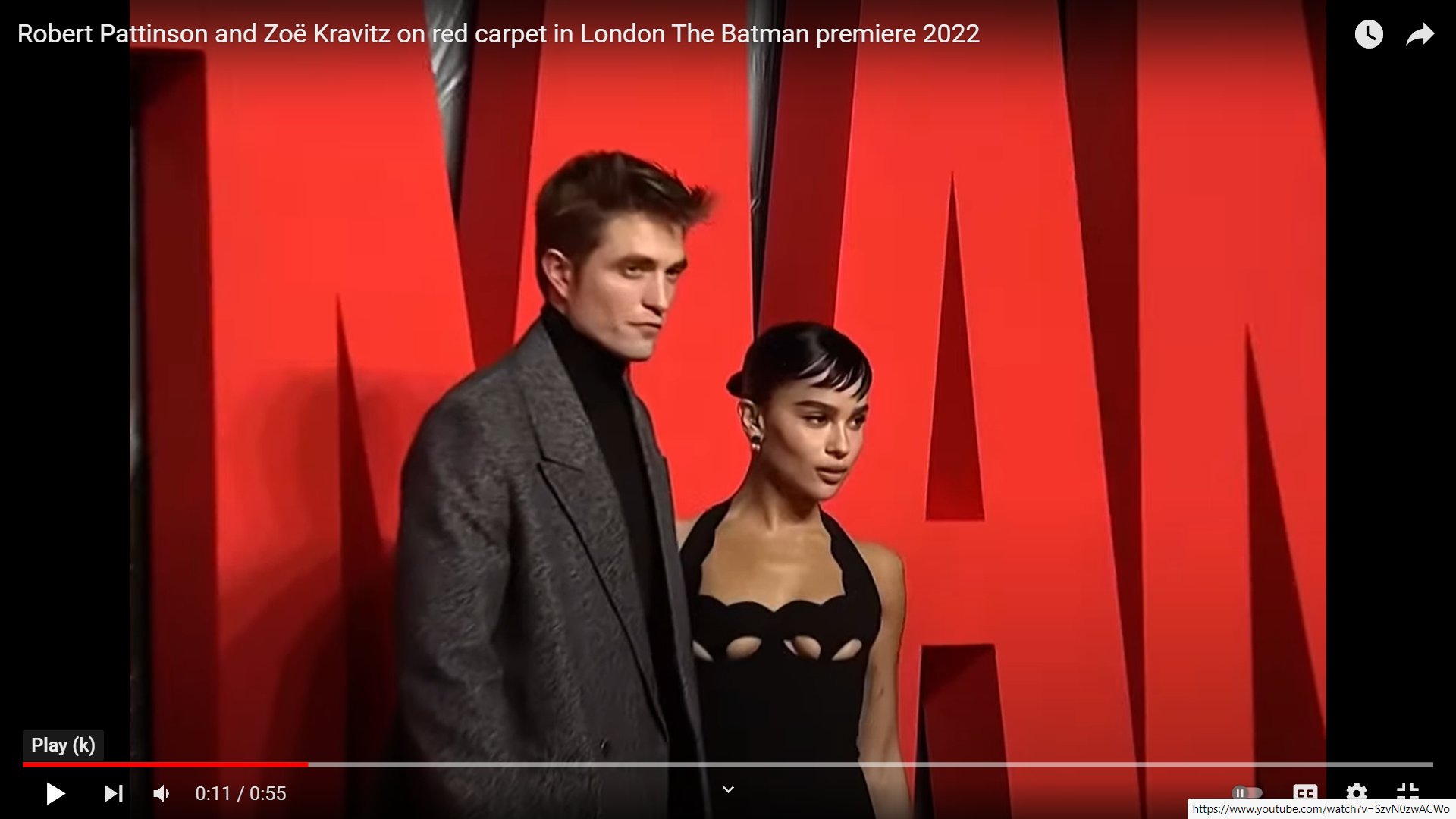 Before we get all Bat-crazy over the PVC, leather, latex, masks, and the noir couture we are sure to be treated to in The Batman (premiering 3/4), Zoë Kravitz gave us a fashionable eyeful during the movie’s press tour in London this week.

The actress who plays Catwoman in the new movie was dressed in a bespoke Saint Laurent by Anthony Vaccarello, sporting super sexy Bat-Signal-like cutouts over her breasts. One might recall the ‘naked’ Laurent dress the lady wore at the Met Gala. In Paris, promoting the film just before stepping across the red carpet in London, she posted a bunch of photos showing off her style, featuring a sleek leather trench.

Really, can Kravitz get any sexier with her couture?

As we reported looking at the scenes we have been ‘teased’ as Selina Kyle/Catwoman, Kravitz wears a costume that hints at a very ‘streamlined’ take on the infamous lady villain. In action scenes, Kravitz is cavorting in a tight black leather suit and balaclava mask and slinking in haute couture when not acting out.

The jury is still out on if and how she uses claws this time around.

Beyond the superhero costumes or fashionable styles we might see in the movie, The Batman has already earned lots of praise. From tweeted pics, trailers, and the stars themselves, the consensus seems to be that cinematographer Greig Fraser’s handed the fantastic landscapes of Gotham City as expertly as he has done with his other work. Fraser has won various awards and is nominated for Best Cinematography for his work on last year’s DUNE.

Fan expectations of The Batman are rather high from all corners.

As expected, at the London outting, The Batman himself, Robert Pattinson, stood right along with his co-star. Revealing his own spectacular sartorial sense, the new caped crusader was wearing an oversize gray blazer with a black turtleneck, and matching gray trousers.