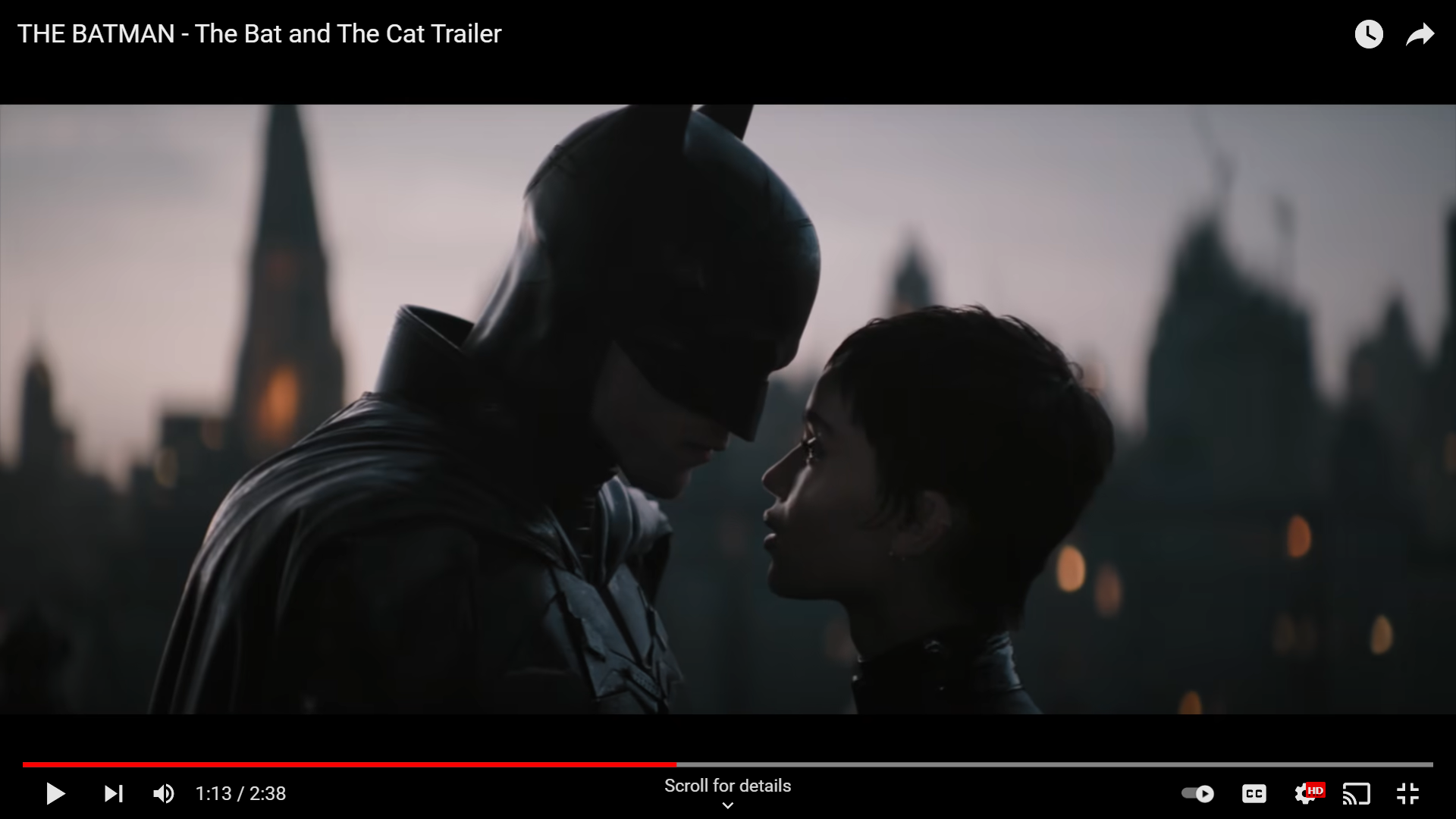 Let the PVC, leather, latex, and armor loose: the new “The Batman” trailer teases us with action scenes, car crashes, rabid cell phones, and most importantly, more costumes details from the latest movie in the Dark Knight franchise.

Are we seeing anything we haven’t before, considering all the fan leaked images, poster art, figurine speculation? In this trailer and from a new poster for the movie released this week (happy holidays to us all, it seems!), we know Robert Pattinson’s Batman suit, arguably one of the most iconic costumes in all of movie-dom has a more lightweight look than those of the past (sorry, no nipples this time). Two pieces of metal form the shape of a bat on his chest, with lots of speculation that these are pieces of the gun used to kill Bruce Wayne’s parents, way back when. The suit also seems to feature only one color across it and a raised collar. The infamous Batman cowl also appears to be more fitted this time around.

Zoë Kravitz’s Selina Kyle, a.k.a. Catwoman, is streamlined as well. Catwoman has always been, in a word, ‘slinky’ with her couture, but according to what we see here and the poster, Catwoman slithers, jumps, and executes some rather expert martial art moves zippered into a tight black leather suit. Her balaclava mask earned many postings when it was first revealed a few months ago and certainly lends even more sexiness to an already too-sexy character. There has also been some talk about Catwoman’s nails/claws this time around, which Kravitz has spoken about, but alas, we don’t see any of it in the new trailer or on the poster.

We also see Selina in a red wig and Bruce Wayne, in a hooded jacket, in a club…their obvious party attire. As well as catch another glimpse of Wayne in his simple black suit, white shirt, and skinny black tie.

Are another trailer, more posters, and fan speculation in our future until “The Batman” premiers in theaters on 3/4/2022 and on HBO Max on 4/19/2022? You don’t have to be the superhero vigilante crime fighter to figure the answer to that question.