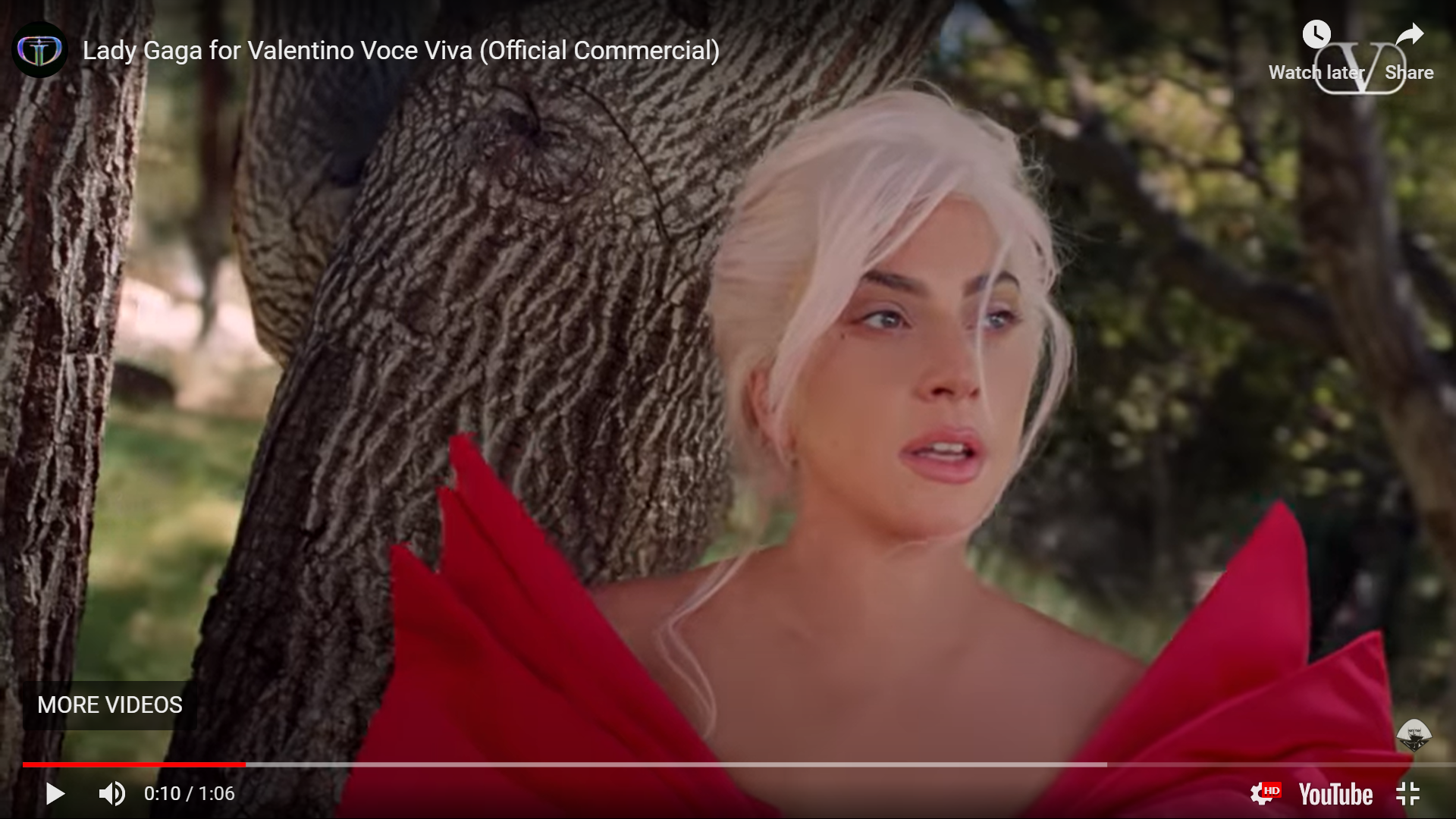 Making shocking runway appearances in a meat dress or rockin’ some latest latex couture (even at times sporting a Dawnamatrix Design), we all have come to expect the unexpected with Lady Gaga. In her latest twirl under the cultural spotlight, house of Valentino’s creative director Pierpaolo Piccioli called on the music diva to sell his company’s new Voice Vivafragrance.

This past July’s filming across L.A. and Barcelona produced this recently dropped advertising music video. As she has plenty of times before, Gaga wears a gown in the clip designed by Piccioli, this pink haute couture made for the Valentino Couture show in Beijing in 2019. And as has been true for a great many of her more recent outings, Gaga’s crew of makeup artist, Sarah Tanno, and hairstylist Frédéric Aspiras were also on hand.

Don’t leave home without them.

The song featured on the video is “Sine From Above,” from Gaga’s Chromatica album. And along with the star, there are plenty of other stunning model moments (see the picture below). This perfume’s clip is a lush music video in every sense of the word.

Pierpaolo Piccioli said in a press release of why he picked Gaga to represent the new scent: “Lady Gaga means freedom, self-consciousness, pure heart. Her participation in this campaign elevates the symbolic power of the project to the highest level. She is the icon of a generation. Her message of freedom, passion for art, self-consciousness and equality is the same our Valentino community stands for. I am so proud for having her in.”

Surely, a face and voice as well known as Lady Gaga’s, is going to ‘push’ product. But the marriage of her song “Sine From Above,” and how perfectly Piccioli has dressed the diva in the past (plus Gaga’s Italian heritage that Piccioli noted in some Instagram posts recently) make for another smashing, high-cultural collaboration between the star and the designer.