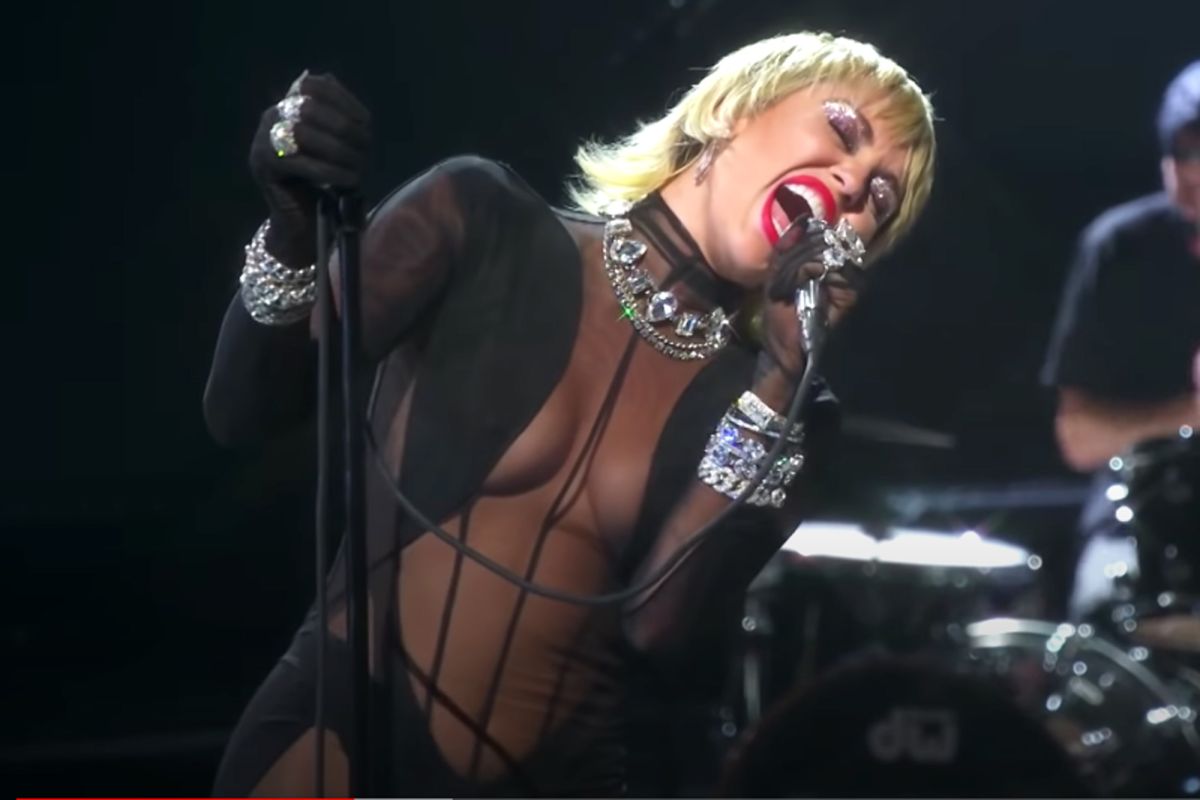 We’ve all been holding out hope for latex, lace, leather, and PVC to be revealed across the haute couture in the ‘new normal’ round of award shows, Instagram influencers posts, and video performances. So far, the pandemic hasn’t seemed to have cut too deep a cut in what our brightest and best are daring to wear.

As is evidenced this week by…

Zendaya, the youngest recipient of the award for “Lead Actress in a Drama Series,” sported two different outfits during the Emmy broadcast. The 24-year-old was first seen in a Christopher Jon moire and silk taffeta gown, and later, when accepting her award, wearing a sparkling top with a long pink polka dot skirt. Schitt’s Creek, making its own history, winning the most awards for a comedy series in its final season, saw its creator and one of its stars, Dan Levy wearing a Thom Browne gray suit jacket and matching knee-length skirt. But, in a sure sign of haute couture in this time of self-quarantine, both Jameela Jamil and Rachel Brosnahan were wearing pajamas for the broadcast.

Miley Does It Again

Miley Cyrus once again grabbed the spotlight as much from her performance as what she wore. Closing the iHeartRadio Music Festival 2020, Miley performed four songs (starting with Blondie’s “Heart of Glass”) while cavorting in a sheer black Thierry Mugler catsuit. With black material strategically sown into just the right places and accessorizing with chain bracelets and other clunky jewelry, Miley once again made her appearance extra sexy special.

Model and Instagram sensation, Laurence Bédard once again showed off her tatted body in a mini that seemed to make the week. Wearing a short leather skirt sporting a floral lace hem, with a wide band at her waist, the lady’s 2.8 million followers posted their panting over her latest post, once again proving how popular Bédard is.

Fun, flirty, and even alternate couture, marches on.