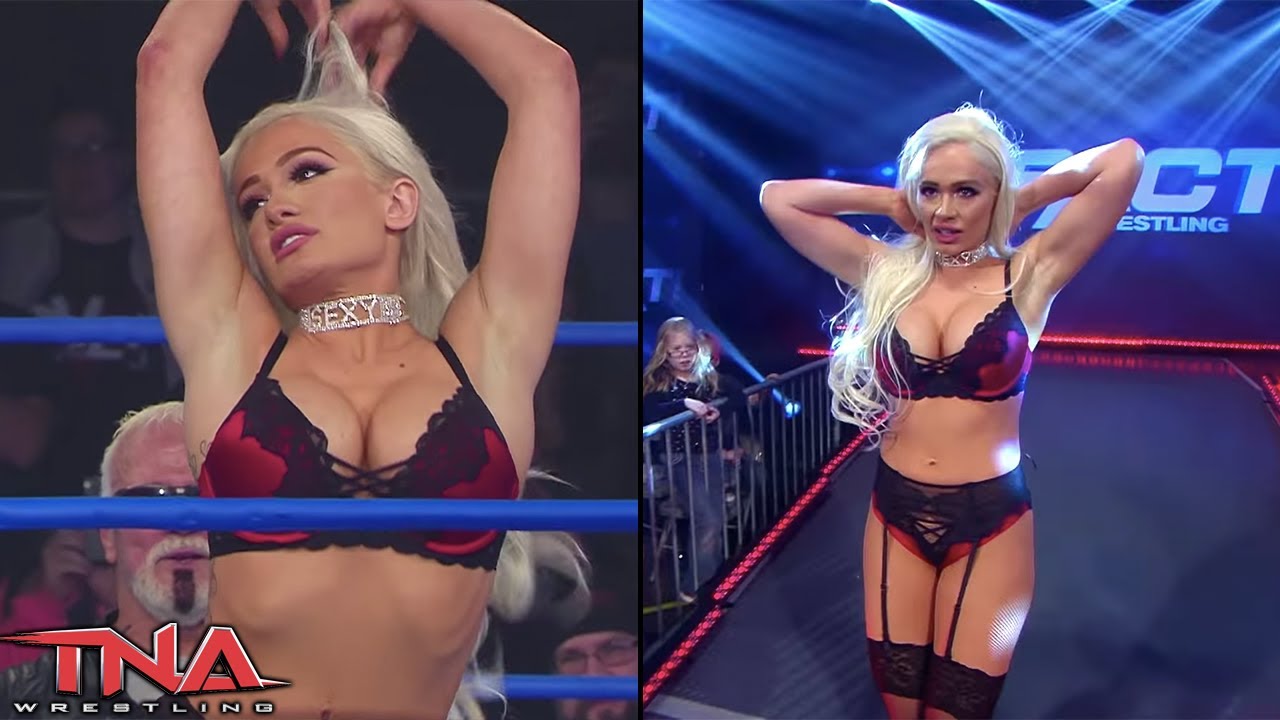 A month or so ago, we introduced you to a little plastic lady wearing some Dawnamatrix latex. Specifically, this was the Mattel action figure of ex-WWE NXT star Scarlett Bordeaux wearing a replica of our Spiked Bodysuit that she had worn, for real, in the ring. Now Bordeaux has posted a picture of herself wearing a black leather bodysuit open at the sides and a matching hat.

This is one lady athlete who knows her way around alt fashions and statement-making.

In a recent post on the Ringside News website, Bordeaux shows off the first of many photos from a recent OF shoot she just did. Claiming that she will “teach fans a lesson,” the thirty-year-old posed on Instagram wearing her sexy outfit (which you can see by going here). More photos are seemingly available for those who want to ‘learn’ further by clicking the lady’s bio.

Scarlet returned to the ring last month during Wrestle Pro’s Killer Instinct in Rahway, NJ. She has been furthering her career on her OnlyFans account and wrestling independently. Having entered the wrestling arena and public consciousness as part of the Karrion Kross wrestling routine, Bordeaux seems to be going her own way with where she wants to wrestle and the wardrobe she wants to be seen in, out, and in the ring.

There have been beautiful lady wrestlers appearing in the ring since the sport’s inception. These days with lots of different wrestling shows, various televised divisions and a wide range of costume couture available for ladies, as much as men, (and of course, social media to spread personalities far and wide), wrestlers like Bordeaux appear larger-than-life. Their backstories, controversies, and connections are exploited well beyond where and when they first appeared as they all seem to continually teach us something about sports, fashion and culture.