Scarlett Bordeaux is here to wrestle you with latex 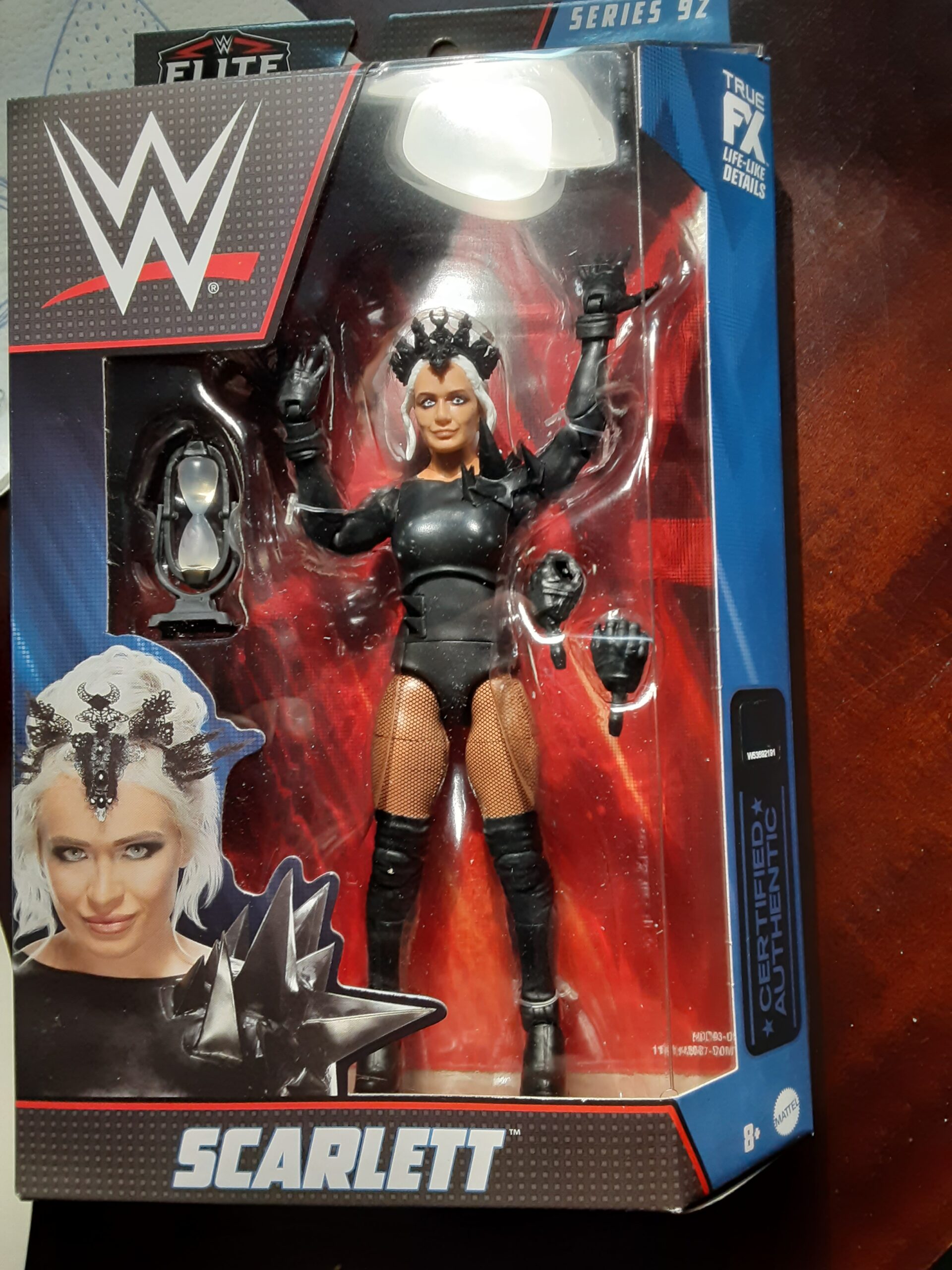 She arrived today, a formidable little lady, wearing a miniature Dawnamatrix latex outfit, standing smiling from the clear plastic window of her box. As we’ve mentioned WWE NXT star Scarlett Bordeaux wore our Spiked Bodysuit in the ring, and a new action figure, of the lady wrestler wearing that outfit has just been released.

The advertising for the action figure states: “Sharpen your claws with Scarlett in Mattel WWE Elite 92! The Karrion Kross’ other half includes a wild-eyed headsculpt and removable black crown accessory. She’s also sporting black ring gear with spikes on the shoulder and stomach and is wearing stocking patterns with jointed knee pads and high-heeled boots. She also includes an interchangeable pair of claw-handed accessories and a lantern accessory!”

Those accessories and outfit this action figure wears are all our creation! How cool is that?

As you can see from the pictures on the box (and as even a novice action figure collector knows, the box the figure comes in can be as important as the figure itself) features some fantastic pictures of this lady wrestling star in our wardrobe.

At the time of the announcement that this figure was being released, Scarlett had some things to say on social media (she seemed to like the likeness, but not so much the WWE for releasing it after they had fired her). But her reactions don’t diminish our thrill at holding her figure in our hands.

We have enjoyed many accolades in our years of latex designing. We have dressed music and movie stars both, won international competitions and have received scores of emails from people who have as much ordered directly from our catalog as those who thank us for the bespoke latex wardrobe we have made them. But being able to see one of your latex designs ‘come to life’ on a Mattel action figure is a thrill like no other.

We knew little Scarlett Bordeaux was coming, as we did indeed blog about it earlier, but holding her now (albeit still in her box) is truly amazing.

You can buy the Scarlett Bordeaux figure here.