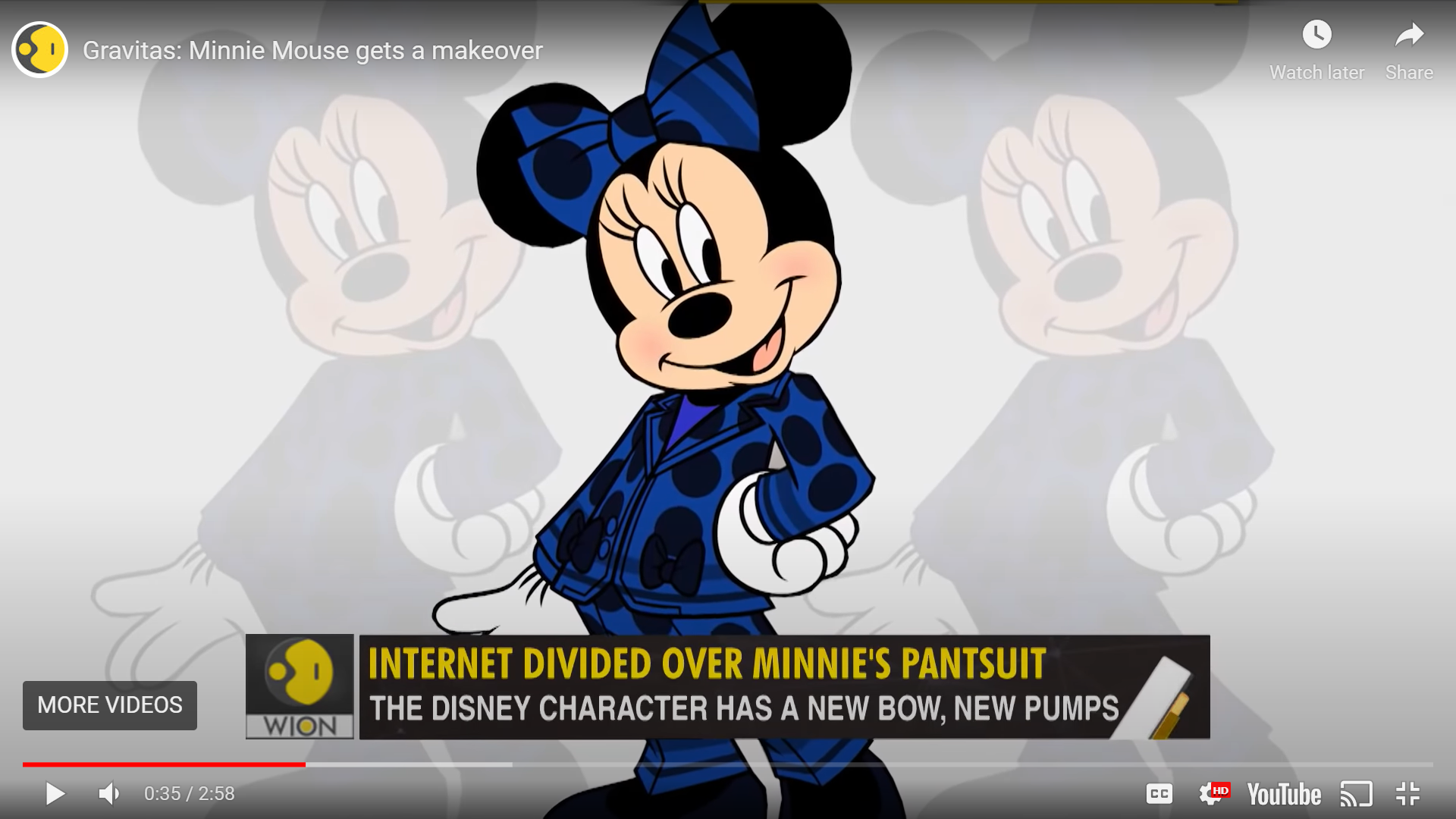 They might not be putting her in a latex corset, but paraphrasing Bob Dylan “her costume, it is a-changin’.” And the change is coming to Minnie Mouse.

Celebrating Women’s History Month in March and Disneyland Paris’ 3oth anniversary, designer Stella McCartney has been enlisted to modernize the couture of the famous lady cartoon character. Gone will be her polka-dot dress, red bow, and white bloomers. Instead, Minnie’s updated wardrobe will be a blue pantsuit with black polka-dots. In addition, she will be accessorizing with black pumps instead of yellow shoes and will still be sporting her bow, matching the colors and dots of her pantsuit.

“I am delighted to be working with the one, the only, the iconic Minnie Mouse,” McCartney said in the statement. “What I love about Minnie is the fact that she embodies happiness, self-expression, authenticity and that she inspires people of all ages around the world. Plus, she has such great style.”

For Minnie’s McCartney pantsuit, the designer has repurposed one of her blue tuxedos, made from what she assures us are “responsibly sourced fabrics.” McCartney has also been enlisted to market a Minnie Mouse T-shirt to coincide with International Women’s Rights Day.

The pantsuit is not the only haute couture update Disney is seeing. In this video released from Disneyland Paris (the picture below from that video), “Mickey, Minnie & Friends” are enjoying some new shiny costume changes for the park’s 30th anniversary.

Despite the complaints from people like conservative author/commentator Candace Owens, Minnie has indeed worn an array of different outfits through the years. For the current Walt Disney World’s 50th Anniversary Celebration, she wears a dress reminiscent of what she is wearing for the Paris celebration with no polka dots at all. And she has even slipped into pants a time or two, wearing overalls and tracksuits. And Captain Minnie on the Disney cruise ships, wears pants as part of her uniform.