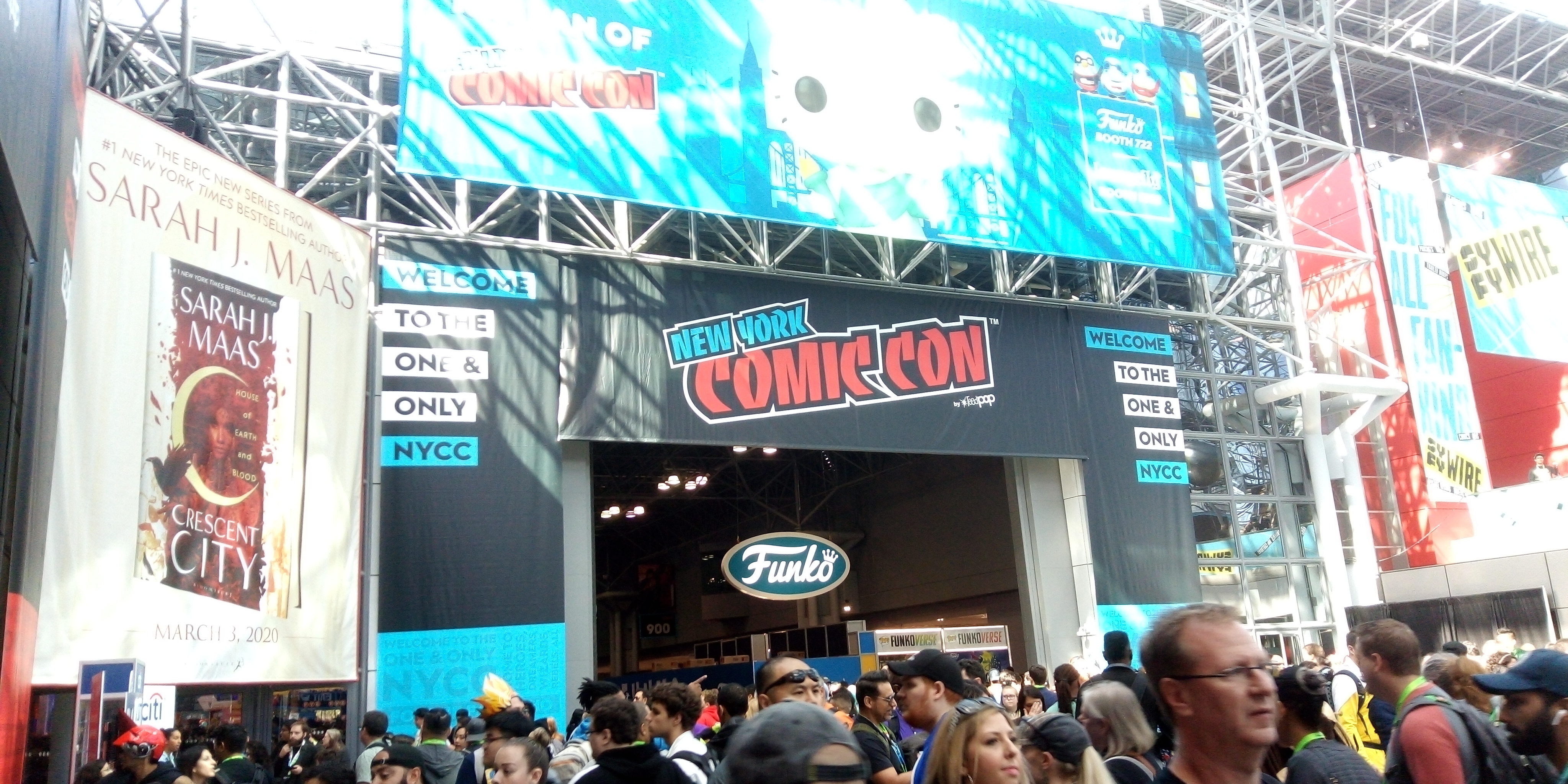 Latex couture, copious body paint, and lots of skin (male and female); once again, NYC Comic Con 2019 did not disappoint. Very much filled to the brim with cosplayers, like Dragon Con in Atlanta that we recently attended (see here), what seemed to come across loud and clear at the Jacob Javits Convention Center 10/3-10/6 was how much fans of the fantastic like dressing up.

To be sure, there is lots of fantastic stuff being fostered on fans these days. The live interview stage at the convention saw a sure sign of many a cast from many a present show delighting the crowds with inside stories. Then there were the offers from DC and Marvel, some of which were the costumes of the upcoming Birds of Prey (and the Fantabulous Emancipation of One Harley Quinn) movie on display (see below). But there were also ‘interactive’ booth experiences for fans of game platforms as well as T.V. series. And of those series, one could as much enjoy a premier or two from “Outlander,” or a peak into Netflix’s “Lost In Space” second season, as catch the filled-to-the-rafters AEW wrestling panel.

Whether one is streaming their favorite, catching the new “Batwoman” on ‘regular’ network television, or adding their tariff to the record-breaking Joker box office (and Joker opened this weekend of Comic Con) fans are grabbing their fantastic fare every which way they can.

Once again, though, it was the cosplay that truly made Comic Con. For the second year in a row, we were all reminded that “Cosplay is not Consent,” which this crowd fully realizes and respects. But the people dressing for a convention like this, be it in Atlanta, New York City or Japan want to be seen, have their photo taken, gawked at. The display of amazing costume designs is empowering for the dresser as well as the photographer, or even that passing gawker, everybody enjoying the creativity and confidence.

As it always should be.