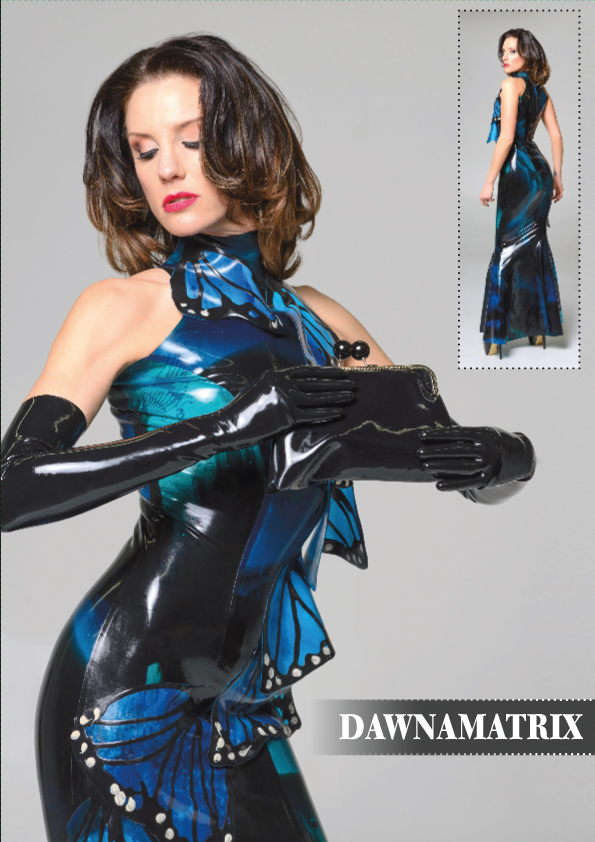 We are certainly proud of our latex fashion designs being featured in high-end couture magazines, mainstream commercials, in videos and on T.V. shows. We have always regarded what we do as ‘art’ and treat rendering and creating latex as skills we hold dear.

But there is no denying the sex.

A latex catsuit, rubber clothing, fantasy costuming is damn sexy and is used often for characterizations of naughtiness that can range from coy expressions of sexuality, to outright kink and fetishes. It all works for us, from the high couture to the tie-me-up-for-a-spanking scene (in real life or film); like you all, we are just tickled when the latex is brought out, in any way it can be!

The sexiness of an ‘alternative’ wardrobe, non mainstream fashion is seen time and again (so much so in fact that many a layman fashionista-if there can be such a person-often comes to link latex/rubber/PVC clothing as being always about something sexual) as we have reported often and is seen in stark example on the new Showtime offering Billions.

Seeing the shots we have included here, from Marquis Magazine’s relaunch issue, you can see some specifically sexy turns of Dawnamatrix clothing. Marquis certainly marries alternative couture with fetish, having done so for many a year and now returning to their edict and we are thrilled to have made their comeback as we reported before.

But these pics, the “Billions” opener, what we all know all too well affirms the idea that, sometimes alternative fashion does indeed equal…sex.