Where Fetish And Fashion Meet For A Busy Working Model 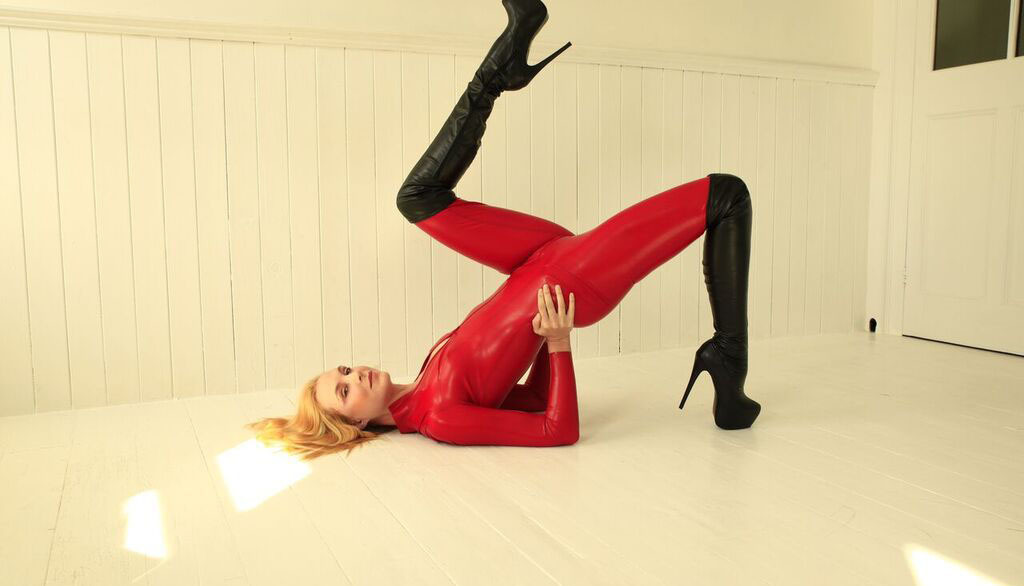 Modeling anything from latex outfits to swinging in bondage rigging to working London Fashion Week, the stunning super sweet Joceline Brooke-Hamilton (also known as Ariel Anderssen and Amelia Jane Rutherford to her fetish fans) is one busy model. Successfully working in mainstream and fetish fashion, on scenes and shoots and runway-and completely open about all she does-the leggy lady claims, “I’m not secretive about what I do. Broadly speaking I’m happy for people to find out who I am and actually it helps with a shoot if someone books me under a specific name so I know what they are expecting.”

Booking those fashion shoots, the flights to get to them, starring in and directing spanking films, basically running her brand (just recently Joceline hired a PA for the very first time, she is so busy) this Sussex-born lady has insulated herself from those moments when a potential mainstream client may have balked booking her because they might have found out about her fetish/alternative work.

“If there have been some people who wanted to book me for mainstream stuff but found about my other work and decided not to book me, fortunately, I’ve never had to find out that that’s happened,” she says. “It’s one of the things I really like about being a model without an agency, you don’t have to go to castings, so you don’t have to meet the people who don’t already want you.”

The ‘mainstreaming’ of fetish fashion, of course, is something on even the most casual fashion fan’s radar, as it is on Joceline’s agenda. But due to a knee injury four years ago Joceline had to take time off from her mainstream work and concentrate on fetish. “A lot of vanilla people think the fetish work would be harder on my body but actually the mainstream stuff is because in those shoots people want to use my dance background and I end up doing stuff that’s more destructive to my body.”

And Joceline does get to marry her love of fetish with alternative couture when she’s able.

“I do love the fetishization of clothing. I do a lot of knitwear bondage stuff for example and hosiery, given my physicality. When I started there was much more conservative stuff in the mainstream, now we see alternative fashion weeks and models can walk runways from major designers wearing latex….although with latex it is sometimes hard to fit me ‘off the peg,’ as it were, as my legs are too long.”

Thank God for bespoke, we say.

“Mainly, I think of myself as a naked fetish model,” Joceline advises us of something her fans are certainly happy to hear her declare.

In 2017 Jocelin will be traveling the globe as she has done for years, from her many shoots across the U.S. to working in Kenya, Fiji, India, to name but a few of the places she has been. “I think the world is divided between people who see traveling for work as an imposition, and those, like me, who see it as something quite wonderful and exciting,” she says.

Jocelin will be traveling well into 2017, and working hard as ever. Check out this busy lady at these various links: below: