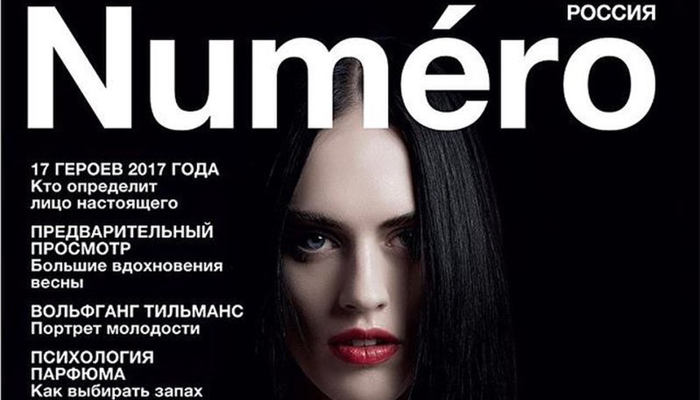 We can’t really say how warm or cold wearing latex clothing in a Russian spring might be, but magazine Numéro Russia declares: “No more lace, ruffles, and veils: the most sensual textures of the new spring-vinyl, latex, and plastic.”

Of course, we’re happy to read this assessment. And we couldn’t agree more on their wardrobe choices.

In the pictures you see here model Sarah Brannon wears various Dawnamatrix accessories: a custom open faced hood, Premium Thigh Highs, Opera Length Gloves, and Underwire Bra for a photo shoot that appears in Numéro Russia’s latest issue. We have worked with Sarah before-in a recent issue of Interview Magazine-and it is wonderful to dress this super supermodel once again. Stylist Christopher Maul’s attention to detail is impeccable in these striking ensembles and the pictures by Marie Schuller are stunning, as you see. To have our haute couture featured in such a prestigious fashion magazine, in Russia no less, is an honor, truly.

Launched in March 2013, Numéro Russia featured Naomi Campbell as their first cover-girl. Ex-Vogue contributor Andre Leon Talley made his debut in that issue as the magazine’s editor, as much leading the print as online versions of the publication to bigger and better versions. Superstar models such as Ashleigh Good and Soo Joo Park have also appeared on the magazine’s cover. Numéro was founded in the late 1990’s by Elisabeth Djian and published first in France. Djian announced she was making a magazine for the “intelligent, smart woman who wants to read about art, design, music: not about stupidity.” Numéro Toyko, Korea, China, Thailand, Russia and Berlin soon followed to find those smart ladies.

Whatever the U.S. relationship with Vladimir Putin might be in the future, here at Dawnamatrix we have always thought of ourselves as global ambassadors of latex good will for any person or place, anywhere across the globe.

За нашу дружбу! we say to Numéro Russia and you all.