We Dare You To Watch Rihanna’s “Kiss Me Better” Video 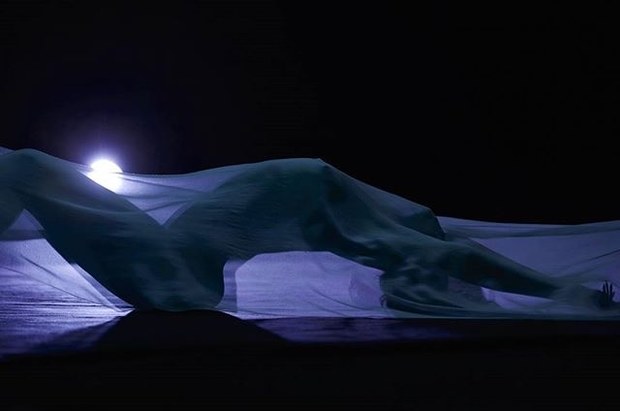 We double-dog dare you to log onto YouTube tomorrow, not so much in search of some latex outfit couture or even the latest celeb wardrobe fail, but for what is being called “the first ever pop R-rated video.” Rihanna will be releasing her Kiss Me Better video to the world, and if the stills and buzz that’s already been released are any indicated, RiRi might just stay in the news for a week.

What bloggers are already on about is what Rihanna isn’t wearing in the mini-movie, more than the wardrobe that she is wearing. She writhes seemingly naked under a thin sheet as a blue, then orange light washes over her. She cavorts in a pinstripe suit jacket with a sheer top under, twirls in the same jacket wearing high-waisted frilly panties, poses in copious silhouettes sans clothes.

It seems for her new Anti album, the 28 year old singer is baring more than just her soul.

While this video was shot in December of 2015, Rihanna has held out until the last day of March to release it. The video follows her double single ‘drop’ today of “Kiss It Better” with the song “Needed Me” (listen to your radios and you are bound to hear either or both presently.)

Considering that we are bombarded with daily Instagram pics of naked women and men (A, B and even no-list celebrities); far and away from those years when Madonna was making waves with fetish clothing styling; Kardashians threatening to break the net almost every week and Rihanna herself having exposed herself plenty in sexy costume designs already, one wonders if the actual video here will have staying power beyond all the talk about it…before we even get to see it.

Surely this talented lady is worth taking a long lascivious gander over, and the song is sure to be an instant classic. But will the first R-rated pop video rate much more than a passing notice beyond this week?