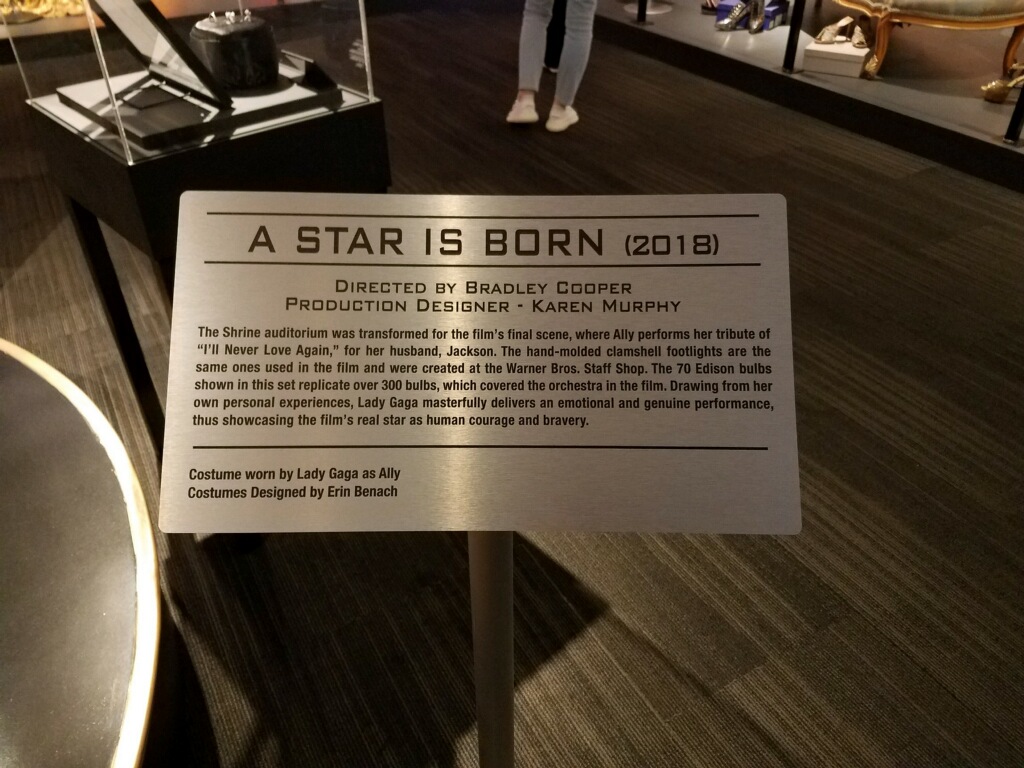 We know that they make PVC, leather and latex costumes expertly. And surely their styles and wardrobe pieces have entered the public consciousness enough that they have become iconic. But the Warner Brothers Studios Tour has ‘upped the ante’ on their game recently in what they are showing to the public of their costume collection, allowing the public into view both an Aquaman/Wonder Woman DC collection as well as displaying wardrobe pieces from Crazy Rich Asians and the Lady Gaga/Bradley Cooper A Star Is Born.
It’s no surprise that one would see costumes from My Fair Lady or Casablanca on this tour. In fact, visitors are pretty much paying their money to be steered through studio back-lots as much as view the array of props and costumes from well-known shows and movies. But with these recent updates to the tour, additions like the DC floor of an enormous storehouse display and showcasing props as well as costumes from A Star Is Born, W.B. is keeping things moving along as commercially viable as possible.
The Crazy Rich Asians’ display showcases a small variety of the startling rich range of the clothes worn by the characters in the movie. The many stations of the A Star Is Born exhibit, reveal mostly pieces worn by Lady Gaga (there’s a jacket, jeans and guitar included too from Cooper’s “Jackson”). Her “Ally “ indeed runs through quite the transformation during her rise to fame and her various ‘looks’ are seen here. What’s nice about most of Warner Brother’s stuff, from these new displays to ones that have been around a while, is that visitors get to see the actual costumes worn by the actors. (And one can marvel at the amazing shape a Gal Gadot has to be in to fit into her ‘second skin’-like pieces, or sigh over how truly hunky Jason Momoa is!)
Let loose to roam Warner’s studio one wonders what else one might be able to find. These new additions to their famous studio tour are priceless though…and well worth seeing. Photos: Anna Rodriguez