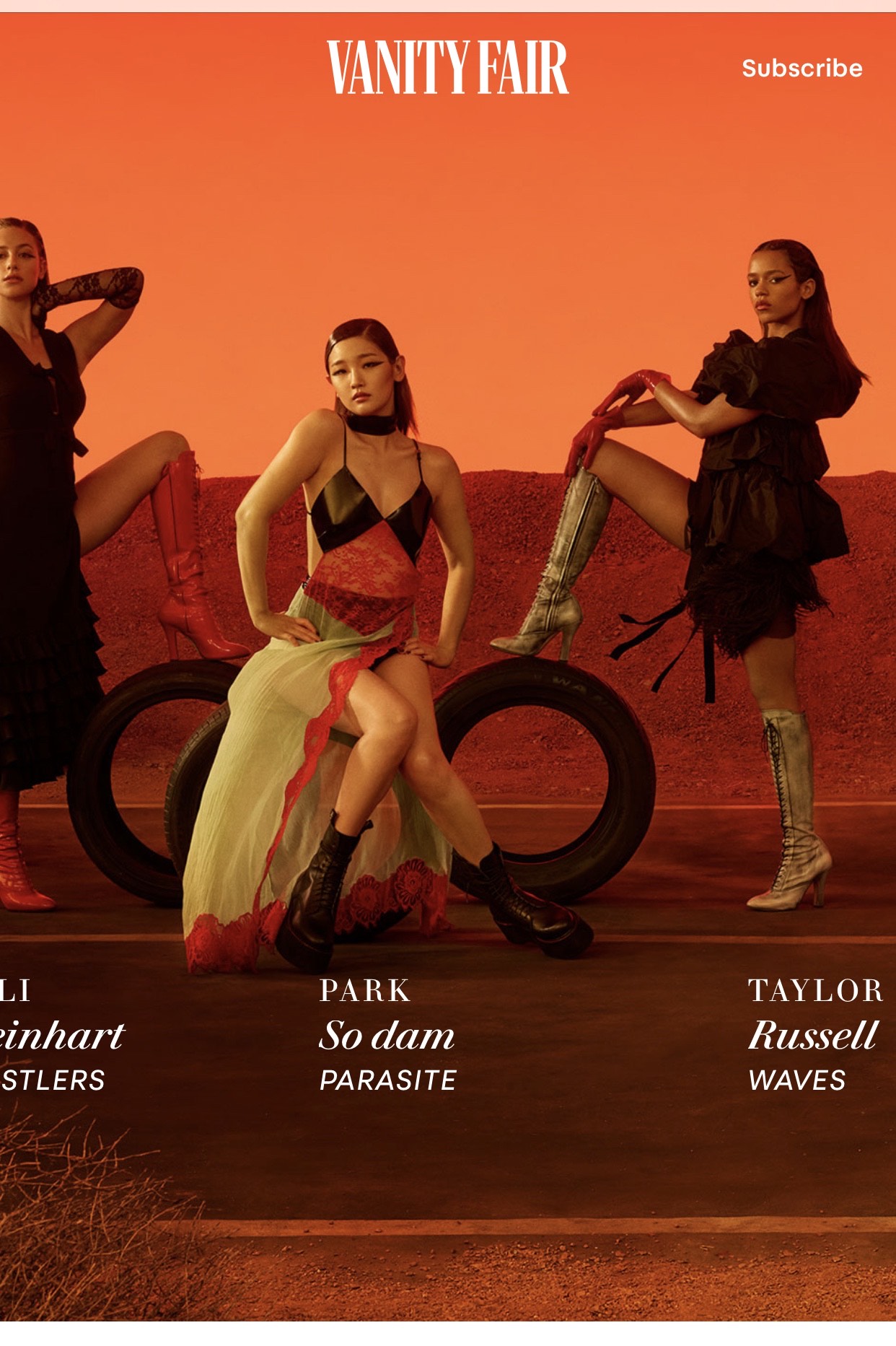 We are thrilled to report that a Dawnamatrix latex accessory is featured in this year’s Vanity Fair’s 2020 Hollywood Issue.

(See the litany of pictures at this Vanity Fair online link).

Boasting a photo shot that included more than 400 pairs of shoes, 100 gowns, and tons of jewelry, we are honored to have made the sartorial selection. We sent a bunch of wardrobe pieces and other latex accessories to the Vanity Fair team back in October. As it is with these kinds of shoots, lucky to have been involved in some like this in the past as we have been, we then waited to see what, if any, of our latex couture might make the shoot. Promptly, we got stuff sent back, with one noticeable exception, a pair of red Wrist Length Gloves.

You will see actress Taylor Russell wearing these gloves in the picture attached here as well as in one of the photos in the link above. Russell stars as ‘Judy Robinson’ in Netflix’s reboot of “Lost in Space,” appeared in the film Escape Room, and was honored at the Santa Barbara International Film Festival for her acting in the film Waves.

Of course, we had no idea how (or if) our gloves would be used, until we saw the pictures from the Hollywood Issue this week.

Seeing our latex couture in high-profile magazines like Vanity Fair is exciting, to say the least. But to be featured in this very special yearly collector’s edition of the magazine is truly humbling. We want to thank everyone at Vanity Fair for including us and applaud them all, actors, photographer, stylist, and set designer (and their assistants) for such a winning piece.