Tina Fey & Poehler Have The Last Laugh On #squadgoals 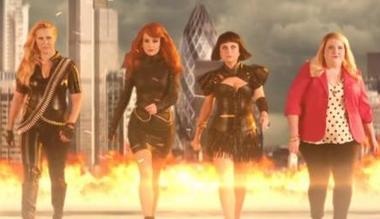 Lets face it, you and I simply do not have friends like Taylor Swift, no matter how great our latex harness might look on us or how many Instagram followers we might have. What has been determined to be one of the high fashion statements of 2015, Swift and model friends like Martha Hunt, Gigi Hadid (and others) made it a point to take selfies of their ‘hangs’ and post those pictures across enough of the net this past year that they have created what is called the #squadgoals phenomena.

But as we have seen time and again, any good cultural game changer sees some mocking.

Superstars in their own right, funny ladies Tina Fey, Amy Poehler and some heavy weight celeb lady friends (like Amy Schumer) took on the idea of squadgoals in an SNL parody of Swift’s “Bad Blood” video when the Golden Globes/”Sisters” movie pair hosted Saturday Night Live just this past week. Called “Tina & Amy’s Dope Squad” the  video included appearances from Fey and Poehler’s gynecologist (yes, they actually go to the same lady parts doctor) their nannies, the afore mentioned Schumer and even Robert Downey Sr. in their hilarious send-up (see here.)

From Elvis’ shiny gold suit, The Beatles’ haircuts all the way up to Swift and friends, music (pop music especially) and fashion/style has been inextricably linked. Certainly for our tastes we could always see a little more latex couture in the fantasy costuming used in videos (Swift actually sports quite a few ‘alternate outfits’ in “Bad Blood” ) but for the most part fetish fashionistas can be especially happy from what we have seen on and off red carpets of late.

But remember, not all of us can be the cool kids. But Tina Fey and Amy Poehler managed some good fun ribbing on SNL and made us all feel part of their squadgoal. 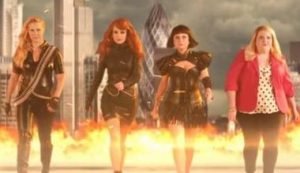