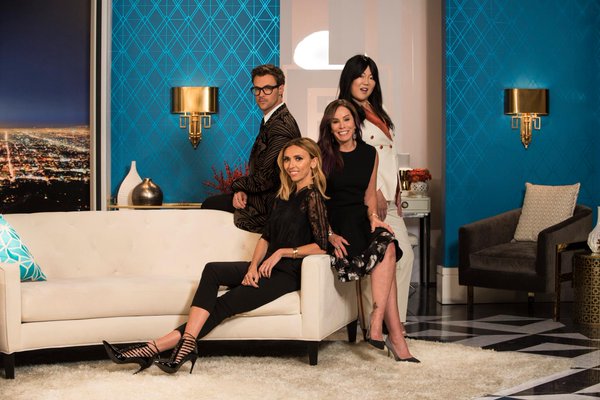 Now this might turn out to be fun…and we might even get to see some latex couture in the process. Margaret Cho has just been announced as the new co-host of E!’s ‘Fashion Police.’ Joining Melissa Rivers, Guiliana Rancic and Brad Goresky, the commediane will be dissing celebrity couture right after the Golden Globe’s telecast. Surely, Fashion Police was ‘spicy’ with Joan Rivers at the helm and even with Kathy Griffin joining and leaving last year. But with Cho, we’ll not only get a whip smart provocateur dishing dirt about celebrity wardrobes and costume designs, but Cho has been known to wear an alernative accessory or fetish gown or two.

Cho, who has been on the show before said, “It makes me happiest to spend time with Melissa, and when I see her laugh at my joke, I feel like Joan [Rivers] is smiling, somewhere.” But beyond the yucks Cho is no stranger to our favorite couture and material. She famously wore a black latex dress for an interview with Jon Stewart some years back, the picture of which still rates high on a Google search and could be easily found among of any of our own latex dresses. Back in the day she even worked as a voice-over ‘girl’ for a phone sex company and at a BDSM collective that created sex toys out of leather and latex. Cho was even on the board of sex positive retail chain Good Vibrations.

How’s that for a woman slightly far left of the mainstream?

As we report on constantly, especially in the past couple of years, latex clothing, fantasy costume accessories, even cosplay has been slipping more and more into mainstream fashion. Who knows what we will see of our favorite fetish fashion wear on celebs in 2016. But someone like Margaret Cho is sure to recognize and further more, point out the more alternate fashions she sees coming across red carpets as she co-hosts the very popular E! show.