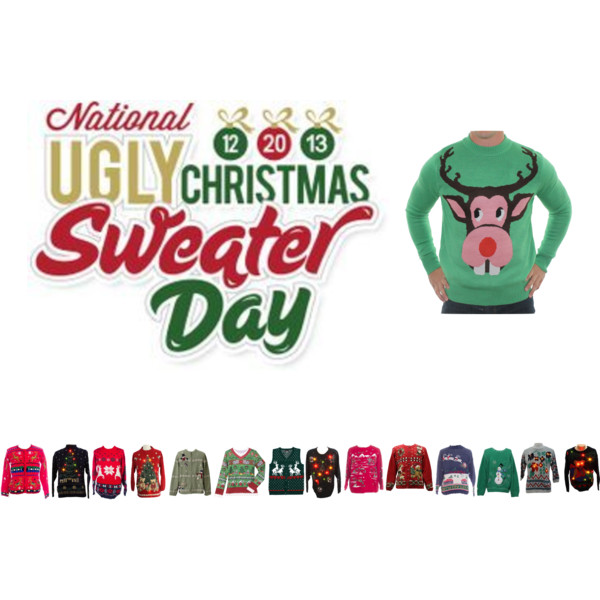 Most of us sporting some sort of latex couture do so to feel sexy, look good, match with other fantasy wardrobe accessories; fetish fashionistas don’t usually go out of their way to call attention to themselves by wearing something garish or even downright ugly. Such is not the case this time of year, as we all too well know, in the case of the ubiquitous Christmas sweater and the Celebrate National Ugly Sweater Day.

Christmas “jumpers” (as they are called in the UK) seemingly came into popular wear after a few famous English T.V. show hosts began wearing more-then-slightly garish sweaters during the festive time of year. It was the mid 80’s-nobody should really be blamed for fashion faux pas from that decade, really-but with singer Andy Williams usually sporting some sweater during his Christmas variety shows on American T.V., Bill Cosby, at the time one of the world’s most popular T.V. sitcom stars practically putting the overly decorative “Coogi” sweater brand on the map, and the U.K. jumper influence, garish sweaters came into vogue.

From there “Bridget Jones’s Diary” revealed U.K. jumper wearing as a plot point, retailers like Target reveal a much heralded holiday line every year (though this year they saw some controversy over one of their holiday design slogans), sites like https://www.uglychristmassweater.com/ make it their business to sell the things and tomorrow in the U.S. we all get to Celebrate National Ugly Sweater Day.

There exists an organization and website to support the celebration tomorrow. You can read about how to exactly participate in the day, buy a sweater from various vendors listed on the site, but best of all you can make a donation to the ‘Make The World Better With A Sweater’ Campaign for the Save The Children charity, go here.

The things might be more fashion question then statement, but at least we can all have fun wearing our holiday worst…and even contribute to a good cause.