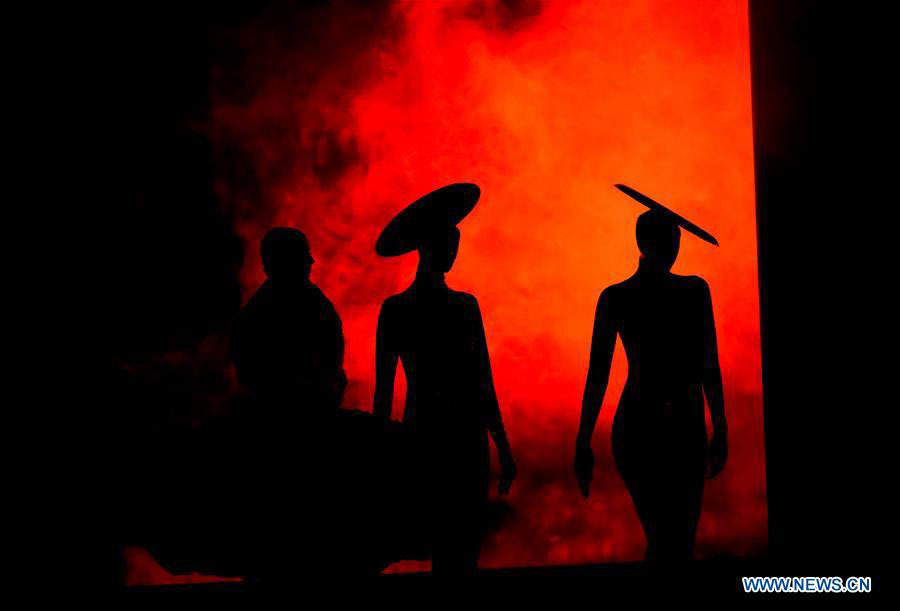 This year’s theme of The World of Wearable Art is exploring “frozen land, hidden realms, and ancient monuments,” as quoted in this article appearing this week (and one where you will see a picture of our entry) was just perfect for our Gemini, the Twins wardrobe. And the judges seemed to think so as well. Angels or devils our two beauties embody both sensibilities with their exalted elegance rendered in exquisite mind-numbing detail Ben, and I worked hard for. The twins’ spiraling patterns cascade over their curves and hypnotize those who bear witness to their pose and saunter.

WOW’s 2019 Awards Competition and Show featured 108 bespoke finalist garments created by 115 designers from 22 countries and regions. Thirty-four awards were given for prize winners to share more than NZ$180,000 in prizes. According to the press release written post the event (which you can access here)​ the judging panel said of our design, “We love the optical illusion these designers have created with ​Gemini: the Twins. It is elegant and powerful, presenting a stunning duality. The contrast achieved is sharp and stunning.”

How could we not be humbled?

As we felt when we first journeyed to Wellington three years ago, and as is evident still, probably even more so, WOW and this capital city are in lockstep in presenting a one-of-a-kind experience for the fashion faithful. According to that article above, “more than 700,000 people would have gone to WOW since it moved from Nelson to the capital in 2005.”

Now, for a third time, those tons of attendees will be seeing a Dawnamatrix Design winner at The World of Wearable Art.