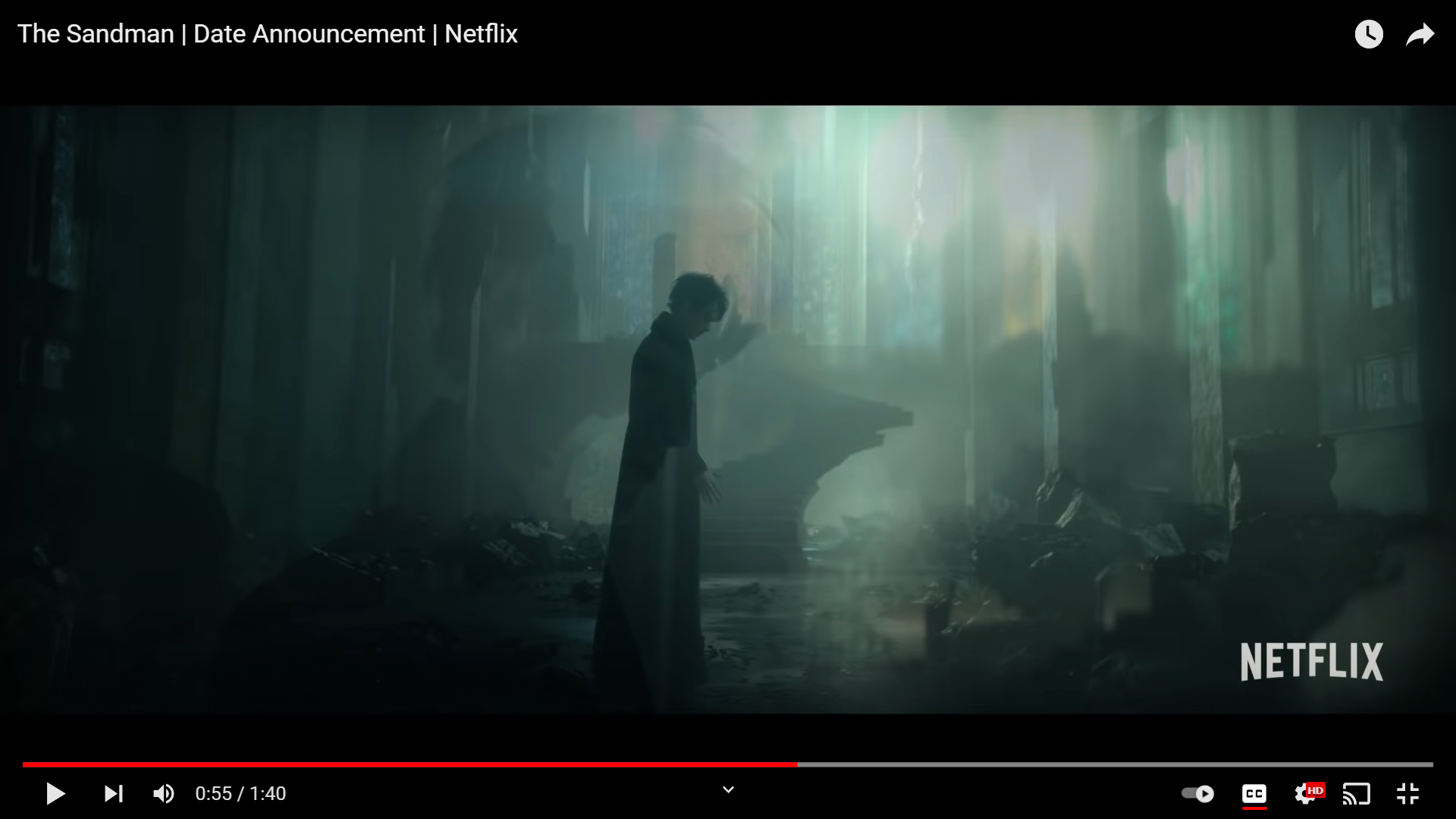 Might we see a latex trench or bodysuit amidst the fanciful gothic towers and evergreen trees, snowy mountaintops, and epic castles? A Sandman trailer dropped this week for its 11-episode Netflix premiere on August 5th, and it looks fantastic.

The famous Neil Gaiman comic series, with Gaiman on board as creator, ex. producer and co-writer here will surely be as true as possible to the source material. The trailer reveals a highly ornate gothic style to sets and costumes, with Tom Sturridge taking on the lead role. Additionally, Charles Dance, Jenna Coleman, and Johanna Constantine are on board. And in news that had fans drooling, Mark Hammill will play an acerbic janitor working the Dreaming world, named “Merv Pumpkinhead.”

During the Netflix Geeked Week presentation, Sturridge called out the series costume designer Sara Arthur, calling her work “magic.” During that online presentation, fans also got to see Gwendoline Christie’s dressed as Lucifer, wearing silky white robes with black wings. But later on, there have been pictures posted of Christie’s Lucifer dressed in all-black shiny leather with two high wing points behind each shoulder.

With Stranger Things series #4 premiering last week and unwittingly bolstering Kate Bush’s 1985 song “Running Up That Hill” to reenter the charts at #8, it’s anybody’s guess what this telling of The Sandman might bring us all. But add this with the Star Wars explosion happening over at Disney +; if one is of a mind, there is lots of fantasy fare to avail oneself of, which will no doubt inspire another yearly round of great cosplay, lots of loyal streaming and imaginations.