the rolling stones rock us some covid-19 relief 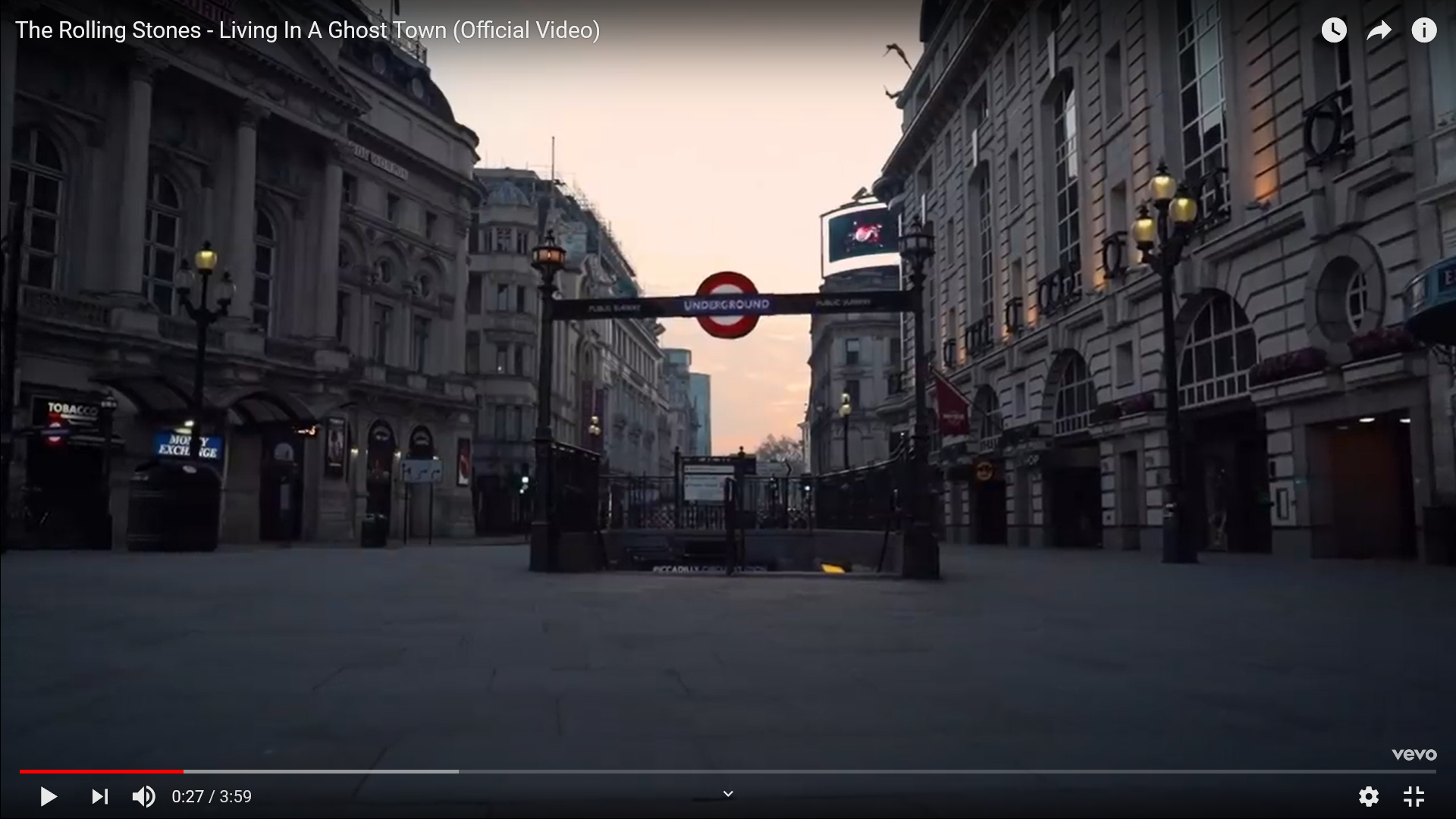 Admittedly, we could still find Mick Jagger strutting across a stage wearing some tight latex trousers. But one doesn’t necessarily think alternate fashion or even wild rock & roll debauchery when one considers the Rolling Stones presently. Still the band—drummer Charlie Watts, invincible force-of-nature, Keith Richards, Ron Wood, and Mick Jagger—gathered together for two COVID-19 quarantine news-making moments just recently…and with one they debut a new song.

First, the band appeared (from their respective homes) on One World: Together at Home, musical benefit show hosted by Global Citizen and the World Health Organization (WHO) on April 18. On the show, they performed their 1968 hit “You Can’t Always Get What You Want.” (see here).

Then, this week The World’s Greatest Rock Band (although that title was loving debated by none other than Paul McCartney last week when interviewed by Howard Stern) dropped the video for the song “Living in a Ghost Town.” Although Jagger and Richards claim the track was cut in Los Angeles months ago for their new album, they couldn’t help but release it now.

The eerie clip shows of the first original Rolling Stones’ song in eight years shows the empty streets of London, L.A. Toronto, among other spots. Interspersed with the fast-circular video shots of the respective empty spots, one sees the various members of the band working on the song in the studio.

The organ/guitar-strut tune is unmistakable Rolling Stones to be sure.

Always at the head of the pack as far as releasing great rock music, and surely at one time, even leading the zeitgeist in fashion and culture, the group of 70-something iconic rockers seem to have captured what most of the world is feeling in this new clip and new tune.

“Living in a Ghost Town,” is available for purchase here.