Dawnamatrix In The Philadelphia Museum of Art book “Off the Wall: American Art to Wear.” 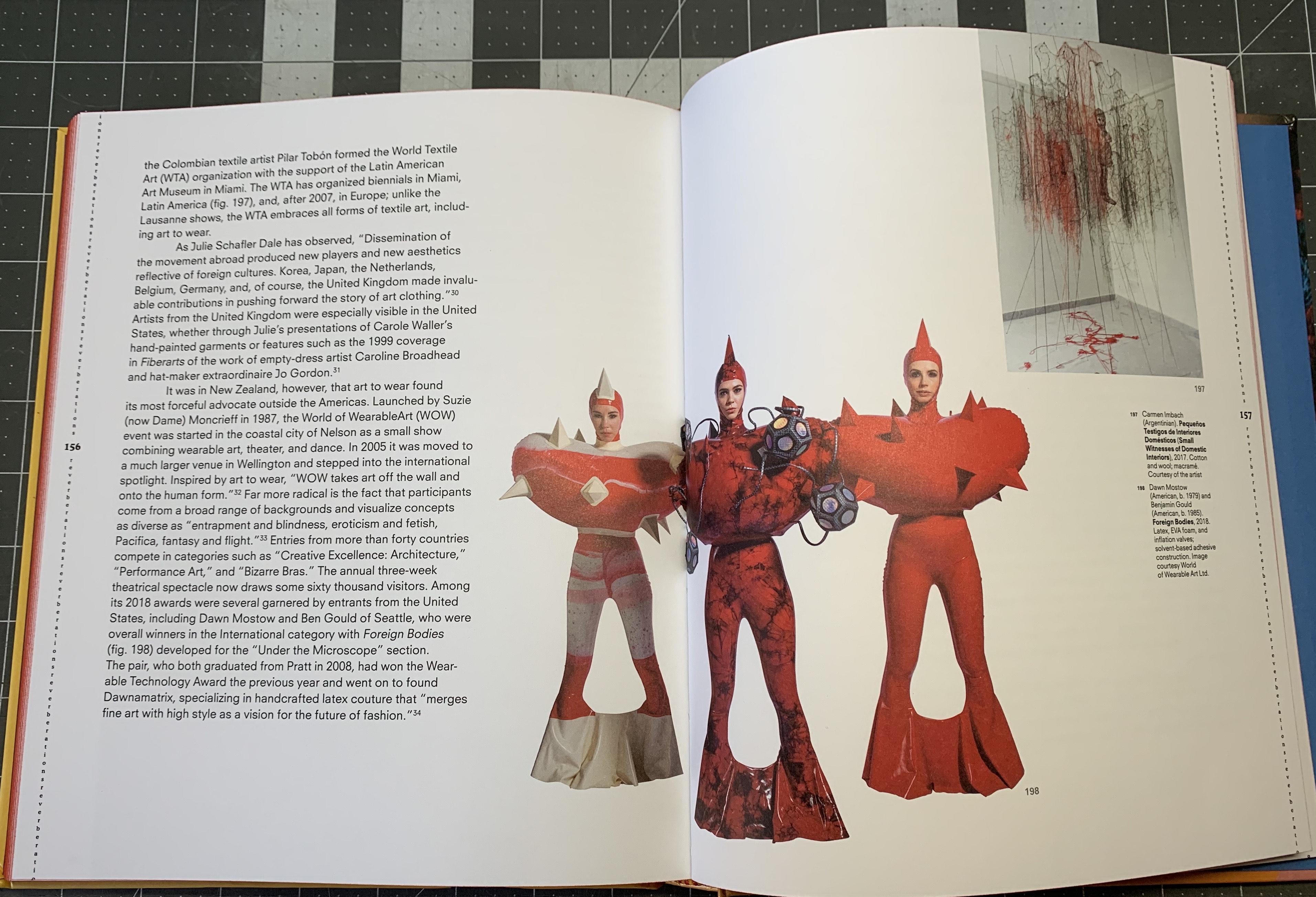 Designing bespoke latex, flattered to have such a diverse population of costumers comes to us for something they saw in our catalog, sending accessories as well as full wardrobe pieces to stylist’s for Lady Gaga, Katy Perry and a quite a few more modern-day divas, dressing models for runways and shows, enjoying a healthy marriage with print media; Dawnamatrix is having a grand old time. But to be aligned with a museum exhibition, in a multitude of the ways the we have been, is something we had long hoped for but could never have envisioned when we first started out making our latex couture. Presently we are featured in the gorgeous Philadelphia Museum of Art book that accompanies its exhibition: ‘Off the Wall: American Art to Wear.”

Once again, we come to thank WOW.

It stands to reason that most clothing designers like to think of their work as textile art as much as something cool to wear. We all view legitimacy in the art world in different ways, just as us alternative wardrobe creators feel a particular light shine upon us when we are recognized by the mainstream fashion world or maybe get one of our haute couture pieces in a mainstream pop video, at the very least. To see some of the work exhibited in a museum (which we have) and to be featured in this new hardcover released by the Philadelphia Museum of Art, and to be considered in such a reasoned academic context, is an honor we will gladly brag over.