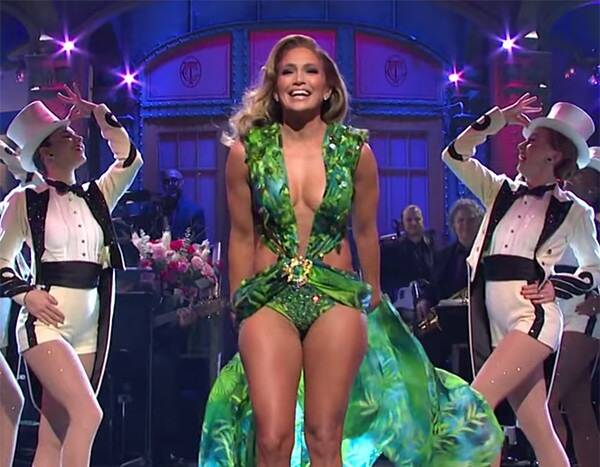 We can’t report on any latex couture managing center cultural stage this week. But with the return of Netflix’s The Marvelous Mrs. Maisel and what Jennifer Lopez revealed on her 3rd SNL hosting, there was still plenty to consider in the world of T.V. costuming.

Costume designer Donna Zakowska has had her hands full with pretty and perfect period recreations for Rachel Brosnahan’s “Midge Maisel.” With the third season premiering this week, Zakowska related how she works her textile art in a recent “Hollywood Reporter” article (see here).

Citing inspiration for Brosnahan’s wardrobe coming from Audrey Hepburn, Grace Kelly and in this new season some Marylin Monroe, the strong fashion icons these women were, wears exceptionally well in the style, sass, and sexiness, of Rachel B.’s empowered lady comic.

This season Zakowska also gets to outfit sly, silky, singer “Shy Baldwin” in his equally silky colorful stage suits. And as much as iconic female fashions influence The Marvelous Mrs. Maisel’s haute couture, Zakowska relates that with season three shooting in Miami, she also took sartorial cues from that lively city’s colors for the clothes she created.

And this week, that dress-heard-round-the-world, the sea-green Versace that Jennifer Lopez made so popular at the 2000 Grammy’s saw a comeback…again. During her opening when hosting Saturday Night Live this week, while surrounded by Rockettes, Lopez was stripped out of her tuxedo to step forward at the end of the segment in a recreation of her iconic Versace.

As we already reported, this past September, Jennifer Lopez modeled an updated version of the dress in Milan while posing with Donatella Versace.

As we come closer to the end of the year, who knows what unique costume reveals or even alternative fashions, we might see on our brightest and best across out T.V.s and streaming devices.

As always, we’re hoping for a little latex.