The New The Force Awakens Poster: No Luke…But Look At Those Costumes! 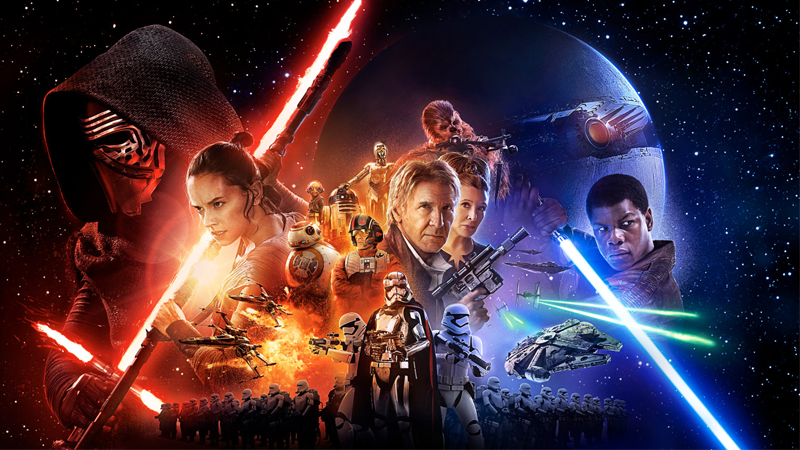 In the rush of all we’ve had in the way of fantasy movies since 1977, one tends to forget the ‘big daddy’ film for cosplay, latex costumes, sci-fi-tinged fetish clothing lovers, arguably one of the most influential films to engender fanatical fandom and costume design dress-up of the modern age; Star Wars. And as surely as we have all heard about the new Star Wars film a’coming via J.J. Abrams and Disney, over this past weekend the poster for The Force Awakens (this is the title of the new film for anybody living on Mars the past couple of years!) was released and has fans as much crying for joy…as wondering.

Main characters new and old are featured on the poster, but Luke Skywalker’s absence on the artwork has been fodder for ripe net rumor (and Mark Hamill, along with Harrison Ford and Carrie Fisher are indeed returning for The Force Awakens as their characters Luke Skywalker, Han Solo and Princess Leia respectively). And though Skywalker/Hamill’s omission in the new poster art has fueled plenty of fan worry and debate (and maybe it is all a clever ploy by the studio to create all the chatter) if one were to study the poster even in passing, one would realize that once again, fantasy costume fans and movie fashionistas have lots to celebrate.

Besides the infamous white helmet Storm Troopers (one is standing center of the poster wearing a cape as well) we get Fisher with her hair in a spectacular updo/bun (no more big donuts at the side of her head), Harrison Ford gun ready and handsome, a female lead (one assumes as she is upper center and bigger then Ford and Fisher) brandishing a long weapon, wearing a tunic and the much heralded African American actor John Boyega as “Finn”, the seeming hero of the saga, wearing those fighter pilot duds we have seen before in the franchise.

Oh yes, Chewbacca, C-3PO and R2-D2 make an appearance in here as well.

And though fans could salivate on any and all of these images, there is one in the upper left of the poster bigger than all the rest. He’s a menacing cloaked and hooded figured, with what looks like a long leather sleeve into a glove holding a flaming cross-like looking lightsaber…and wearing a metal mask. This character (is he evil or good, might he even be Skywalker?) is sure to get Halloween DIY fans hard at work, as much as all the rest of us all drooling.

Once again, Star Wars fuels our sensibilities on many levels. And we only have to wait until December 15 to see it!