Welcome To The House Of Gucci 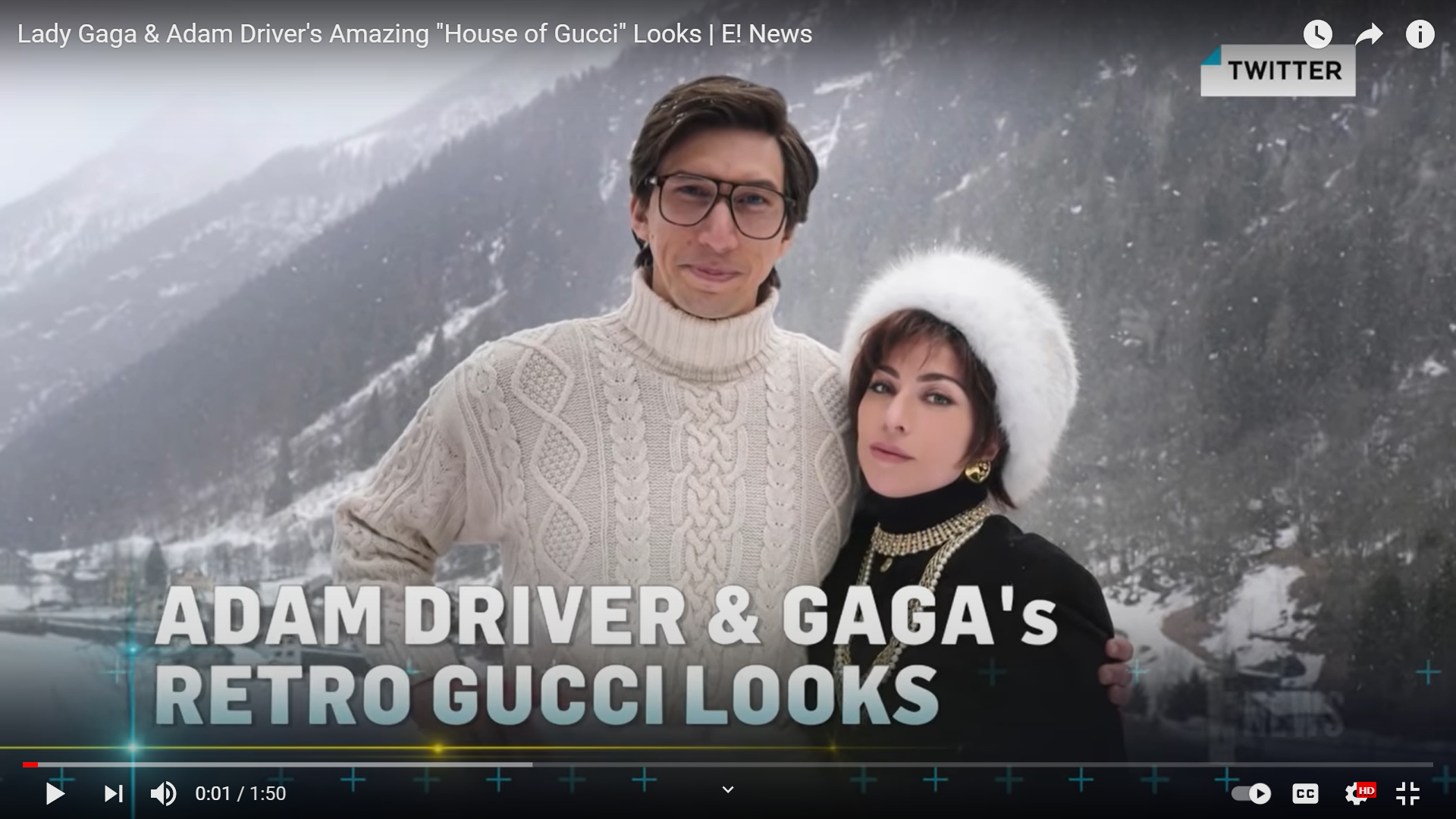 While she might be used to wearing everything from meat to latex, this week Lady Gaga revealed some of the amazing wardrobe she is wearing in her new movie, The House of Gucci. Opening in November, the new film, directed by Ridley Scott, stars Gaga as Maurizio Gucci’s ex-wife Patrizia Reggiani. Adam Driver plays Maurizio Gucci, the Italian fashion house boss who was assassinated in 1995. Reggiani was convicted of orchestrating his shooting and sentenced to 26 years for the crime. She was released in 2016, serving 18 years, out for good behavior.

Pictures from the movie were leaked this week, with Lady Gaga then going on the offensive, revealing a stunning shot herself. Showing her and Driver in their period wardrobe in obvious ski attire (Gaga wears a white fur hat and lots of gold jewelry over her black turtle neck; Driver is in a vanilla cable-knit sweater with a white ski jacket tied around his waist). Lady Gaga captioned the picture “Signore e Signora Gucci.”

After this shot, more pictures were released. There was a one of Gaga dressed in a brown dress with mini white polka dots feeding Driver some Italian street food as he stood before her in a black suit with a blue shirt. Then yet another of Gaga in multi-checked coat and scarf, Driver again in a sweater and long trench. And yet still another of Gaga, in a luscious brown fur. As one would expect, the costumes here are impeccable period wardrobe pieces and fine haute couture, especially given who the movie is about.

The net went wild for the pictures, with fans dropping in the obligatory Bernie Sanders into the picture as much as some Star Wars backgrounds. A sure sign, if nothing else, how culturally important this new film is.

Jared Leto, Al Pacino, Camille Cottin are just a few of the others starring in this movie based on the book: The House of Gucci: A Sensational Story of Murder, Madness, Glamour, and Greed.