Saying Bye-Bye To The Baroness 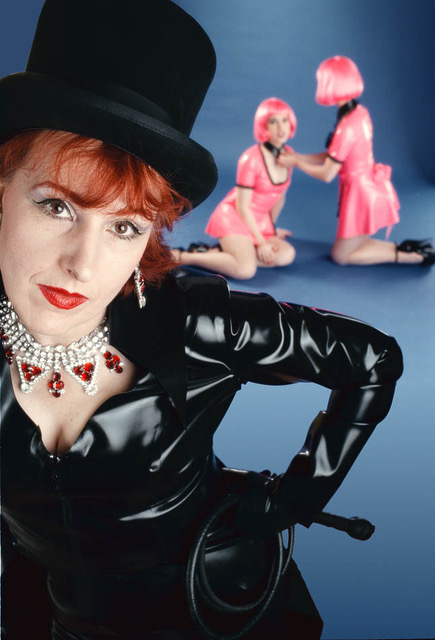 One of the most well-known purveyors of latex couture, and a grande dame of alternative couture and lifestyle, The Baroness, is closing her infamous Manhattan latex shop after almost three decades. Deciding to move to France, the formidable but always approachable lady who ran her one-woman-owned business in NYC’s East Village has decided to move to France, Citing Covid-19 as one of the causes for her shutting The Baroness’ Elegant, Provocative Latex Fashions, at the end of August.

As so many have done during the lockdown, The Baroness came to consider her life and work anew, specifically in her case, reviewing, cataloging, and archiving the history of her brand as well as the fetish scene in general. Coming to recognize the changes in the latex scene, many changes we have witnessed right along with this wonderful lady, The Baroness decided now is the perfect time to move onto a new career phase.

Well before Dawnamatrix Designs began, The Baroness was one of only three latex designers working in America. Working from her home studio, she did what so many of us designers do, got her hands ‘dirty’ working with the material we all love so much. She first sold her wardrobe pieces at events and to private clients, growing her considerable wholesale reputation. In 1995 The Baroness launched her website, then nine years later opened her combination boutique and latex atelier in New York City.

Through the years, The Baroness’ clients have included Lady Gaga, the Victoria’s Secret fashion show, and Madonna, to name but a few. And through her lectures and writings, the lady has consistently pushed latex couture into the mainstream

The Baroness claims she will continue to document and archive her years in the fetish scene through writings, short video histories of fetish luminaries, and maybe even podcasts. In addition, this ‘lady of latex’ will return to designing latex clothes and making clothing as art once she establishes her new workshop at her new home.