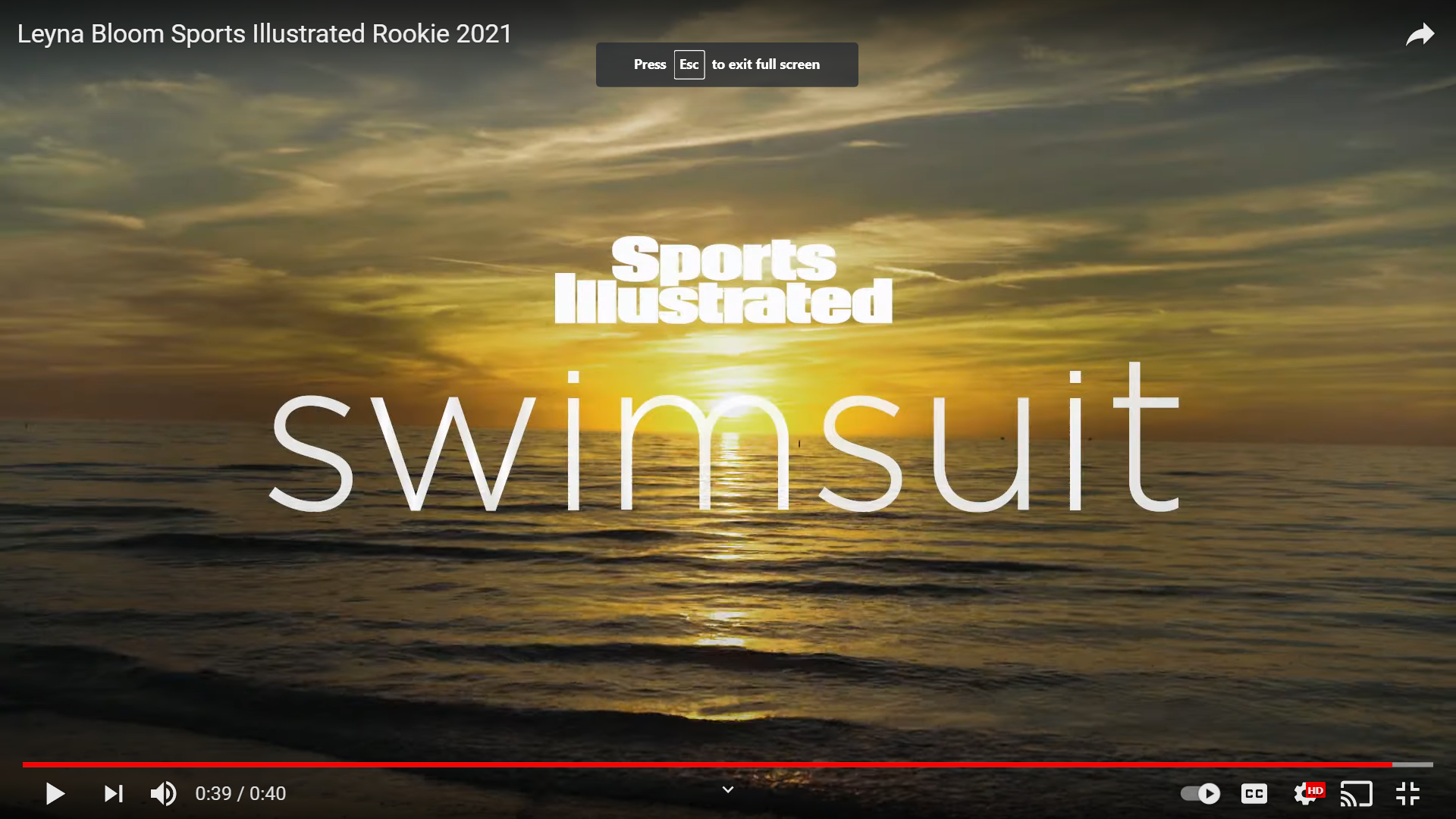 We might be waiting a long time indeed to see some latex on the cover (or even in the magazine) of Sports Illustrated’s celebrated annual Swimsuit Issue. But S.I. is certainly pushing cultural boundaries of late. This week the magazine released the three separate covers of their 2021 swimsuit issue, and all three cover models represent lots of ‘firsts’ for the magazine.

The women featured this year are rapper Megan Thee Stallion, tennis star Naomi Osaka and model/actor Leyna Bloom. Firstly, none of these ladies work as full-time models (a unique fact for the swimsuit issue seeing that it usually features only full-time, well-known models). Secondly, Bloom is the first transgender model to appear on the cover of this issue (S.I. featured their first trans woman, Valentina Sampaio, inside the magazine last year). Third, next to Beyoncé, a cover star all her own 14 years ago, Megan Thee Stallion is only the second musician to grace the swimsuit cover. Megan is the first rapper, though, to appear on an S.I. cover.

Another first is that Naomi Osaka is the first woman of Japanese/Haitian heritage to appear on a Sports Illustrated swimsuit cover.

And lastly, for firsts, 2021 marks the first time that three women of color have been featured as the cover models of the swimsuit issue.

Sports Illustrated’s Swimsuit Issue has been around since 1964, with that first issue regarded as making the bikini (invented some two decades before) a ‘legitimate’ piece of apparel. S.I. editor Andre Laguerre was looking to fill the usual slow sport winter months with an issue that would gain reader’s interests and enlisted fashion reporter Jule Campbell to shoot the first five-page swimsuit layout, featuring Babette March. Campbell quickly grew as a significant figure in the modeling world and ushered in the supermodel era, bringing them into the yearly S.I. issue.

By the 90’s non-models, (but all athletes) started appearing in the magazine. These women included Steffi Graf, Ronda Rousey, Amanda Beard. Beyoncé, mentioned up above, was the first non-model, non-athlete to appear on a swimsuit cover.

The 2019 swimsuit issue is often considered the one that began to feature a true diversity in model body types and tackled the issues of ageism, body image, and #MeToo through the women who appeared in the issue’s stunning pictorials and covers.