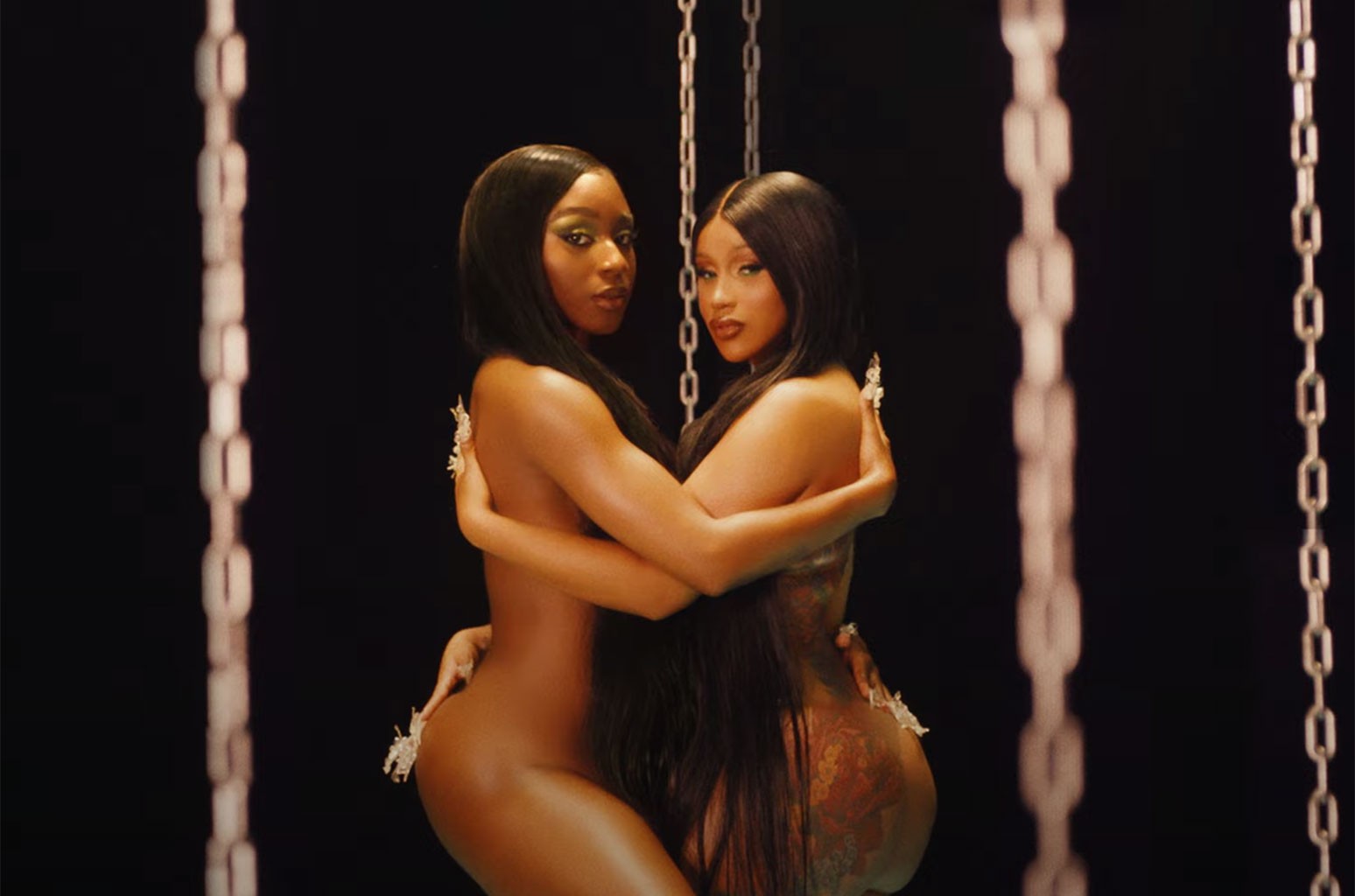 Even though she doesn’t wear any latex in her new “Wild Side” clip, we really can’t find any fault with Normani. The video, dropped just this past Friday, is just so scrumptiously sexy and couture costume fantastic; anybody who sees it will not be able to ignore it.

A year since her cameo in Cardi B’s “WAP,” Normani enlists her friend’s help at the end of this new clip. And what the ladies are not wearing has caused the net to go wild. But up to that point in the video, Normani wears a dizzying array of amazing outfits and accessories. Starting in a bespoke cut-out bodysuit and equally revealing thigh highs, a solo Normani captures our eye as well as ear as the song begins. Next, we see Normani lying on the floor in a violet bustier and matching miniskirt, accessorizing with elbow-length gloves and sky-high sandals. Male dancers slip and slide around her as much as she does under them to super cool effect.

Dropped through this scene next the 25-year-old singer stands center of a room with a bunch of female dancers. Normani wears a red-hot high-slit velvet dress matching her dancers’ blood-red catsuits. Right about this juncture in “Wild Side,” the choreography jumps to a whole other level…and doesn’t much let up.

We catch Normani next channeling Janet Jackson, dressed in a black leather suit and corset, again managing a stellar dance routine with her backing dancers, equally dressed in black leather. We get a break from the action with Normani just posing inside the clear bubble of a helicopter, dressed in head-to-toe leopard and dangerously sky-high heels.

Other than the end with Cardi B, the next scene is arguably the most stunning in the clip. Not only is Normani’s couture out-of-this-world sexy— she bares almost all in crystal-encrusted bra cups and adhesive clamshell bottom coverings—but in the mirrored room, she dances and flips all over a mirror image of herself.

This certainly takes the visual magic of appearing with oneself on film to a whole new level.

As mentioned, Normani’s moment with Cardi B reveals both ladies naked, hugging and singing, and both sporting long pleaded black hair cascading down their backs. This is the only ‘covering’ they allow.

There’s another significant dance number at the end, Normani in a sheer, gauzy white halter top and matching feather-trimmed pants, visually flipping her Janet Jackson-like moment from before.

Once again, a modern female rapper gives us another couture-rich clip sprinkling in just the right amount of naughty couture…and nudity. For right now, Normani’s “Wild Side” is the news.