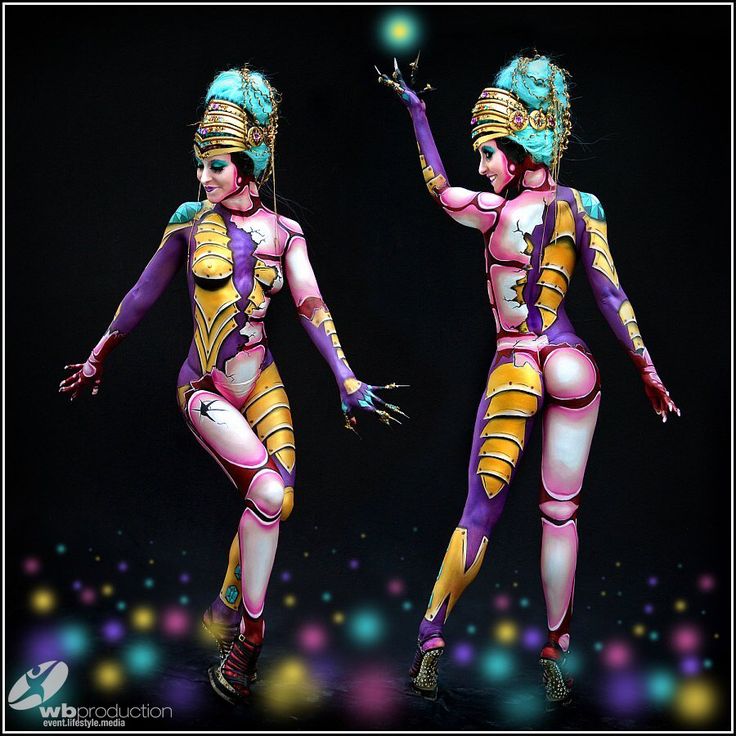 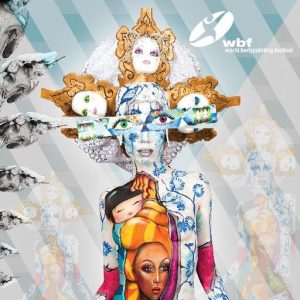 While you were out for the 4th showing your stuff in a latex outfit under crackling fireworks (be you in the U.S.), 3oo artists from nearly 50 nations gathered on the shores of Lake Wörthersee in Austria for the 19th World Bodypainting festival.

This year’s “Bodies and Beats” competition was spread across three days and four stages. There were five zones of art and music, which included 50 bands, performance artists, D.J.’s and the men and women who had painstakingly taken paint to their skin to create otherworldly canvases. While we might be more familiar with this kind of fanciful weirdness and science fiction/horror cinema wardrobe recreation via cosplay, here folks presented themselves (a very many painted in a horror theme actually) with a creativeness one wouldn’t think possible sans clothes.

The addition of elaborate headpieces and prosthetics, props like fiery batons and even a separate “World UV Bodypainting Award” competition (in the dark no less showing off the artful application of glowing paint) is what makes this festival unlike anything else ever seen. Further awards were given out for “Facepainting” “Airbursh” “Body Art with Special Effects” and “Brush/Sponge” to name only a few award categories.

Before the festival (June 27th to June 30th) there were also a bunch workshops given, billed as “the most comprehensive, educational and training programs for Bodypainting, Special Effects and Airbrush as well as Make-up and Photography.” There was also the “Electronic Pier,” beach zones for kids, fashions shows and a lifestyle market making the picturesque lake a “multicultural, multimedia Open Air Artspace.”

Very much reminding us of how Montreal transforms its village streets for participants and onlookers to share the celebration of latex/rubber clothing and PVC during Montreal Fetish Weekend, at WBF a “Bodypaint City” made the air art park on the water the perfect spot for visitors to enjoy artists painting models (as well as other ‘objects’), partake in foodtrucks’ stuffs and listen to music.

The European Bodypainting Awards happen 8/13th-14th in The Netherlands.