Fergie Is a Mom We’d Like To Follow…In Latex 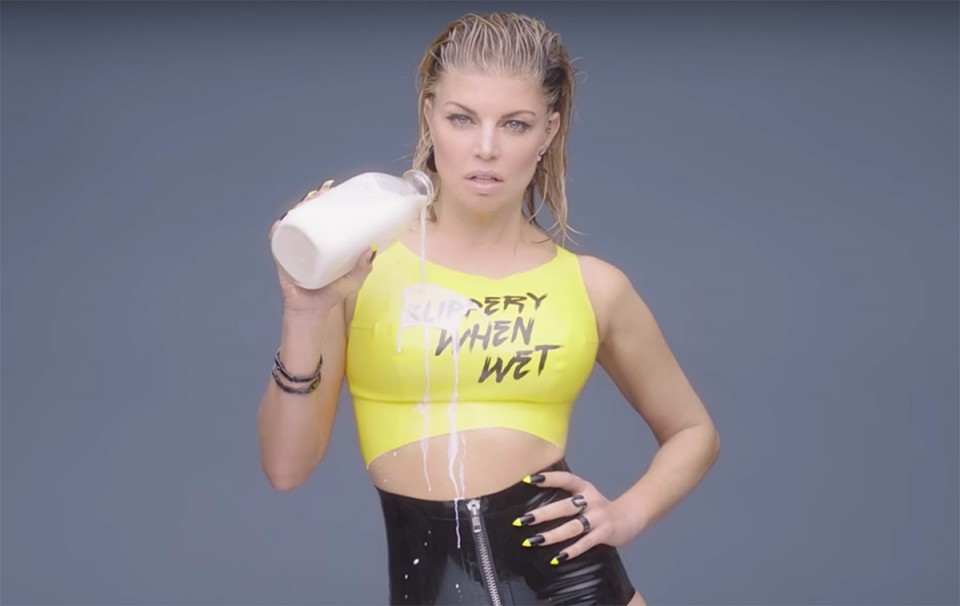 Mom’s I’d Like To Follow wear latex outfits? This is what Fergie has changed the infamous acronym to and is wearing in her new “M.I.L.F. $,” video, which just dropped this week. In addition to the slew of celebrities the ex-Black Eyed Peas frontwoman enlists in her suburban-milkman-delivery-fantasy, she also has invested her video’s wardrobe with lots and lots of latex.

Mainly we get Fergie in high waisted panties here…and looking smashing in them. She also dons a few one piece latex looks. The diner scene is especially confectionary teasing with the ladies wearing latex dresses, so short, colorful and flirty.

There is even the cliché scene of a teacher in high waisted satin skirt and white ‘starched’ blouse.

As mentioned, plenty of famous celebs join Fergie through the romp here. Ciara, Kim Kardashian West (taking a milk shower) and Chrissy Teigen are only some of the few famous faces-and latex covered bodies-seen in this Colin Tilley-directed video.

It’s not that we don’t see plenty of latex outfits in video these days. It’s just that in “M.I.L.F. $,” we get such a great variety of different outfits and accessories in a video that’s as naughty as it is a celebration of women slightly older than the usual video vixen  (and mom’s as well) ‘expressing’ themselves.