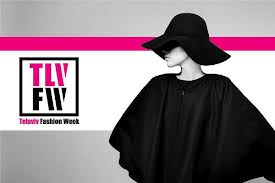 ‘Body image’ in models and celebrities, whether those showing-off latex clothing or making their living on a tennis court, has been a white hot issue of late. With campaigns like Lane Bryant’s recent #ImNoAngel intimate couture campaign where the company featured a grand litany of plus-sized models, it is slowly being accepted that women (and men) come in all shapes and sizes and what is considered beautiful is truly in the eye of the beholder.

The body size issue of models was well illustrated at the recent Tel Aviv Fashion Week, of all places. Certainly a country well behind London, Milan and New York in their runway popularity, the country might well be ahead of bad press like the recent Gigi Hadid shaming. Israel was as much the first country to pass an actual law against using models under a specific weight and their recent fashion shows showcased women from sizes 0-12, as well as those of a wide age range.

Has evolution come to fashion via Tel Aviv?

Motty Reif, producer of Tel Aviv Fashion Week, founder of Look modeling, says that the budget for his fashion exhibition is of primary importance to producing a runway that can compete with other major fashion weeks, but Reif is also known for culling models of appropriate weight and having the women provide a doctor’s note to prove their good health.

It seems the times have demanded, as we have reported before, that woman assert their opinion on exactly how they are presented in the public space, as them taking command of the various industries that use their likeness. For every Victoria’s Secret campaign, there seems to be now an equal plus-size model reaction from a designer or cosmetic company of equal stature. And for a latex designer especially, a company like ours who believe in the free expression of all people, whether one is wearing a three piece suit or latex accessories-like an inflatable latex tail-we think as many body types featured on a runaway or in the pages of a magazine, the better.