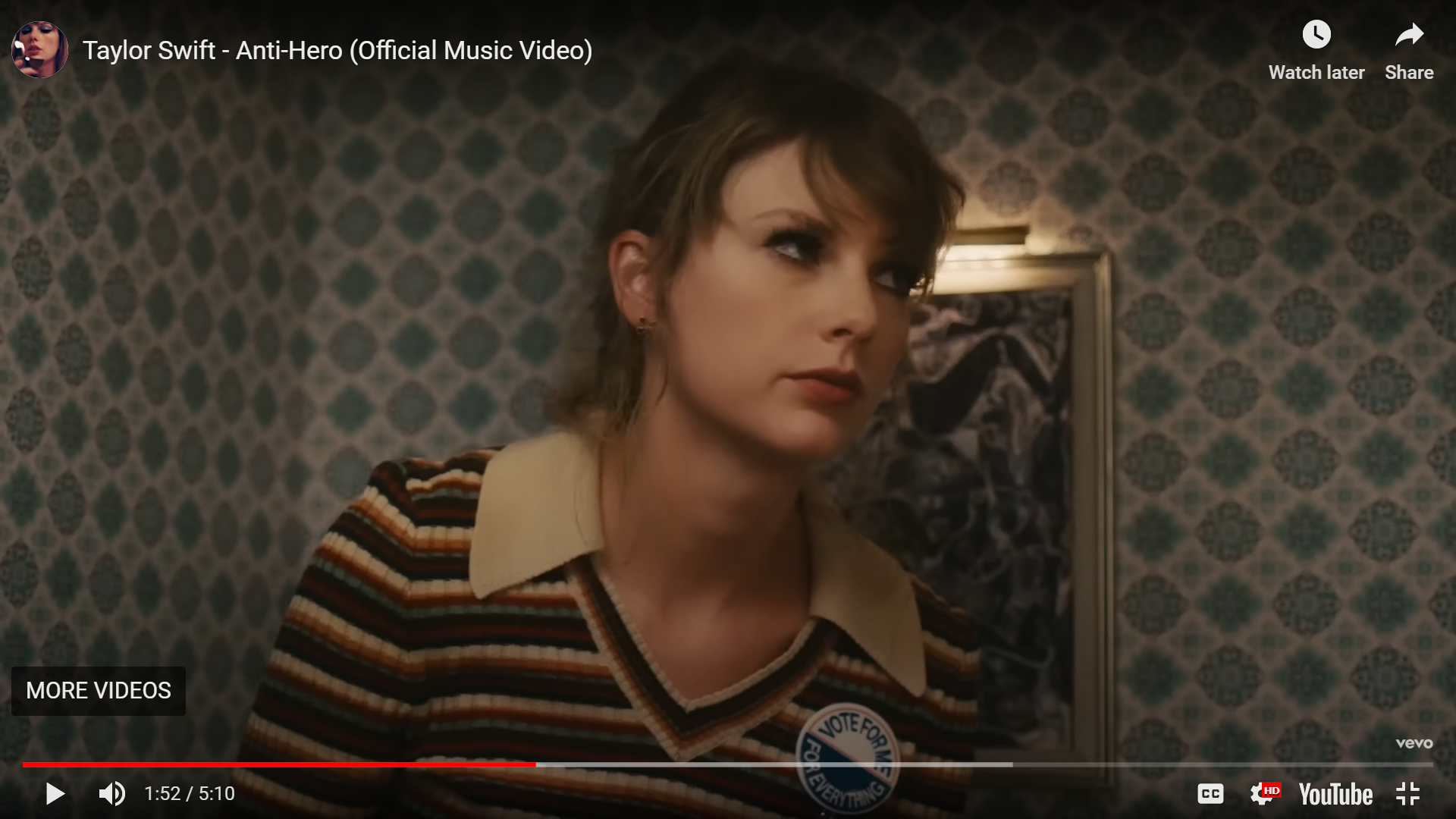 Not that we expected much or any latex costuming from Taylor Swift. Still, in the latest couple of videos, the 32-year-old diva has ‘dropped’ from her new album Midnights, Swift manages some rather spectacular fanciful couture.

The first clip is the lead-off single “Anti-Hero.”

Certainly, nodding to a 70s style (as much here as in the album’s promo pics), the video starts with Swift facing the camera, beginning the singing of the song, while wearing a multicolored short-sleeve striped sweater. The browns and muted red, plus the dark wood room around her, certainly fuels an autumnal vibe,

The two Swifts sit at the living room table knocking back shots, playing with guitars, and generally partying.

Later Swift manages a slight change in her outfit, emerging from her coffin to the reading of her will and the mayhem that it causes with her relatives. And at the end of the video, the two Swifts meet a third, in a blue outfit, sitting as they are on the roof of the house where it all began.

The second video, “Bejeweled,” shows off the true fanciful side of Swift, playing a “house wench” Cinderella character.

Although she sits scrubbing the attic floor in sleeveless drab dress, Swift’s stepsisters and stepmom (played by Laura Dern) are in equally unappealing dingy couture. In no time, though, we see Swift transforming, first under a midnight blue cape with a hood, covered in tiny jewels, then later when she flips off the cape to show herself in a dark blue bodysuit and high blue boots, again covered in jewels.

The video/song is called “Bejeweled,” after all.

Later she wears another bejeweled outfit (a bikini) and headpiece.

In light of all this recent Swiftian news, we might see it as ironic that it’s just been announced that Kayne West has been dropped by Adidas over some remakes, he said and has been showing across what he has worn. We might recall West rushing the stage during an MTV Music Awards moment when Taylor Swift won best female video in 2009.