Sharon Stone And ‘That’ Dress 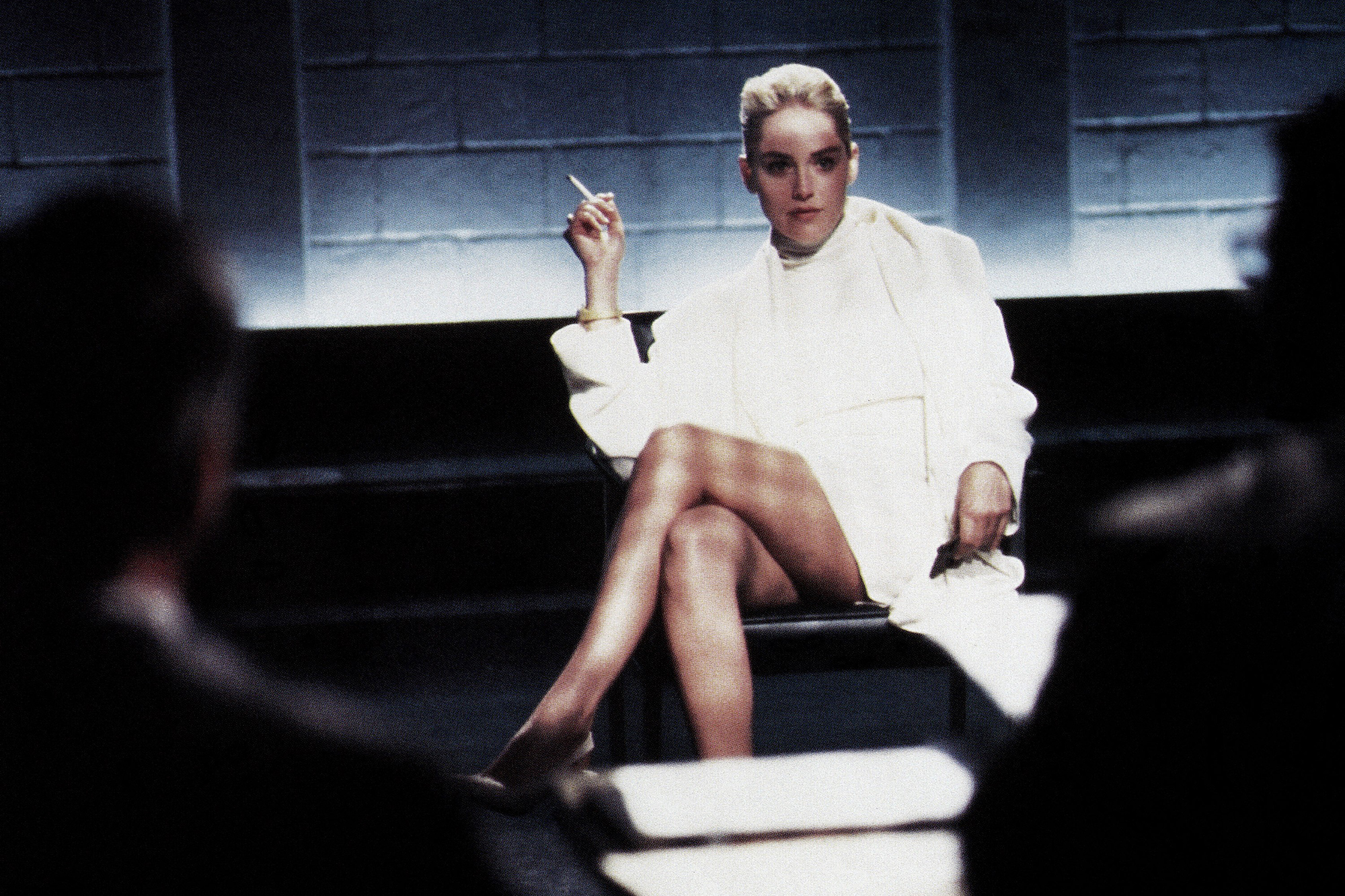 There have been plenty of moments in our recent past where a lady or a man has worn some latex wardrobe or an accessory that has made the world stand up and take notice. And, just as culturally impactful, there’s been plenty of widely seen wardrobe moments involving other textiles, from J.Lo’s Versace Grammy dress to any recent Met Gala runway reveal that have garnered attention. One of these was considered yet again this week, when it was revealed in a new essay in InStyle magazine that Sharon Stone kept, and still has, the white dress she wore for ‘that’ scene in 1992’s Basic Instinct.

Stone told InStyle that she knew from reading the film’s script that the character of “Catherine Tramell” would not just be part she could sink her teeth into but would be career-defining. Seeing all the fantastic costumes made for her character, Stone had it written into her contract that she could keep all of Tramell’s clothes. And given the salary difference between her and co-star Michael Douglas (Stone’s $500,000 to his $14 million), she felt keeping the costumes was the least she could do.

The film’s costume designer, Ellen Mirojnick, designed the ironic white ‘interrogation’ dress, with Stone and the film’s director Paul Verhoeven deciding that if it were white, it would give Tramell the “Hitchcockian vibe” they all were looking for. The dress was designed specifically to give Stone the ability to move her arms and legs, and as she says, “take up space, and exercise control over a room full of men.”

The now-famous sans undies shot? The actress claims Verhoeven simply asked her to remove her underwear, claiming the white of her panties reflected the light on the set. And yes, Sharon Stone talks yet again in the InStyle piece about how this all affected her at the time seeing the movie and realizing what had been shown and how she has come to terms with it all since

Although Stone has nearly all of Tramell’s wardrobe still (she’s given some pieces to charity over the years), that white dress and the coat she wore with it—at least at the beginning of the infamous scene—are actually still in the same garment bag they were zippered into on the set.

Interestingly, the zipper on the bag broke off at the time, and the dress and coat have been all but sealed in the bag for these thirty years.