Shania Twain IS Dreaming Of The 80’s 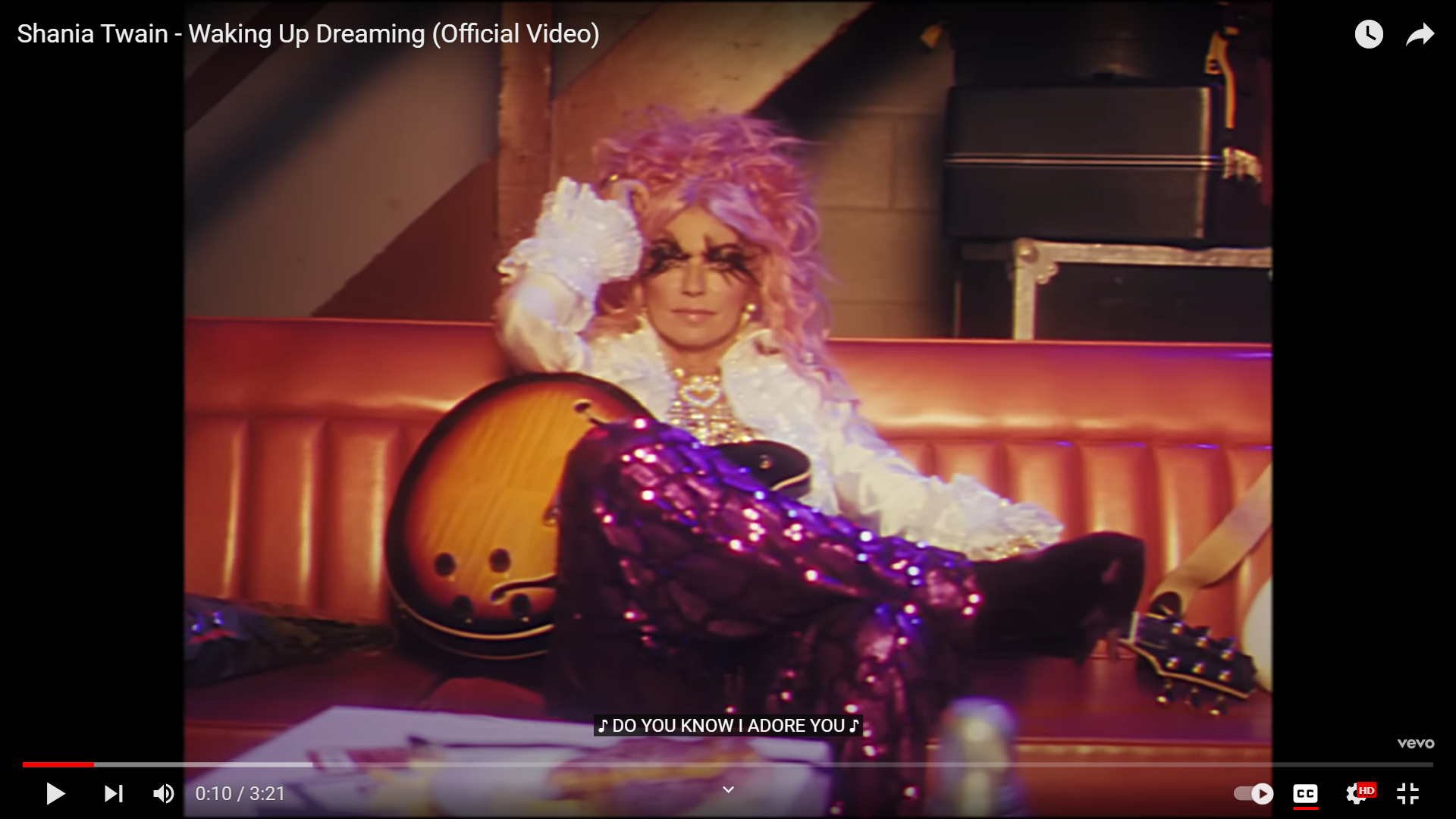 You’d think a video featuring 80’s costuming might reveal some latex, sequins, and big hair. In Shania Twain’s just dropped “Waking Up Dreaming” video (see here), we get two of these three…and more.

The 57-year-old country/pop crossover diva, known for incredible wardrobe choices in her videos (and some quite sexy), dons a wide array of wild, colorful couture here reminiscent of MTV’s heyday. In this clip directed by Isaac Rentz, Twain starts out lying across what seems to be a backstage couch, in a frilly white, slightly bedazzled long sleeve shirt, slightly open down its front…which she accessorizes with a bunch of gold necklaces. In the first of a few wigs she wears in this video, Shania is under a big curly pink confection atop her head. She also sports sparkling pink pants to match the pink wig and what might be the wildest addition of all, overdone black clam-like big eyelashes.

We get a tease of her next look, which we get more of a little bit later, this time Shania wearing a pink top with black tiger stripes, red sunglasses, long black opera-style gloves, pink boots, black stretch pants, and once again making a statement with her wig. Here she wears a big white frosted one.

In the third scene, Shania fronts a three-piece all-female band (those members in off-the-shoulder orange tunic dresses and wild wigs themselves). Here Twain sports a red crimped-tendril wig, a green jumpsuit, and those eyelashes again…this time green to match her outfit.

As Twain posted about the video’s couture, “…you know I had to give you some more outfit inspo.” And sings in the chorus, “So let’s start waking up dreaming / And dress up crazy like superstars /.”

Used to younger divas like Megan Thee Stallion or Dua Lipa dressed in fanciful, sometimes fetish-y, certainly alternative costumes in their videos, seeing a slightly more ‘mature’ diva not only dress-up but take it to such a campy extreme is heartening.