No Costume Controversy in Blonde 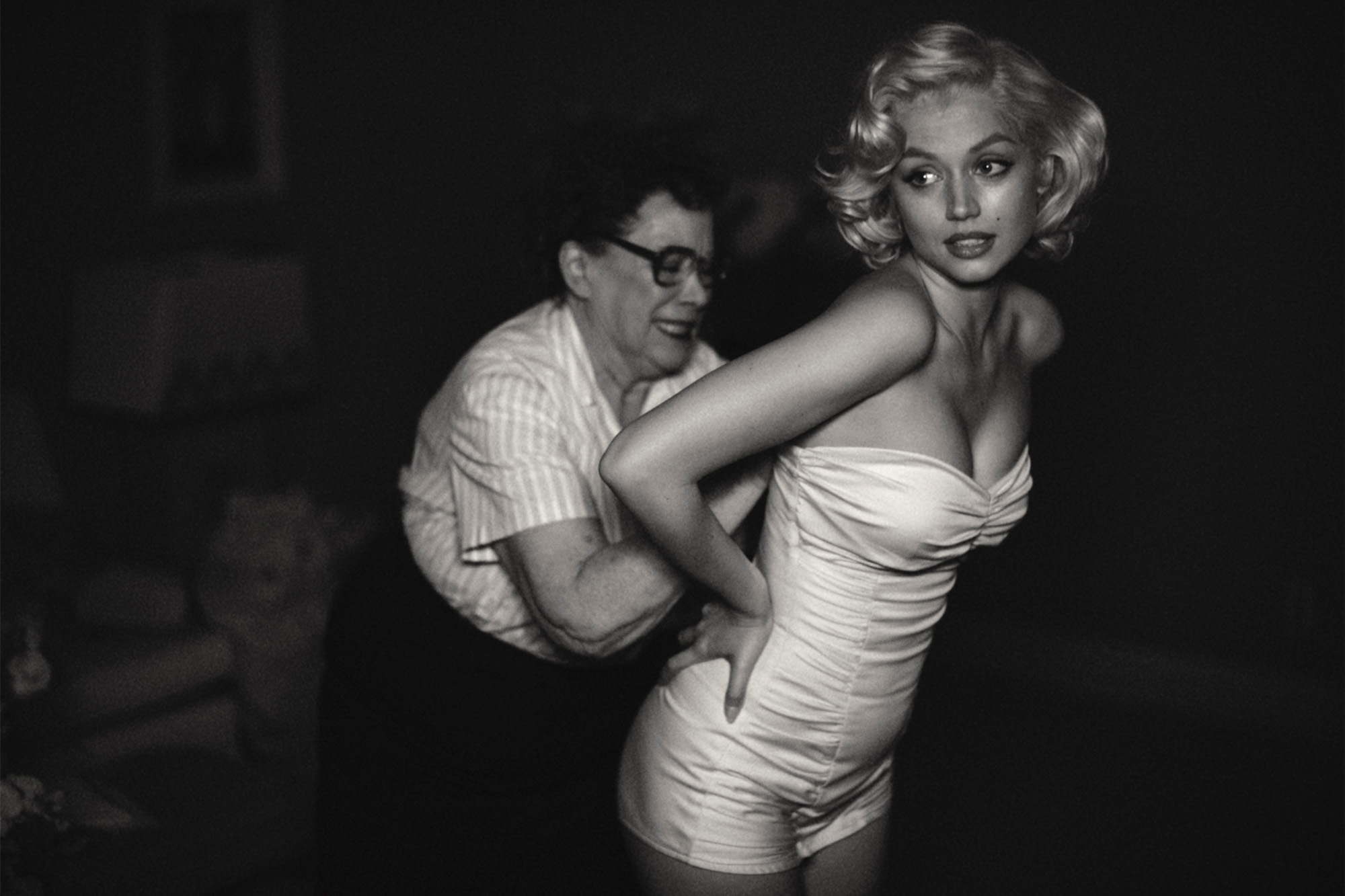 Noting who it was, and the times depicted, we weren’t expecting any latex couture in Netflix’s new Blonde, a filmed recreation of the fictionalized biopic of Marilyn Monroe of the same name written by Joyce Carol Oats. But even with the movie, starring Ana de Armas, garnering lots of controversy, there is no denying the iconic Monroe movie costumes we are all so familiar with stunningly recreated here.

The movie’s costume designer Jennifer Johnson went to great pains to capture the couture just about perfectly. But lots of iconic Monroe dresses just weren’t available for her and her team to even take a glance at, save a jacket from Monroe’s 1953 film Niagara, a recreation that did not even make into Blonde. So instead, Johnson mainly relied on watching Monroe’s movies, scouring Blonde’s director Andrew Dominik’s “bible” for the film, and reading a small booklet compiled by William Travilla, the longtime studio costume designer responsible for lots of Monroe’s famous looks.

Undoubtedly one of those most famous ‘looks’ is that white pleated dress from The Seven Year Itch and what a famous New York City subway grate manages from up under Monroe when she is wearing it. In 2011, the actual dress fetched $4.6 million at an auction, with a touring version costing $120,000. An iconic wardrobe piece, surely. Johnson’s most difficult recreation of this infamous dress, required over fifty yards of fabric, as the pleating kept coming up short. Unfortunately, it seems that there are no longer any places in the U.S. that specialize in that old pleating technique, so bespoke molds had to be made here.

In other places in the film, when Armas’ Monroe is not on set, she lounges in capri pants and turtleneck sweaters, both of which the actual Marilyn Monroe was fond of wearing. For these, Johnson scoured vintage sections of L.A.’s costume houses.

With cinematographer Chayse Irvin’s talents, the movie filmed in almost all black and white and Johnson’s talents, no matter what one thinks of how Marilyn Monroe’s life is depicted in Blonde there is no doubt the couture here is scrumptious.