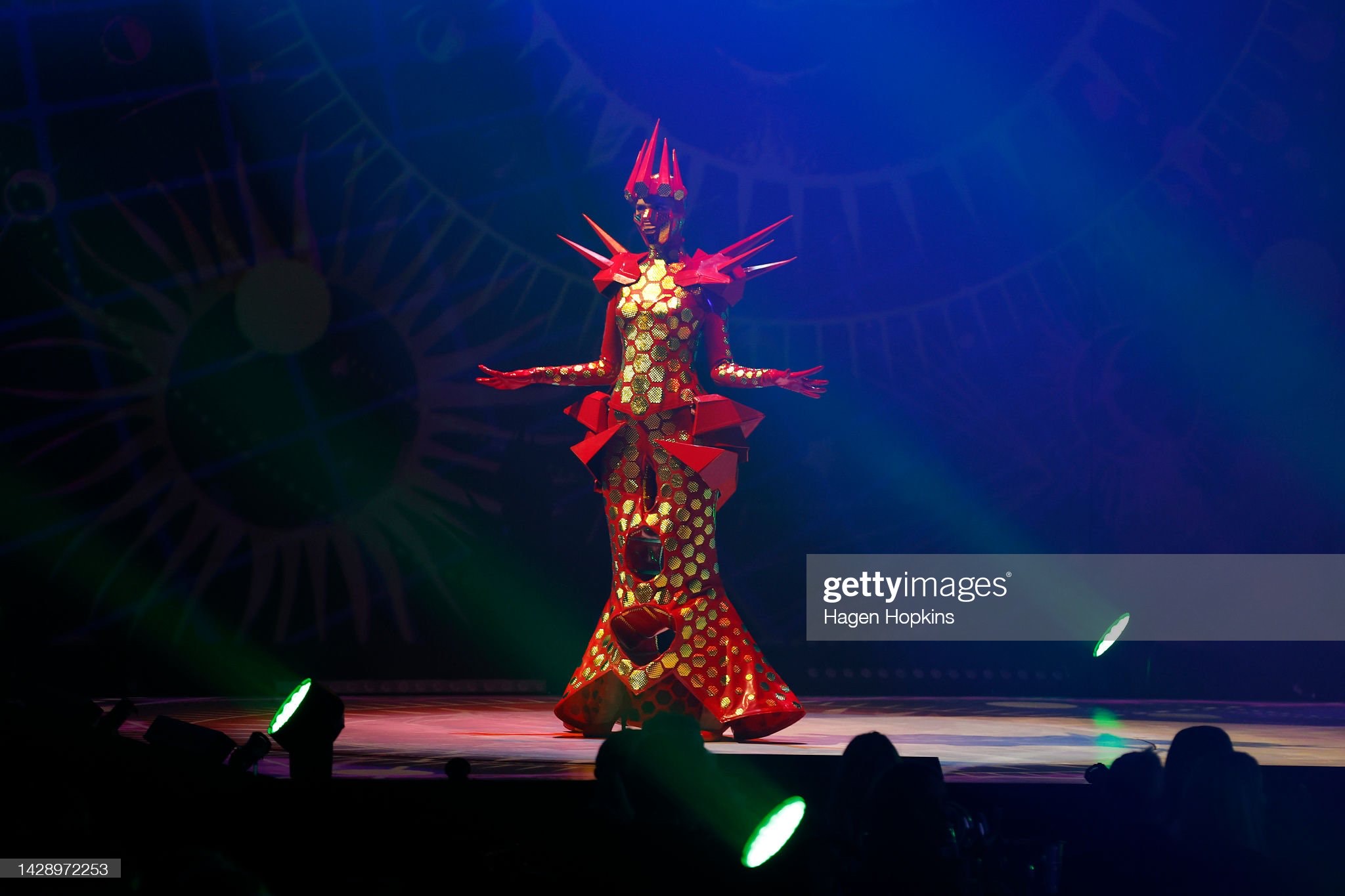 Dawnamatrix took 3rd place in this year’s The WorldofWearable Art’s “Open Section” with our latex wardrobe piece Royal Emissary. The awards were announced last night at Wellington’s TSB Arena, with the Supreme WOW Award going to Hawke’s Bay artist Kate MacKenzie, the second time she has been bestowed the coveted top prize.

As always, we found New Zealand so perfect. It was great to be back. The flight over was fun and without incident and being among all the great people surrounding the WOW celebration, whether our fellow designers, the event coordinators and crew, fashion fans coming to show, and of course, the wonderful and welcoming people of New Zealand was, as always, spectacular.

The 2022 Show, which continues until October 16th, features over 100 dancers, 88 finalist entries by 103 designers representing 20 countries and regions around the world. In addition, the show includes kapa haka performers Ngāti Pōneke, aerialists, as well as performances by New Zealand musicians Estère and Sharn. What was especially fun about the award show this year was that New Zealand’s Prime Minister Jacinda Ardern appeared as a guest model, wearing a commissioned piece, by New Zealand-born industrial designer and 3D artist Dylan Mulder.

Former Prime Minister Helen Clark made an appearance at WOW in 2002.

Supreme WOW Award winner MacKenzie created a amazing piece that stunned us all, judges included. They remarked in a press statement, “We are in awe of the designer’s resourcefulness in use of the vintage china cabinet and Singer sewing machine drawers. It perfectly captures what we mean when we say wearable art. It is refined, sculptural and tells a story.”

Participating again as we did this year and thrilled to do so, we were reminded of how The WorldofWearableArt is a cultural event like no other, how truly the wardrobe pieces do tell a story, and how special a place New Zealand is. Pardon the pun, but WOW is certainly, and we know it always will be…WOW!