Bella Hadid Gets Sprayed By Coperni 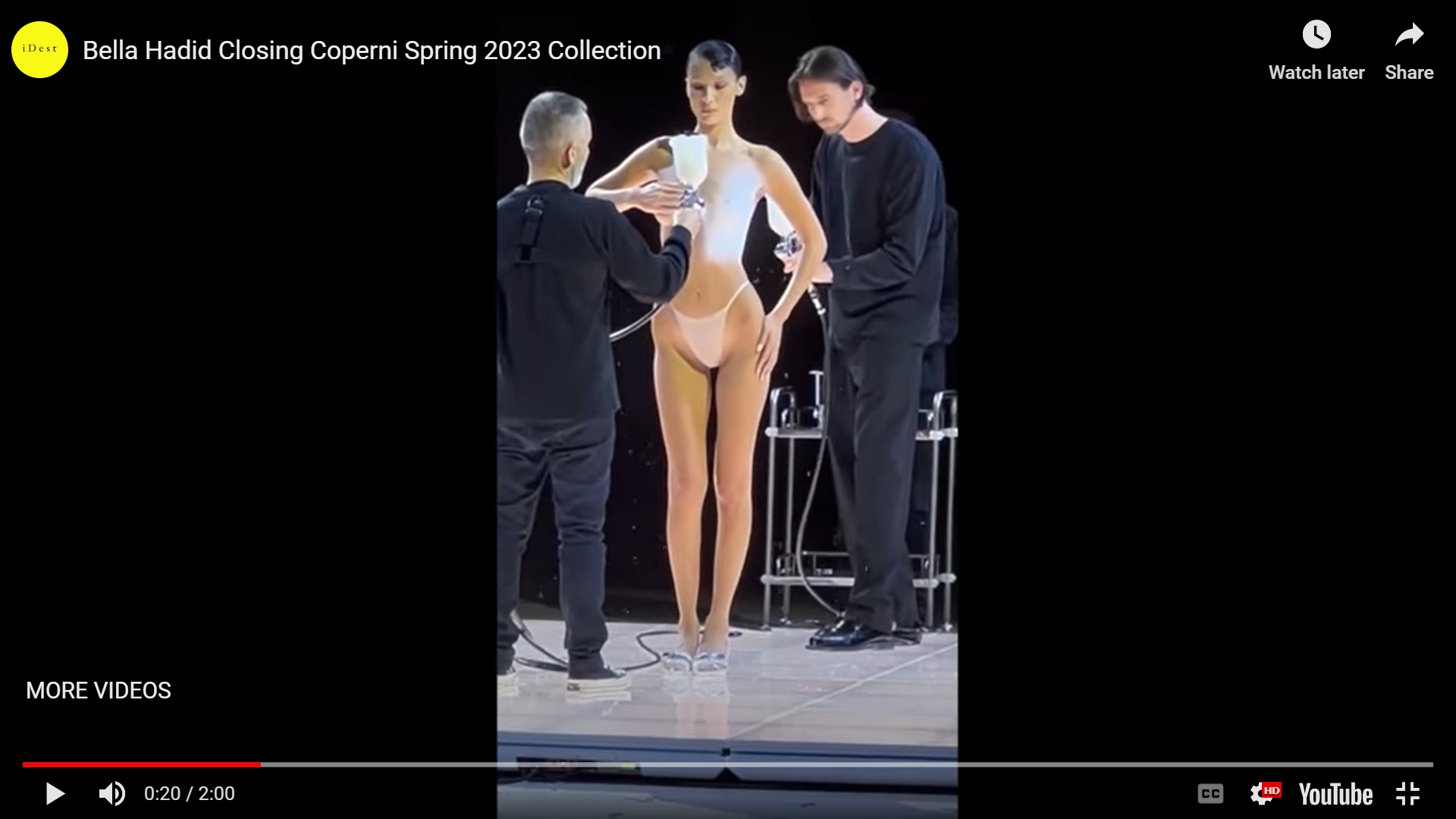 From latex, to nude dresses to just about any other couture you can name super model/celebrity Bella Hadid makes fashion news all the time. As much from the designers she models for, as the startling couture she wears (on and off the runway) and who she might be canoodling with, the young woman makes headlines all the time. Walking for Coperni at the end of Paris Fashion Week Hadid pulled off quite the feet of couture prestidigitation that certainly made news.

Stepping up to the runaway in a G-string and holding her bare breasts, Hadid stood seemingly mannequin-like as two assistants came to stage and began spraying her body with what appeared to be white paint. Then, at the end of the fifteen minutes of detailed spraying, a lady assistant came out, cut a slit up Hadid’s thigh, pulled her sleeves down over her shoulders and the super model then took to walking the runway with the ‘painted’ dress flowing with her.

Coperni designers, Sébastien Meyer and Arnaud Vaillan, used spray-on fabric Fabrican, and 3-D technology to create the startling look. As many fashionista bloggers noted, during Alexander McQueen’s Spring 1999 show, his model Shalom Harlow, was spray-painted by two robots while she rotated on a turntable and the spray on fibers used here have been in true development since the beginning of the century. But with Coperni’s specific showmanship and innovation (one might remember them making headlines when they created a hand-blown glass handbag, called “Swipe” for Doja Cat to carry at the Grammy’s?) of “cross-pollinating” fashion/art/science/technology and sure craftmanship what they managed to show with Hadid surely was a stunning display.

Meyer and Vaillan plan to use this technology less for fashion and more for rendering casts and spray-on sterile bandages, as it is already well regarded in the medical field.