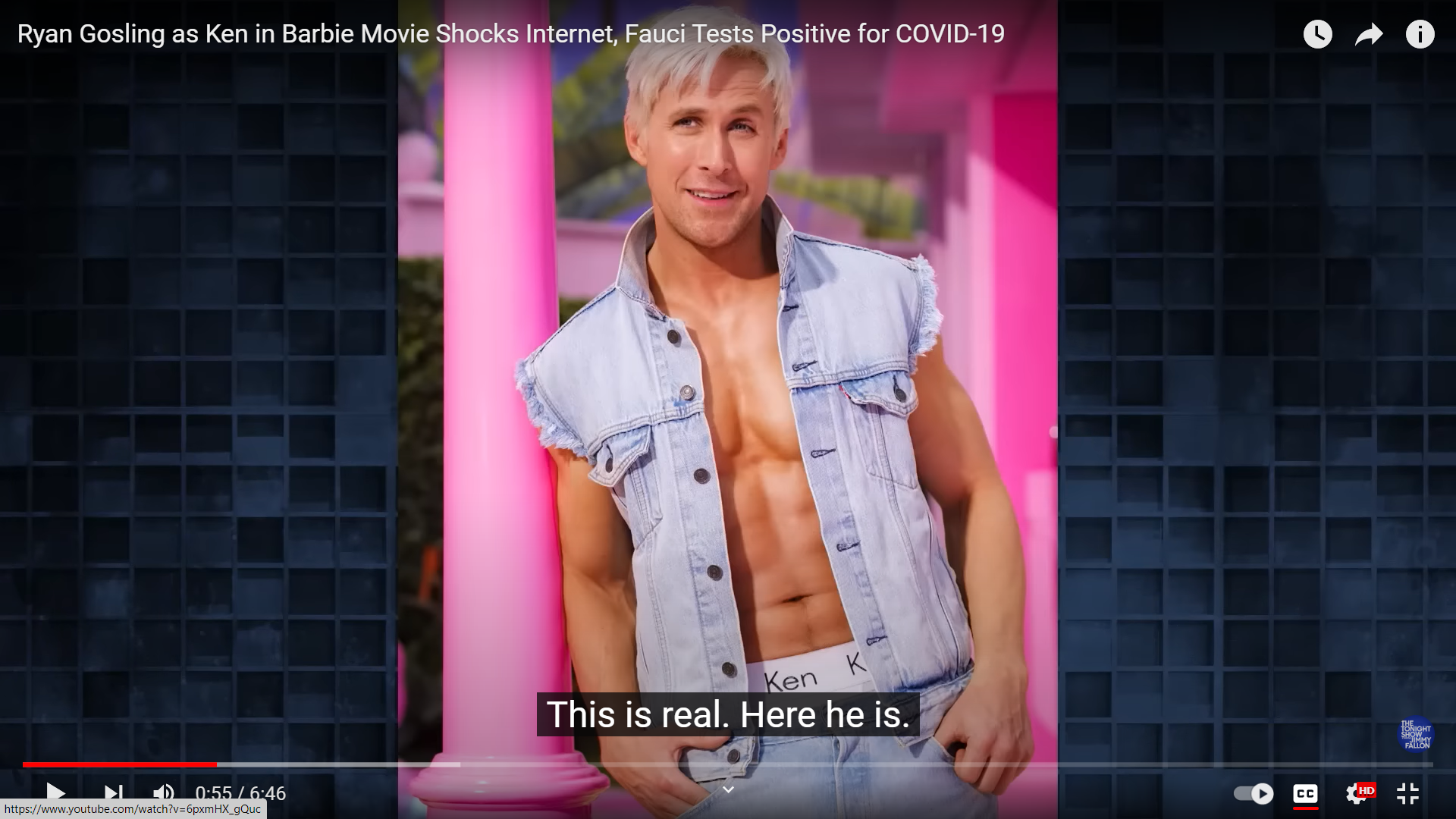 Admittedly, we are still hoping for some hint of latex couture in the upcoming Barbie movie. In a live action telling of the famous doll’s story, anything is possible, we figure. And if anybody is known for her fashion, it is Mattel’s most famous lady, played in this new movie by the equally fashion-astic Margo Robbie. But beyond this speculation, Warner Brothers’ recently released pro picture of Ryan Gosling as the infamous “Ken,” also gives us all something else now to consider…and surely drool over.]

As Barbie aficionados have noted, in the promo pic Gosling seems to be channeling ‘Earring Magic Ken.’ This version of Barbie’s man guy was introduced in 1993, companion to ‘Earring Magic Barbie,’ and from what was revealed of Ken/Gosling, he sports the same blonde highlights (instead of Ken’s usual brown locks) that EMK does. In the picture, though, Gosling’s Ken is wearing a matching light denim outfit, jeans, and a no-sleeve jacket, showing off his sculpted abs. He is also wearing white briefs pulled up high over his waist, sporting the name KEN around the part of the waistband that is visible.

In addition to this officially released picture of Ken, this week, the world also got to see some “snuck” shots of the famous action figure couple on set, filming in L.A. Dressed in western-styled wardrobe costumes, Robbie was wearing Barbie’s signature head-to-toe pink in a shirt, vest, and bell-bottoms; Gosling can be seen in the shots wearing a black fringed cowboy shirt, flared black trousers and white boots with a sharp pointy toe.

One can only wonder how many Barbie and Ken cosplayers will descend San Diego’s Comic-Con next year when Barbie is released in July 2023.