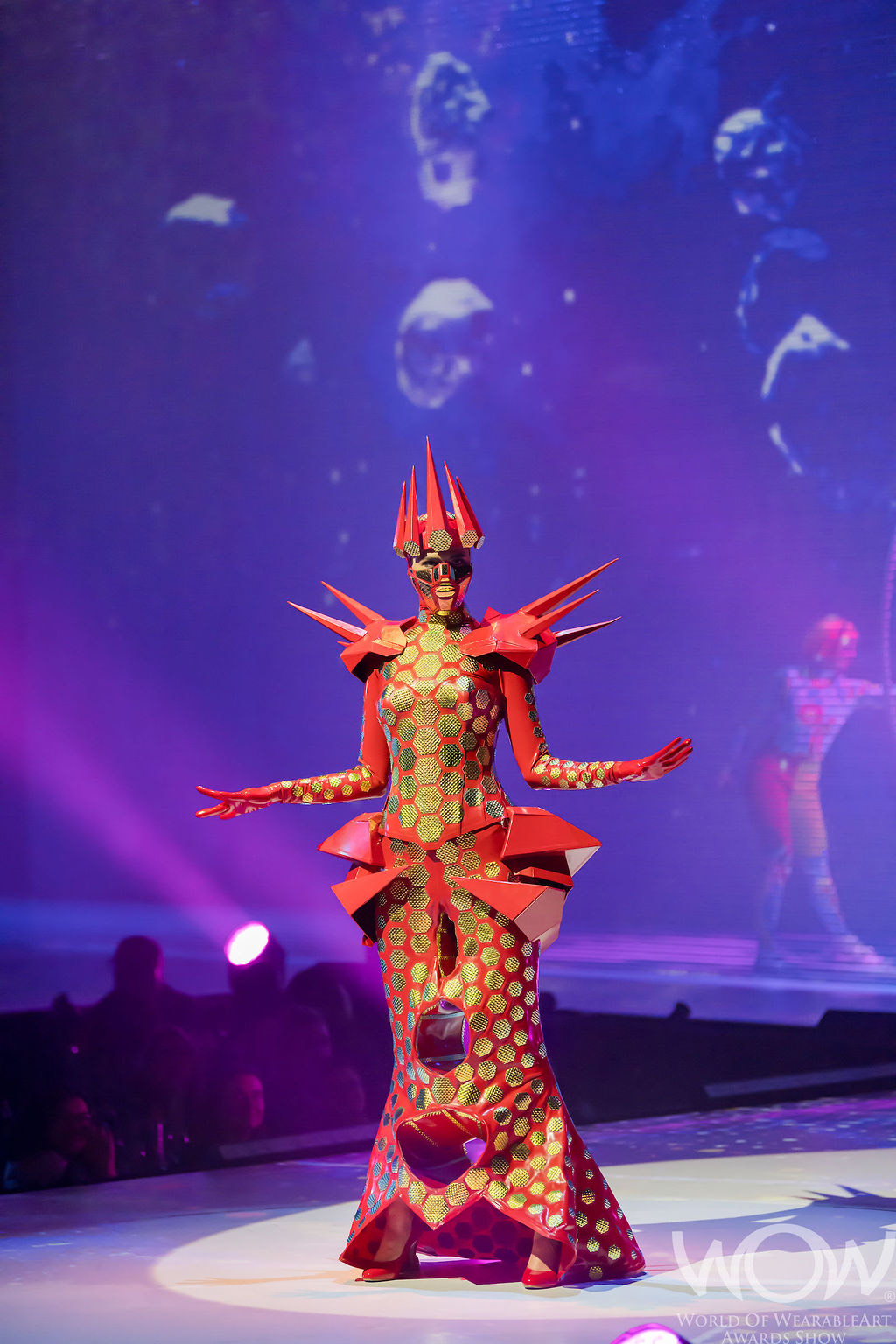 It’s about time we gave forth on the specific brief of the latex wardrobe piece, our Royal Emissary, that we entered into and won with at The World of Wearable Art this year.

With no further ado, here is the inspiration and the journey of the Dawnamatrix Royal Emissary.

A plea personified; multitudes imperiled; our fates are intertwined. Humanity relies on the work of millions of bees to pollinate crops and generate our food supplies. Top scientists around the world have reported dramatic losses, seeing 30-50% decline in North American and European bee populations each winter. Pesticides, drought, habitat destruction, nutrition deficit, air pollution, and global warming are all factors against bee survival.

The losses are unsustainable.

While these causes are known, and the stakes include humanity’s own survival, little is apparently being done to save our essential pollinators. Although the issue is complex and multifaceted, it is still possible to slow or reverse the problem. While the world is rife with social and environmental crises, it requires a unified and mighty effort to enact change. Royal Emissary is a champion for this vital cause.

Her visage is neither human nor bee but a third kind committed to saving man and bee at once. Much like the members of a hive bred for their specific purpose, we designed the Royal Emissary for this singular mission. The design of this garment was informed by bee & human anatomy. The overall silhouette displays authority, as an inter-special mediator would need to negotiate change. But, ‘Royal’ refers to the royal jelly produced by bees to morph into queen bees.

Only through dramatic physical change are they able to continuously reach their potential and survive. Bees have an innate architectural understanding. Their interlocking hexagonal hives are designed to be as efficient as possible with space and materials. They use fewer resources to create more life. Royal Emissary’s holographic polyurethane applique, tunnels in the skirt, and also the six-sided stellated spines on the head and shoulders all reflect this six-sided motif. The bustle, shoulders, and mask are made to look armored and segmented, much like the body of a bee. They also suggest a toxic environment and a raging fight to survive.

Red and amber are the colors of human and bee blood, referring to the existential threat to both species’ existence.