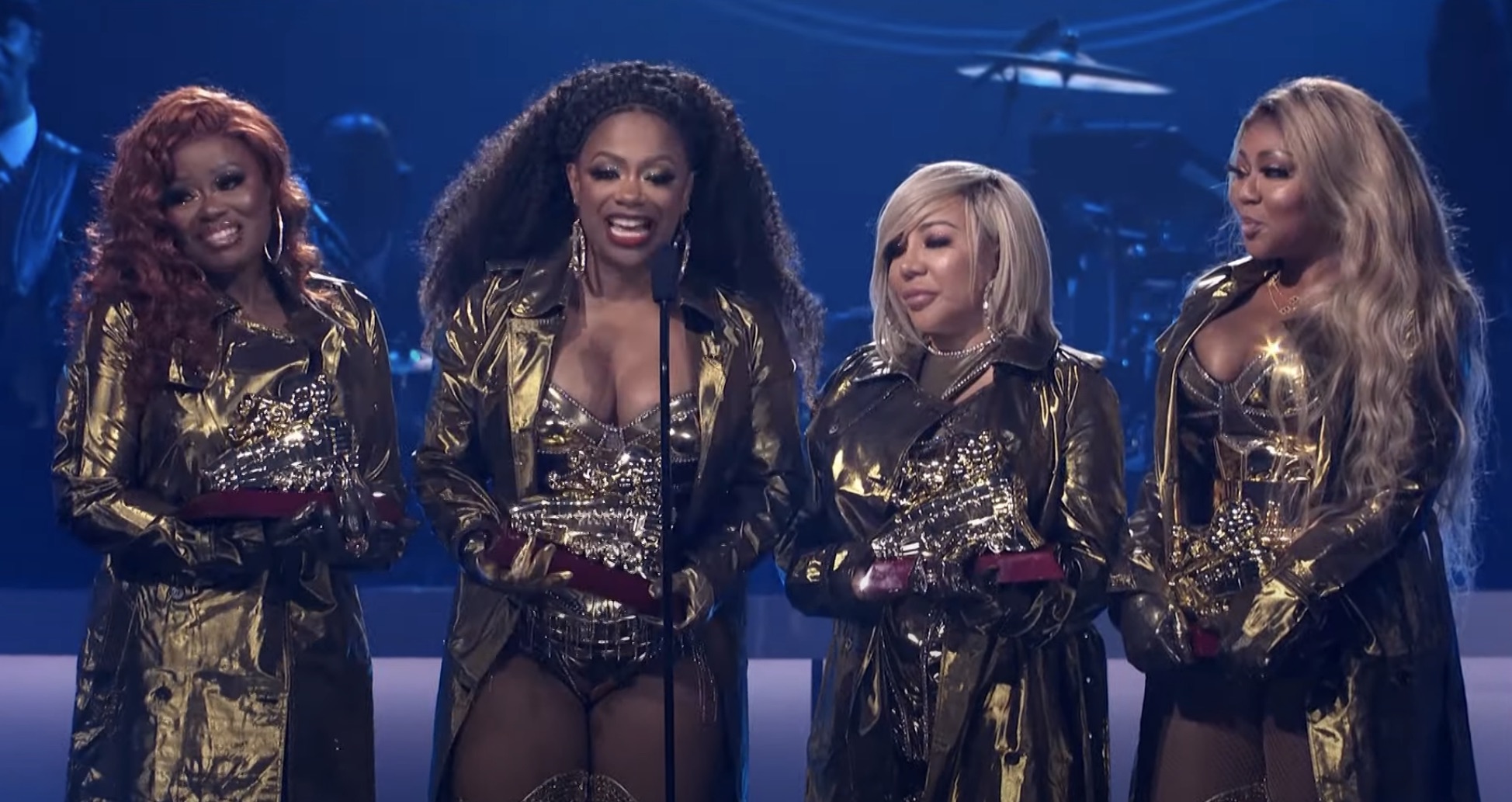 Quite a few award shows passed by in November, and there were fashions galore, some latex, and even some dangerous.

Starting with the American Music Awards, which happened on 11/20, singer Anitta showed lots of her backside in a black and white cutout gown by Mugler. Meghan Trainor rocked the Barbiecore trend of a hot pink suit, while Latto covered her black corset in an equally black mesh veil that swirled around her body, and Becky G matched her mini with a long cascading cape.

But by far, the artist making a ‘point’ with their couture was Machine Gun Kelly. Never shirking from a statement, the singer wore a purple wool and neoprene Dolce & Gabbana suit beset with long gunmetal spikes.

At the 2022 Soul Awards, which occurred earlier but aired last night, there was also plenty of fantastic couture to be seen. Queen Naija showed off her curves in a short pink dress, crisscrossing her bust and gathering up high on her neck. While Muni Long was all sparkly in sequins.  And on this night that celebrated both Morris Day and The Time and Xscape, the ladies of that group Kandi Burruss, Tamika Scott, Tiny Harris, and LaTocha Scott, wowed in bespoke NMN Couture.

Durand Bernarr wore the most arresting wardrobe of the night in his monochrome red by Aunt Funky’s Closet. He wore a red head covering that flowed to a thin train behind him, sparkling red shirt that fell down across his mid-chest, and fantastic tight red bell bottoms.

Not to be outdone, red carpet and pre-show commentators, Tank wore a long white coat with white pants. His splash of color here included a rainbow side panel down the side of the jacket and the same in piping down the outside of his pants legs. Manning, the red carpet walk-in interviews, stood statuesque LeToya Luckett in a high-slit tight green flame dress.

And once again, an artist who never disappoints with her love for latex, for her third wardrobe change, at the Latin Grammy’s, Christina Aguilera stepped out on stage in a bejeweled latex bodysuit to sing “Cuando Me Dé la Gana” with Christian Nodal.

She accessorized as any great lover/wearer of latex would with a matching latex headscarf and even more jewels around her neck.