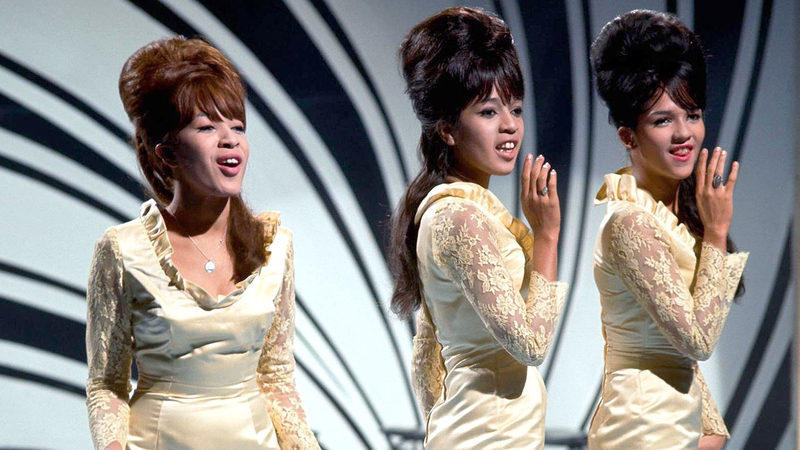 Not so much known for latex couture as Go-go boots and a “beehive hairdo” (at least when she first made the scene), Ronnie Spector cut a definitive fashionable path into pop culture. She was also a rock and roll icon.

The lady died this week at the age of 78.

These days with fans obsessing over Adele’s off-the-shoulder red satin Vivienne Westwood dress, which she wears so well in her new music video “Oh My God,” we forget how women like Spector led female style, panache, and empowerment. The sky-high hair she and her ‘girl group’ The Ronettes sported, as they smashed into the pop world with hits like “Be My Baby,” “Walking In The Rain,” “(The Best Part of) Breakin’ UP,” and plenty of others, notably set in Ronnie and all the women she inspired to front their groups with a specific look and style.

Certainly ‘influenced’ by her songwriter, producer, then husband, Phil Spector, still Ronnie and the Ronnettes seemed to have a handle on what they were doing. As the AP noted these quotes from the lady in her obituary:

“We weren’t afraid to be hot. That was our gimmick. When we saw The Shirelles walk on stage with their wide party dresses, we went in the opposite direction and squeezed our bodies into the tightest skirts we could find. Then we’d get out on stage and hike them up to show our legs even more.

“The louder they applauded, the more mascara we put on the next time. We didn’t have a hit record to grab their attention, so we had to make an impression with our style. None of it was planned out; we just took the look we were born with and extended it.”

Indeed, Spector enjoyed a career well into the ’70s, 80’s and beyond, with hits ranging from Christmas songs to her turn lending her voice (and strutting wiggle to the video) on Eddie Money’s “Take Me Home Tonight.”

Ronnie Spector was a lady in a class all her own.