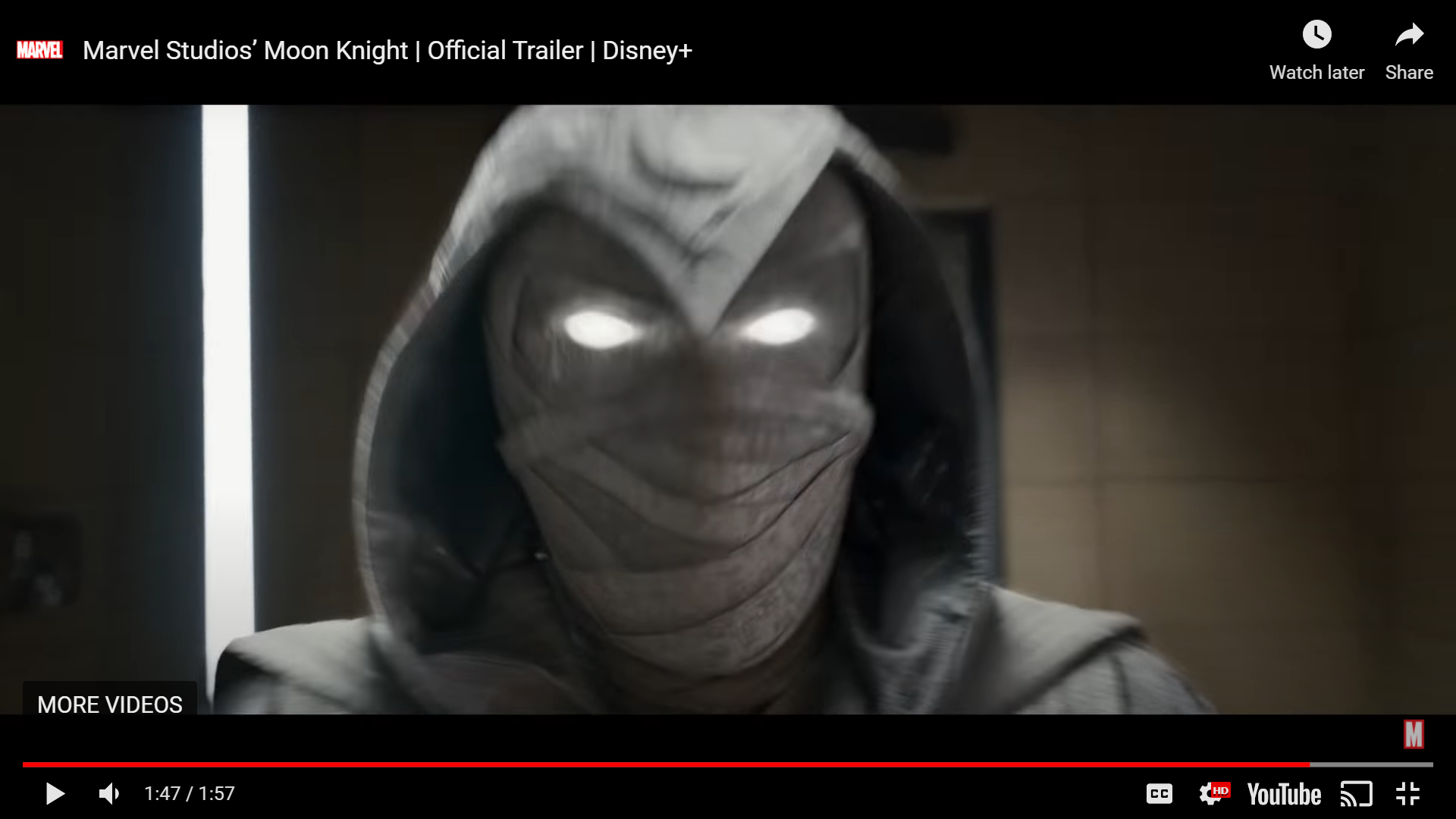 Whether it was real or imagined, made of latex, or if there will be some PVC, and leather along the way, comic fans, cosplayers, and certainly, Moon Knight fans are ecstatic over their beloved character’s costume reveal. What we all just saw, albeit only briefly, in the first trailer for Disney +’s new series, as much speaks to some fantastic action as some imaginative wardrobe choices for a character so many fans have been hoping to see brought to cinematic life.

There’s a lot to “unpack” of the M.K.’s costumes. Marc Spector/aka Moon Knight, suffers from multiple personality disorders and other mental illnesses and in the comics about him, his costumes have mirrored that fracture. He’s worn capes, gauntlets, a three-piece suit, etc. in his history and until this series premiere (March 30th 2022 to be exact), it’s impossible to know how exactly this streaming version might be treating the character’s look.

As the story goes, the Egyptian God Khonshu imbued Spector with superpowers after the God resurrected a dead Spector. As a result, the costume for Moon Knight then was ‘mummy-inspired.’ And while we do see some of that influence in the trailer here, there could be so much more to this costume than meets the eye. Other costumes this character has worn have been made of Kevlar and a textile called Carbonadium. Overall, even the small glimpse we are teased with look accurate to the character’s various comic book iterations.

The glowing white eyes are also a sure feature of Moon Knight that fans were happy to see featured.

The cowl/hood, seen here, is also another essential feature, as is the character’s cape. As it is to Batman, especially.

It’s not clear from the trailer if Moon Knight is accessorizing his battle-ready alt. ensemble with a weapons belt, but he usually does wear one.

The main departure of the costume in the trailer really is color. Defying more anti-hero tropes, Moon Knight’s costumes have traditionally been white, though it’s also been silver and all black. The trailer reveals a grittier, grey suit. This could speak to more the Egyptian Khonshu/mummy influence.

Until this series’ premier at the end of March, or we see more trailers, fans are left guessing, as they always actually have been, about Moon Knight.