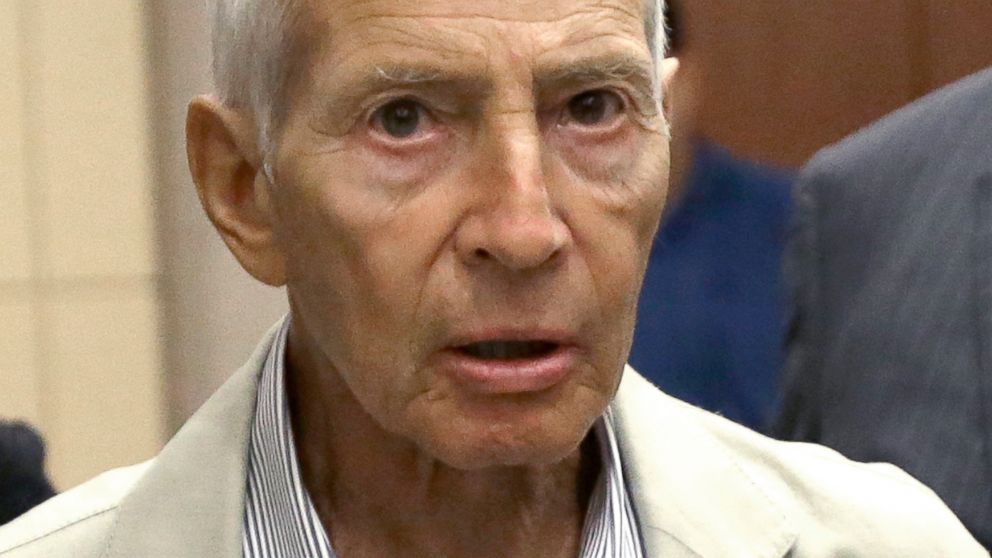 Well, don’t be surprised if you hear about this: The twisty-turn-y Robert Durst case that exploded last week after the NYC real estate heir (Durst) seemingly admitted off-camera in an H.B.O documentary about him, to murders he has been suspect of but never charged with, grows stranger every day. During a warrant search of Durst’s New Orleans hotel room police found quite a few items the press feels quite incriminating: $42,000 in cash, distributed in $100 packets, a gun and a latex mask.

When these wacky guys go wrong-and attention eventually turns to them-too many times some sort of kink, fetish activity or attire is discovered in their possession or on their person. Surely, we all know a latex mask, fanciful butterfly collar  or any other item of seeming alt. wardrobe or fantasy dress-up does not a weirdo or even dangerous person make. Still, you can bet the blog o’sphere will be alive for quite a while reporting about that damn mask, maybe beyond everything else in this case.

Durst, who is the subject of the H.B.O. documentary The Jinx; The Life and Deaths of Robert Durst certainly comes across as one of the more enigmatic public figures of late. His connection to such a wealthy family, his odd way of non denial denials-even allowing the documentary interviews to be conducted in the first place-adds such a depth of mystery to this guy who actually was brought to trial for murdering (though he claims in self defense) his next door neighbor who he then dismembered! Details like his cross-dressing on occasion to elude spying and capture, and now the ‘smoking gun’ for us latex lovers, make the guy just perfect for tags of pervert and weirdo, when all we might just be seeing here (and admittedly what we might be seeing is a lot) is a multiple murder.

A politician might send naughty pictures of himself across Twitter or a infamous killer might be brought to justice. But if a smidgen of garden-variety kink/fetish/fantasy is found in their life, in action, or article of clothing, well you just know that the press is going to have a field day reporting on it.