Rihanna Gets Kinky With Alexander McQueen 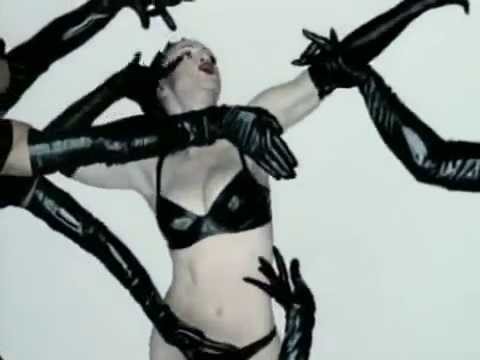 Rihanna slips into fetish-themed couture paying tribute to designer Alexander McQueen. RiRi appears in the Spring/Summer 2015 issue of AnOther magazine along with Lea Seydoux and Stella Lucia. But it is the pop queen who is making headlines as she poses in her pics in quite the alternative wardrobe and even baring her breast.

Shot by Inez and Vinoodh, Rihanna wears platforms designed by McQueen for his 1997 Givenchy collection, plus thin-stripped bondage couture created by McQueen’s creative director. It’s a slinky hot, even dangerous look, but this particular pop diva has been near naked on many occasions…and let’s face it, she looks good! 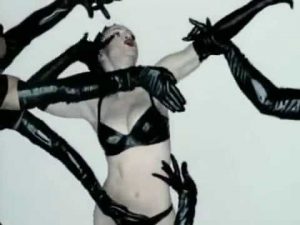 The thing with alternative fashion is that, in the mainstream, it does rear its naughty head in loudest of ways. Recall all the controversy over Madonna posing and prancing in what was considered at the time ‘racy’ couture-mostly blindfolds, full black shiny catsuits and long gloves-(like these: https://dawnamatrix.com/shop/accessories/opera-length-gloves/) in her videos for songs like “Human Nature” and “Exotica.” Often celebs lead the charge in what they wear or in their actions…did you hear that Dakota Johnson admitted to stealing her underwear from the set of Fifty Shades, it was so delicious? Or we get little hints of what could really be on a costumers’ or directors’ mind when they slip-in decidedly naughty accessories like a latex leopard cincher that even the most novice latex fashionista notices of.

Really, we can’t blame this all on Rihanna, can we?