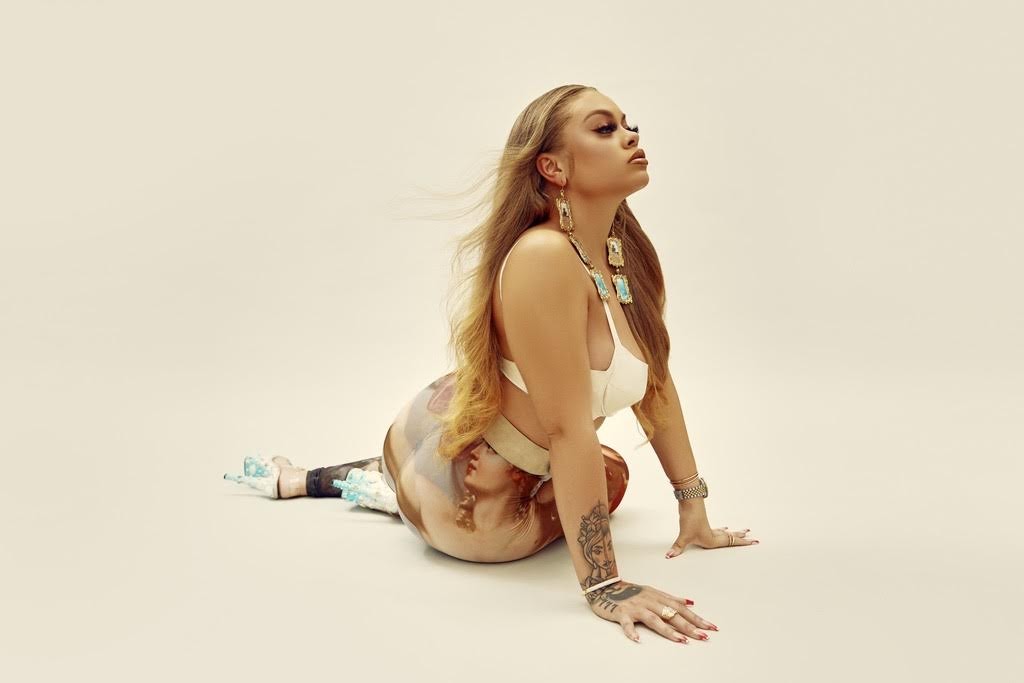 We’ve already blogged about the latex couture, super-naughty lyrics, and startling, star-studded cameos in Cardi B’s new “WAP” video. It’s quite a romp through wild, colorful sets, dripping with ultra-sexy alt. wardrobe featuring modern-day divas…and big cats. One of the ladies that appear in the video is Atlanta-bred rapper, Mulatto and we just provided some latex wardrobe for a photoshoot featuring this 21-year old superstar rapper.

Alyssa Michelle Stephens (Mulatto’s birth name) has been rising through the rap universe for some time now. As with anything hard-won, the lady has worked hard to get where she presently is. At 16, Mulatto won the premiere season of the Lifetime show The Rap, putting her firmly on the scene in a way she had never been. And a year ago, her “Bitch from da Souf” song broke through (see the video here), and she was signed to RCA Records. Just this month, that song peaked on the Billboard Hot 100 chart. Her follow-up single, “Muwop” (see the video here), featuring rapper Gucci Mane, is another fantastically outfitted mini-movie of female empowerment, and tons of fantastic costumes and sets. This song, as well as “Bitch from da Soul,” appears on Mulatto’s RCA debut, “Queen of Da Souf,” out presently.

Like lots of powerhouse ladies of modern music, Mulatto also has a strong fashion connection and was picked by Rihanna to be a Savage Fenty ambassador.

I’m always excited when wardrobe projects local to Atlanta come my way. And to once again be involved in the modern music scene is something Dawnamatrix is as much striving for as anything else we do in our particular couture business. I want to thanks stylists Tabitha Sanchez and Todd White for the chance to dress the “Queen of Da Souf,” Mulatto. It was a pleasure to be part of her world for even a brief time.

You can see it in two different angles on here and here.