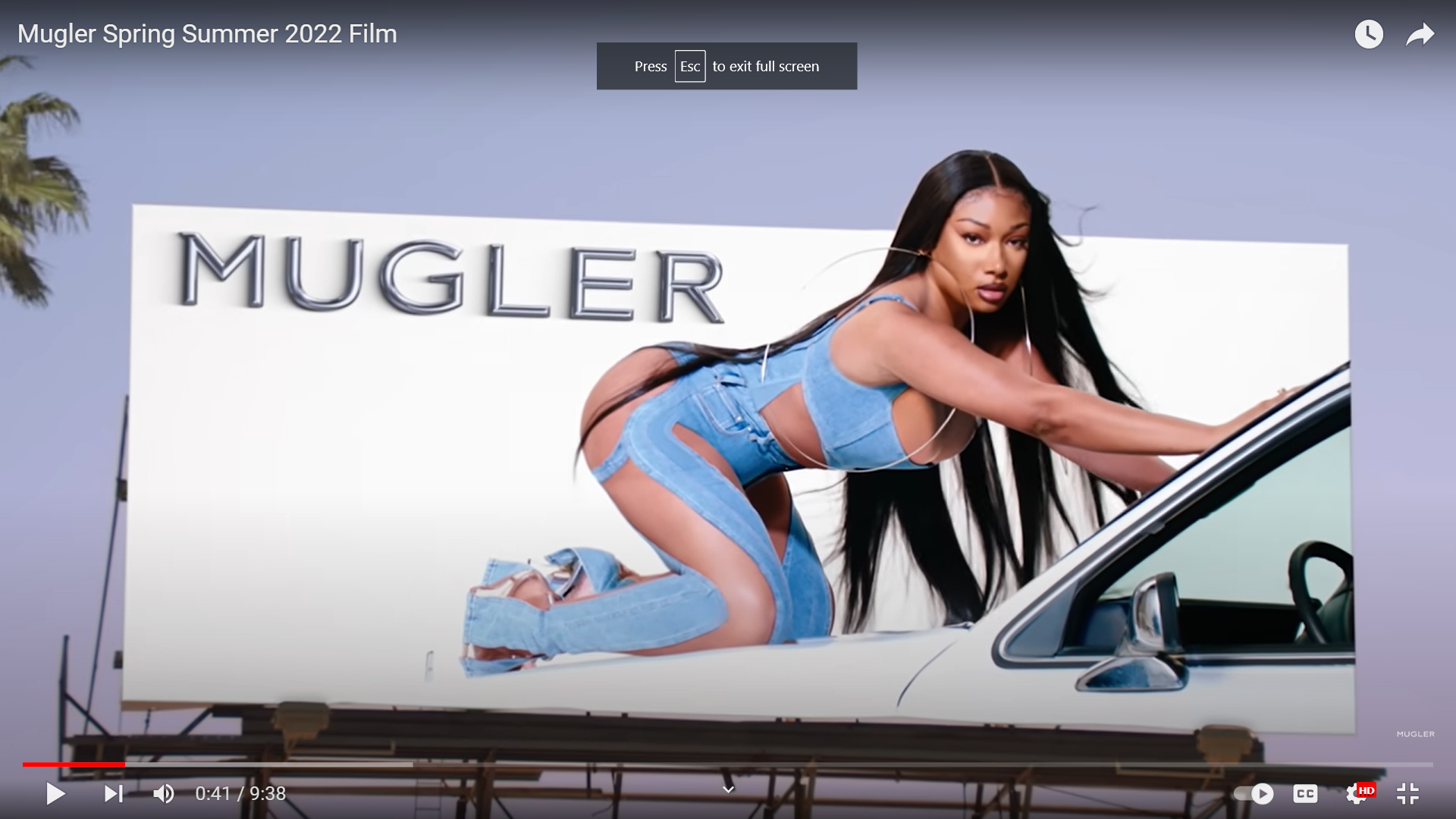 As Casey says of the film’s focus (see it here), “This whole idea of focusing on the bum as much as other people focus on the boob is something I really took from Manfred.” And it’s evident in this 9-minute film that Cadwallader is celebrating booty here as much as possible.

With an opening featuring Megan Thee Stallion in tight denim with cheek cut-outs, models surrounding her dressed just as “cheeky,” her snippet ends with the singer posing high atop a faux billboard add showing off her ass-ets.

We are then taken to the backlot of a movie studio, with Chloë Sevigny being filmed by the other beauties manning cameras, boom mike, and cranes. These street scenes flip to stark white ‘interiors’ as we get more models strutting through, showing off more fashions.

Not very much later, we get some wonderful shots of mixed and matched color outfits and our first real peek at latex among the neck-to-toe pieces.

We then get the models cavorting around, in, and on top of a white limo. Then a stunning red latex outfit with the white room of the interior set falling around her after she leaves it.

The film ends with Marie Kochetkova dancing only as she can, alongside Barbie Swaee dancing in her own way. Both ladies are wearing a Mugler sequin halter dress, with a plexiglass collar, from the designer’s ss98 collection.

What we might see next from Mugler is anyone’s guess, but this new film surely keeps with the designer’s ethos of mixing arresting alternate fashion pieces with stunning visuals.