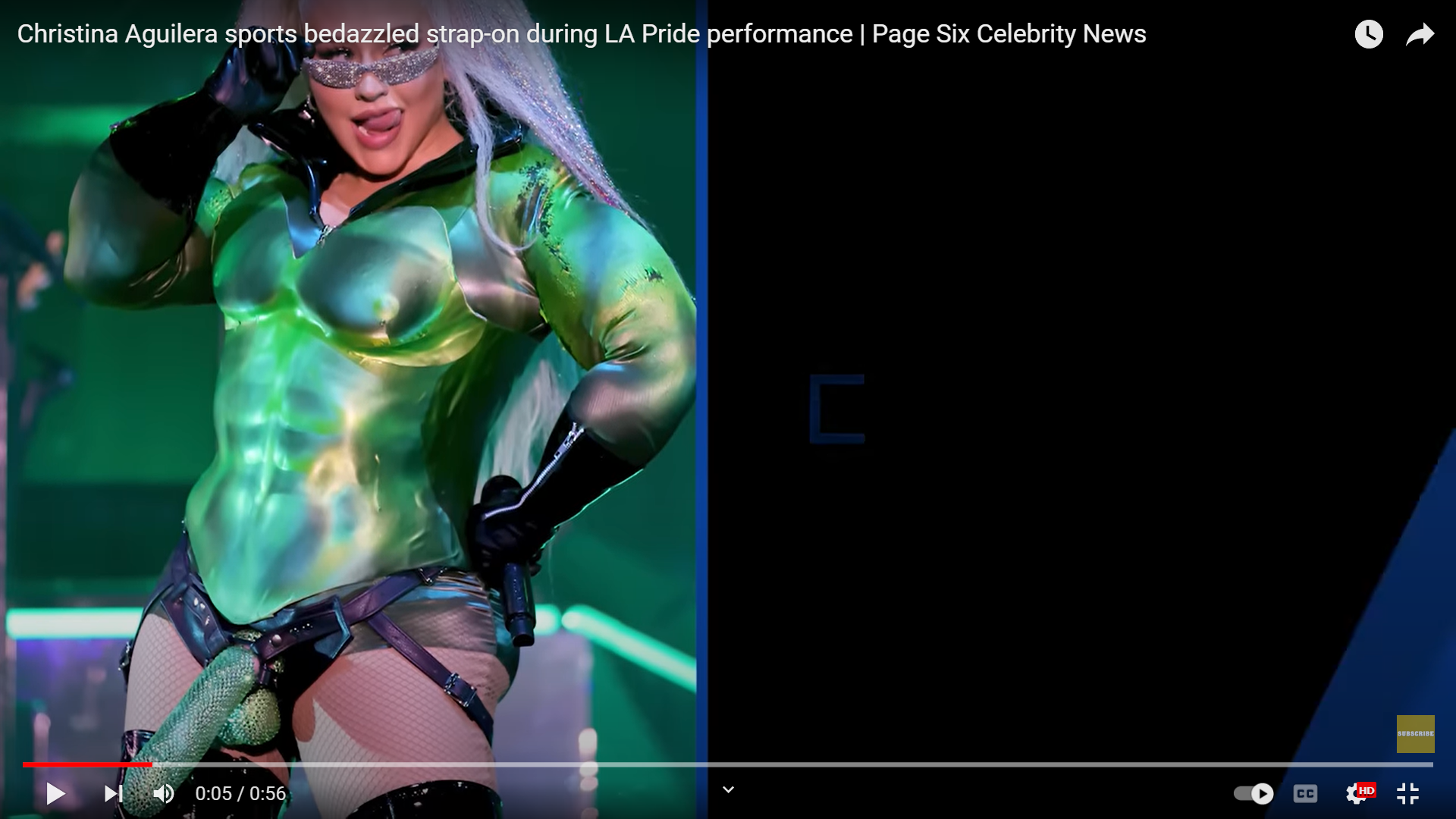 Whether she is wearing some latex couture or slipping into a recreation of a wardrobe piece she wore in some video years ago, we seem to be featuring a lot of Christina Aguilera of late. But it’s hard to ignore her, especially when one considers the dizzying amount of wardrobe changes (and one quite naughty one) she managed last weekend at her concert for L.A. Pride 2022.

As much as performing “Lady Marmalade” with Mýa during the hour-long show, Xtina managed eight wardrobe changes. Stylists Anna Trevelyan and Chris Horan helped her all along the way for her spin across the stage at Los Angeles State Historic Park. Aquilera wore a cone bra obviously inspired by another well-known modern-day diva. This bra, though, had the extra feature of being able to shoot rainbow color Pride flag celebratory confetti. She also strutted across the stage in Chris Habana bespoke shades, a red Zigman trench, and corset. In yet another change, the 41-year-old diva wore a bright yellow Savage x Fenty ensemble with yellow feathers. In yet another, she performed wearing a denim micro-mini, a Sami Miro bodysuit, and yet again more feathers, wearing a feather boa.

Singing the song “Beautiful,” she wore a purple trench and a Garo Sparo bodysuit and GCDS sequined Pride flag skirt.

By far, the most arresting wardrobe change for the day, though, had to be Aguilera’s fetish-y spin in a green Venus Prototype breastplate, with an equally green sparkly ten-inch strap-on jutting from a harness she wore over her hips.

Obviously, outrageous, fetish, fun, and colorful displays are what one expects from a concert where people of all sexual expressions are championed. But no one should have had any doubt that Christina Aguilera would even top herself last weekend, which she did vocally as well as visually.