More Of Dawnamatrix In Japan 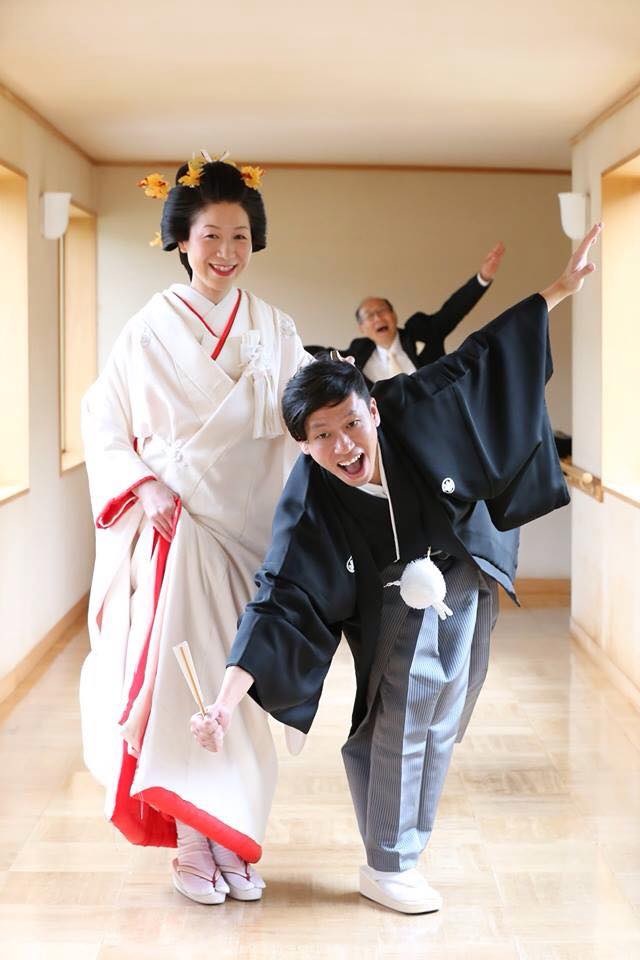 In our first blog about our recent trip to Japan we elaborated on a surprise adventure we experienced when entering the country. But there was more to our visit then just team Dawnamatrix being filmed for the T.V. show “Why did you come to Japan? 「Youは何し日本へ？」” . In fact, in what we wrote in our last blog, we stumbled into that show appearance but the real reason we came to Japan this time was to attend the wedding of our friend Masakazu (the groom) to Mayu (his bride.)

I met Masakazu a decade before when I lived in Japan, and became good fast friends with this very interesting man. Masakazu was a war photojournalist before becoming a fashion photographer, so you can just guess at what he has seen, from ‘ravages’ to ‘riches’…of fashion. His talent is second-to-none, as has been his friendship and we were honored to be part of his special day.

A day that was a beautiful in every sense.

The moving wedding ceremony took place in Takayama City at Kakusho, the most famous and exclusive traditional ceremony hall in the city. Mayu wore a kimono of a “furisode” style (our Crane Kimono is of a furisode style, see here) and Masakazu “Hakama” pants (see ours here.) Japanese weddings often include 3 or more costume changes, including a white kimono with a hood that symbolically covers a brides “horns” during the Shinto ceremony, a gorgeously decorated furisode kimono with long sleeves, and a Western style wedding dress. The reception included a tea ceremony, which was developed hundreds of years ago as a method for samurai to achieve zen. Very apt, as the families of the bride and groom met for the first time at the reception.

As you well know a good selection of Dawnamatrix latex couture is influenced by my years living in Japan. In many circles we are as well known for our latex kimonos as our catsuits or leggings. To see Japanese fashion, fashion that so intrigues and still very much inspires me, married (excuse me the use of this word) with the time-honored ages-old traditions of such a stunning ceremony, featuring people I love, was moving in a way I can’t truly describe.

Our whole time in Japan was wonderful, begun by celebrating the future of such good friends.