Miss Bey Has a Malfunction 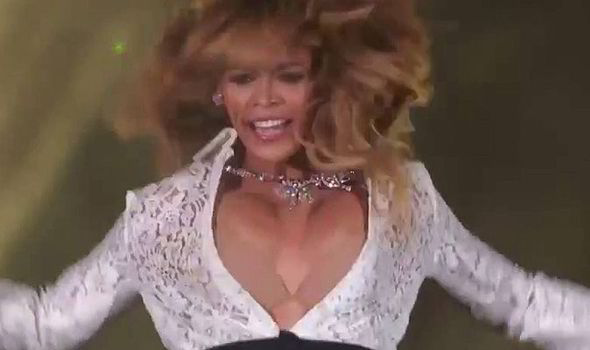 The most famous one had to be Janet Jackson’s at the Superbowl…although who knows if Justin Timberlake grabbing her top off to reveal her nipple encircled/pierced boob was a true wardrobe malfunction. But when it happens to Beyoncé, Miss Bey, the reigning queen diva, to be sure a wardrobe malfunction is going to make news.

Yes, we have been about the lady here, post our own VMA brush-with-greatness with her. Beyoncé  is so popular in fact, that a Harvard professor has taken to asking her students to “decide what they would have done if they were working for Beyoncé,” in a Strategic Marketing in Creative Industries class. But it seems the superstar singer’s s top opened during an live on-stage performance with her hubby at the Global Citizen Festival just the other day and with perfect aplomb Blue Ivy’s mom covered it well. (Basically Beyoncé shook a little too much and revealed a nude-colored bra she quickly covered by holding her shirt closed for the remainder of the song…see it here.

When it comes to this kind of attention, warranted or not, it is as much what the celebrity wears as what’s revealed. Standing the idea of fashionable couture on its head, the Snap-Chat capture, the ubiquitous side boob and all that backside we see all too often from the likes of a Kim K. seems to indicate that, as has been the case for many a decade, fashion takes a ‘backseat’ (if you will allow) to the people wearing that fashion or what they do when they wear it.

Hell, here at Dawnamatrix we are not against a little skin showing. From a flashing a little leg (see here) to maybe some cleavage, if one is so inclined (see here) or even a bulge at times (see here…women can’t have all the fun).

Deliberate or not, a Beyonce’ wardrobe malfunction was news, as much as any other passing fashion of the week.