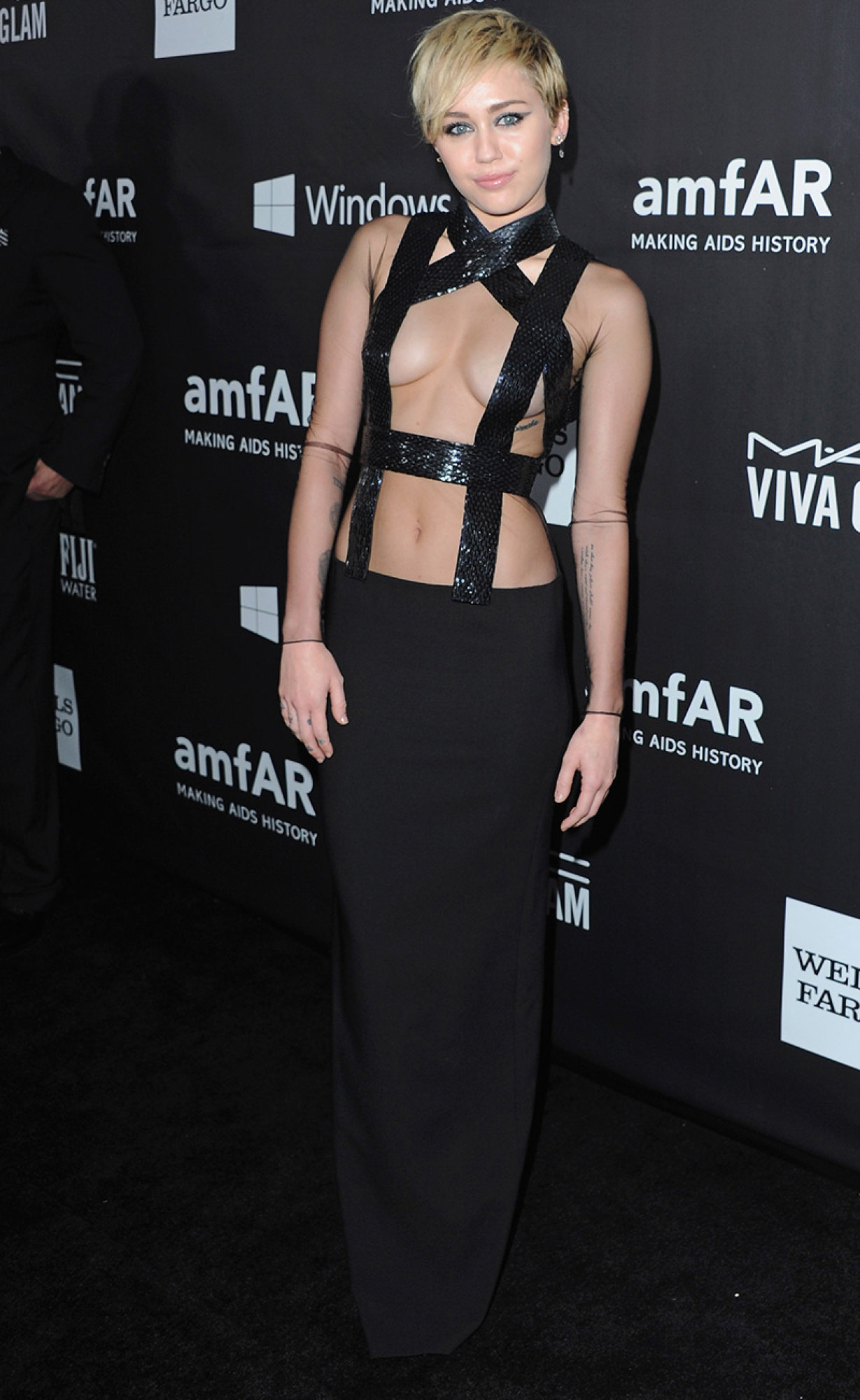 Latex wearers as much enjoy the comradery  felt when stepping through an event like the Montreal Fetish Weekend, as sharing a meal and stories at a munch with our fellow like-minded fantasy players. But then Hollywood appropriates our fashions or fantasies-as in the upcoming film version of “Fifty Shades Of Grey” or some pop diva’s like Madonna and Katy Perry cavort across a magazine in black Lyrca and latex outfits, we do tend to look over with a rather jaundiced eye at the seeming intrusion into our world. This week we had another mainstream jump into our waters when Miley Cyrus attended the amfAR LA Inspiration Gala, wearing what could be called called ‘Bondage Chic.’

Miley is a young woman seemingly hell bent on twerking her way to a Disney disconnect. We have all seen her consistent Instagram posts, her provocative (and very ‘stripped down’) videos and live performances, but this week the 21 year old singer sported a Tom Ford-designed creation of sheer top with crisscross sequin straps just covering her breasts and a long black skirt. Fashion fans and critics jumped on the look, describing the outfit as ‘bondage inspired’ (as if even any of us know what that means really) and Miley got tons of mileage from the pics of her at the event.
We have strategically strapped halters, revealing cleavage tops, and a goodly amount of sheer and transparent panels (see here , here and here) but we dare think that the fetish/kink/whatever-inspired seems to be is in the eye of the wearer when it comes to mainstream couture. Interestingly enough, at this same gala, fetish model queen Dita Von Teese was sporting a simple satin head-to-toe length satin gown with no hint of any alternative wardrob-ing. How’s that for fashion irony?

So stepping-out in Hollywood if indeed in racy or ‘fetish-inspired’ attire might be something lots of stars are doing but it seems one woman’s bondage might just be another’s chic.