Trying to Hold On To Megan Thee Stallion 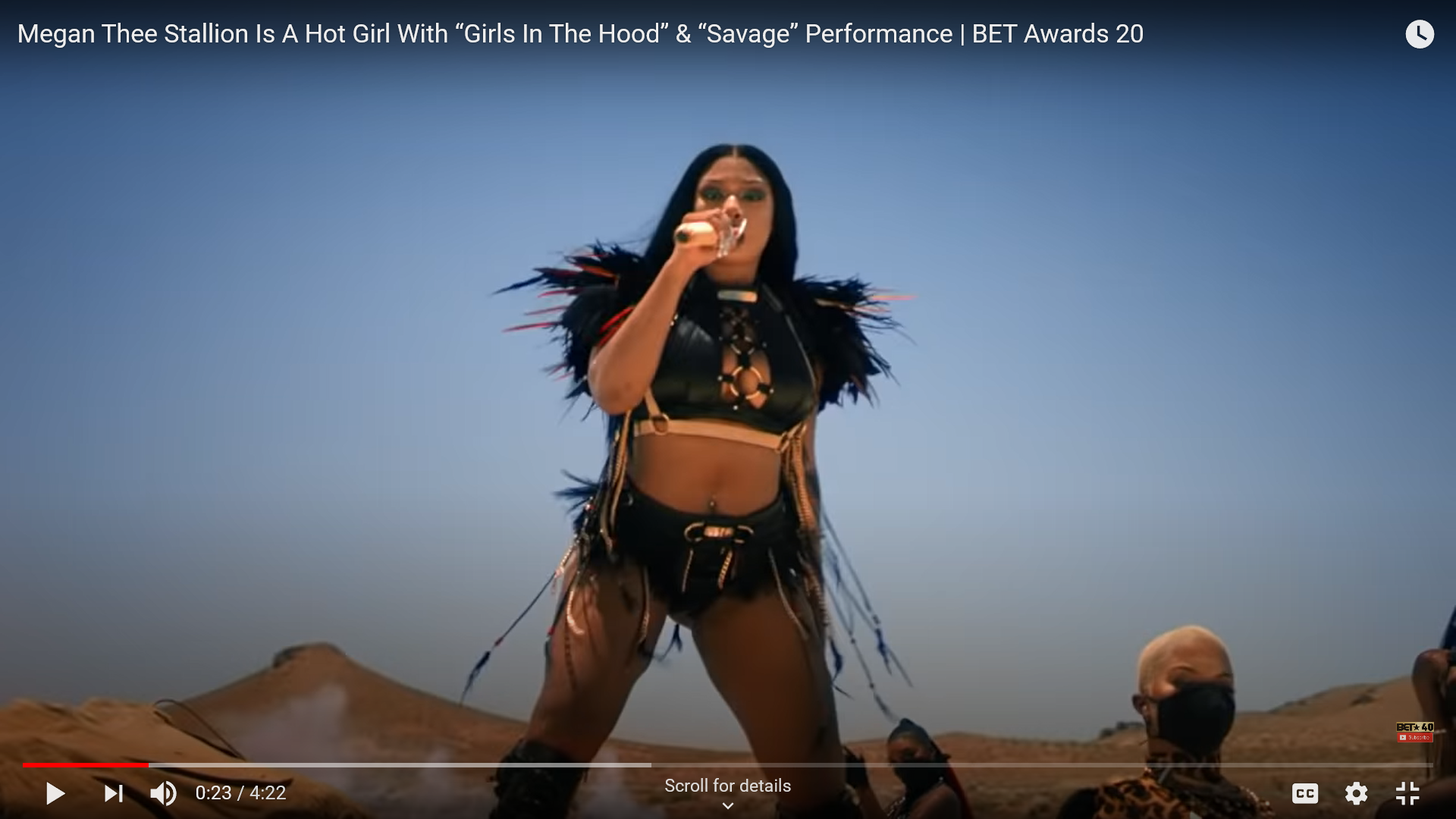 Megan Thee Stallion is a performer who’s been wowing us all with her wardrobe choices of late, from latex, to leather, to lingerie. Always working her curves into stunning alternative looks and sexy styles, on the most recent episode of HBO Max’s “Legendary,” the 25-year old singer, actually ‘upped’ her A-game.

For the H.B.O. Max show, Megan added high-high white vinyl boots to a white corset under an equally white catsuit (with tiny black stitching), brandished a whip, and sported a tail and cat ears. A voguing competition series, “Legendary,” is inspired by dance contests that the underground ballroom community holds. Made famous in 1990 documentary Paris Is Burning, on the H.B.O. show contestants, from different “Houses” engage in highly-stylized dance-offs, hoping to win a $100,000 prize. Megan The Stallion serves as one of the judges on the show, as does Jameela Jamil, Law Roach, and Leiomy Maldonado.

We also just saw Megan performing at the 2020 BET’s Awards, singing her songs “Girls in the Hood” and “Savage.” In the video she premiered at the virtual awards event, the lady ruled over a “Mad Max”-like desert landscape, wearing a two-piece black leather outfit, made by Ashton Michael. She also recently starred in Puma’s Cali Sport sneaker campaign, wearing a lavender tracksuit (showing that she could “soften things up” when needed), collaborated with Fashion Nova to creat jeans for taller women (Megan is 5’ 10’’) and appeared in Rihanna’s Savage x Fenty lingerie brand’s summer ’20 campaign, her curves supposedly “breaking the net,” when she wore the brand’s Lovelace bra and ribbon panties.

Marrying her pop music output while pushing style to the limit, exploiting her curves, and current popularity, Megan Thee Stallion is merely doing what all great divas before her have done. Where she will ride to next, her fans and fashionistas can only fantasize.